This post provides up-to-date data beyond that included in Humanity tested and Sustained suppression.

[Data updated on Wednesday May 27. Graphs were revamped on April 27; since then some data errors have been corrected and new countries have been added.]

Insights from the data:

COVID-19 confirmed cases and deaths for selected countries in a 14-day window ending at each data point (successive data points on a line denote consecutive days). Numbers in colour are the approximate number of total PCR (polymerase chain reaction) tests per million people up to the data point indicated. Stars indicate when strict lockdowns were enacted.

Deaths lag with respect to confirmed cases, as indicated by the estimated two–to-three weeks interval between the onset of symptoms and death. Case fatality rates — that is, the fractions of total confirmed cases that have become deaths — mostly depend on the extend of testing, on the capacity of a country’s healthcare system, on its demographics, and on the availability of drugs that can significantly dampen the severity of COVID-19 in those infected. The case fatality rate of COVID-19 is expected to be a multiple of that for seasonal flu in the United States (0.1%).

Countries that deployed tests for detecting SARS-CoV-2 RNA early and widely (such as South Korea), that applied contact tracing and targeted physical distancing measures for detected cases (such as South Korea and Japan), or that enacted early strict lockdowns (such as China) are more likely to contain the disease outbreak earlier. In fact, Singapore, Hong Kong and Taiwan have contained COVID-19 outbreaks, and manage to limit COVID-19-related deaths to less than 10 (hence, these countries are not included in the figure).

Individual data points can be affected by reporting errors and delays, by wilful underreporting, and by location-specific definitions (and changes to them) for confirmed cases and COVID-19 related deaths.

Below are similar graphs, for total confirmed cases and total deaths (rather than for 14-day rolling numbers).

Back to Editor
Next 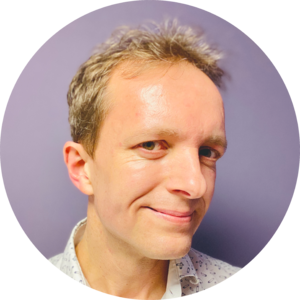 The race against COVID-19

The identification and isolation of individuals with COVID-19 can help to flatten the epidemic curve and win us time to wait for the vaccine development and production and antiviral drug therapies (this is the Nature Nano editorial for the April issue which will be published in the next few days).

Wenjie Sun
Nature Research Bioengineering Community
We use cookies to help improve your experience. By continuing to browse our website you are consenting to our use of cookies.
Learn more