A new kind of stealthiness

The first introduction of PEGylation by Davis and colleagues1,2 in the 1970s marked the beginning of an era of covalently conjugating the hydrophilic polymer poly(ethylene glycol) (PEG) to therapeutic biomolecules to improve their delivery as drugs. When drug–PEG conjugates circulate in blood, the polymer acquires a hydration layer that effectively increases the size of the conjugate and reduces renal clearance, and also shields the drug from being recognized and cleared by the immune system—a property which established PEG as a ‘stealth’ polymer. Today, with more than ten PEGylated drugs approved by the US Food and Drug Administration (FDA) and many more in clinical and pre-clinical development, PEGylation has become one of the most commonly used drug delivery strategies in the clinic.

Whereas for many years PEG was generally believed to be a non-immunogenic polymer, reports on the induction of antibodies against PEG in animals actually appeared as early as in the 1980s3. However, the clinical implication of PEG immunogenicity did not become clear until the past few years as more PEGylated therapeutics enter clinical trials. Induction of PEG-specific antibodies in patients has been reported in clinical trials of PEG–uricase4,5 and PEG–asparaginase6. Anti-PEG antibodies can have serious clinical consequences, including immune-mediated accelerated clearance of PEGylated drugs that abrogates their therapeutic efficacy, as well as severe and sometimes even life-threatening infusion reactions. The ubiquitous presence of PEG in consumer products such as shampoos, lotions, toothpastes and as additives in food and laxatives has even led to the formation of pre-existing anti-PEG antibodies in the general population, putting individuals at higher risk if treatment with a PEGylated therapeutic is needed in their lifetime. In fact, a recent clinical trial of pegnivacogin, a PEGylated RNA aptamer, was prematurely terminated as a result of two serious and one life-threatening cases of first-exposure allergic reactions due to pre-existing anti-PEG antibodies in treatment-naïve patients7.

Figure 1 | Schematic of an exendin-C-POEGMA conjugate, where the polymer is grafted from the C-terminus of the peptide by sortase-catalyzed polymer conjugation8. Exendin: exendin-4, POEGMA: poly[ethylene glycol (methyl ether methacrylate)]. Image of exendin from RCSB PDB ID 1JRJ9.

We had been implementing our previously developed sortase-catalyzed polymer conjugation technology8 with the therapeutic peptide exendin-4 (exendin) when the emerging issue of PEG immunogenicity caught our attention. As our technology conjugates the PEG-based brush polymer poly[ethylene glycol (methyl ether methacrylate)] (POEGMA) to therapeutic biomolecules (Figure 1), we immediately became interested in finding out the PEG antigenicity of our material, or its reactivity toward pre-existing anti-PEG antibodies in patients. In collaboration with Dr. Michael Hershfield (also at Duke University), who played an important role in the development of the US FDA-approved PEGylated drugs PEG–uricase and PEG–adenosine deaminase, we were fortunate to have access to clinically validated assays for testing our conjugates against anti-PEG antibodies in patient plasma from a phase-II clinical trial of PEG–uricase. Our initial finding that an exendin-POEGMA conjugate with an average of nine side-chain oligo(ethylene glycol) (OEG) repeats show significantly lower reactivity toward patient-derived anti-PEG antibodies compared to two FDA-approved PEGylated drugs10 convinced us that presenting PEG as short oligomeric side-chains with tunable length is an excellent platform for modulating and potentially eliminating PEG antigenicity. Indeed, we were subsequently able to show that POEGMA with precisely three OEG side-chain repeats completely eliminates PEG antigenicity while maintaining long blood residence time10.

This finding has important clinical significance, as it means that therapeutic conjugates containing POEGMA with three side-chain repeats will not cause any serious allergic reactions or result in accelerated clearance of the conjugates due to pre-existing anti-PEG antibodies in patients. This is based on the assumption that there are no pre-existing antibodies against POEGMA in the general population, which is expected to be true as POEGMA is currently not in any common consumer products. We believe that to ensure long-term safety and effectiveness of POEGMA conjugates of therapeutics, it is essential that this remains the case. The ability of side-chain optimized POEGMA to evade pre-existing anti-PEG antibodies in patients marks a new kind of stealth behavior.

The paper is published in Nature Biomedical Engineering (ref. 10 below). 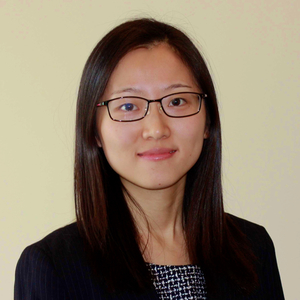