Making cells that protect the heart

As I studied human-heart development, I learned the physiologic significance of different types of cells present in the heart, including cardiomyocytes (CMs), epicardial cells, endothelial cells, smooth muscle cells and fibroblasts. Epicardial cells, the outermost mesothelium layer of the heart, attracted me the most, as these cells generate other cells and trophic factors during heart development and cardiac repair. Despite significant advances in the generation of CMs from hPSCs (1–3), the differentiation of hPSCs to epicardial cells has received little attention until recently (4, 5). Existing hPSC models for generating epicardial cells employed expensive growth factor cocktails, limiting their potential for clinical applications. Motivated by this, at Prof. Sean Palecek’s lab at the University of Wisconsin-Madison we first engineered a reporter hPSC line that produces green fluorescent protein (GFP) once the epicardial transcription factor Wilms’ tumor 1 protein (WT1) is expressed in these cells. This allowed us to monitor cell fate in a high-throughput manner using flow cytometry or fluorescent microscopy. In 2012, our lab developed a defined platform in which the Wnt developmental signalling pathway was manipulated at two specific differentiation stages using small molecules to efficiently generate large numbers of high-quality CMs at a lower cost than other protocols (3, 6) (Movie 1).

As epicardial cells arise from a same progenitor population as CMs, we took advantage of our cardiac differentiation protocol to first generate multipotent cardiac progenitors (Figure 1). Using the WT1-eGFP reporter cell line, we screened many different chemicals and proteins that modulate cardiac developmental pathways, and identified Wnt signaling as a master modulator to direct cardiac progenitors towards cells that express epicardial markers and exhibit epicardial phenotypes including the ability to differentiate to smooth muscle cells and fibroblasts (7). Another challenge impeding the study and clinical translation of epicardial cells is the propensity of human epicardial cells to spontaneously differentiate in culture. To address this, we screened for factors that promote hPSC-derived epicardial self-renewal and found that TGF-β inhibitors permit the expansion of hPSC-derived epicardial cells for up to 2 months without losing their functional properties.

In order to test their in vivo functional properties, we planned to transplant hPSC-derived epicardial cells into infarcted hearts. This was challenging for us, as we had limited access to animal models within our lab. In collaboration with Dr. Timothy Hacker, director of Cardiovascular Physiology Core Facility at University of Wisconsin-Madison, we were able to inject cells directly into the mouse heart but found few remaining human cells after one week. To improve cell viability in vivo, Dr. Eric Schmuck (also at University of Wisconsin-Madison) provided us with cardiac fibroblast-derived extracellular matrix (CF-ECM) for epicardial cell transplantation (8). With this new approach, we succeeded in detecting hPSC-derived smooth muscle cells and fibroblasts in mouse hearts after two weeks, demonstrating their ability to invade myocardium and form epicardial-derived cells in vivo. To further confirm the epicardial identity of the cells, we planned to perform RNA sequencing for both hPSC-derived and human primary epicardial cells. The challenge was to isolate primary epicardial cells from human origin. We were fortunate to collaborate with Drs. Lauren Drowley, Alleyn Plowright, Qing-Dong Wang and Marie-Jose Goumans in Sweden, who supplied us with those cells, with which we showed that the hPSC-derived epicardial cells were similar to primary cells at whole transcript levels. This was the moment when we proved that we had developed an easy and robust method to produce hPSC-derived epicardial cells in a defined, scalable manner.

In short, we developed a chemically-defined, xeno-free protocol to generate functional epicardial cells from hPSCs via modulation of Wnt signaling alone, and demonstrated the ability of these cells to self-renew upon TGF-β inhibitor treatment (Figure 1). The protocol can be used to biomanufacture functional epicardial cells for investigating the roles of these cells in heart development and cardiac repair, bringing us a step closer to cardiac regenerative therapies. 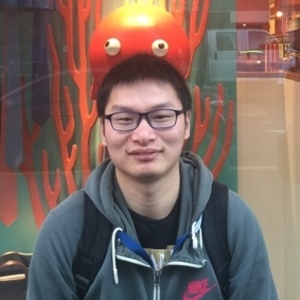