Connecting the dots across different sciences for improving human health

Time to look beyond your own research field and unite efforts to bridge the gap between academia and industry to face the health challenges of the 21st century.

In a world where scientific disciplines are no longer closed within themselves (or within academia), it is interesting to look at the case of metal organic frameworks (MOFs). MOFs are compounds consisting of metal ions or clusters coordinated to organic ligands, and have been used in membrane science as part of mixed matrix membranes1,2. MOFs have good properties, such as high porosity, large specific surface area, a tunable shape and a stable structure, which made them suitable additives to polymeric membranes in order to prevent compaction while obtaining high flow rates2,3. An important subclass of MOFs are the zeolitic imidazolate frameworks (ZIFs), and the MOF ZIF-8 (2-Methylimidazole zinc salt,) has been embedded in a polyamide (PA) thin film layer via in situ interfacial polymerization on top of cross-linked PI porous supports by Sorribas et al 4.

Besides the properties mentioned above, MOFs usually have excellent biodegradability, low cytotoxicity and versatile functionality, which makes them ideal candidates for drug delivery hosts3. Given the properties mentioned above for the MOFs and the fact that ZIFs have very low toxicity and unusually large available voids, it has been proposed by Gao, X. et al, 20163 to use ZIF-8 for an anticancer drug delivery . Gao, X. et al,20163 used the ZIF-8 as the hollow carrier where the targeting drug can be placed. However, in order to increase the drug’s potency, the ZIFs were bonded with folic acid (FA) in order to distinguish cancer cells from normal cells and with chitosan (CHI) to facilitate the ZIF modification. In addition to this, a peripheral fluorescent probe, 5-carboxylfluorescein (5-FAM), was also added to the resulting MOF microspheres in order to have real-time visualization and tracking of drugs in living cells. 5-Fluorouracil (5-FU) was used as a model drug and it is an antimetabolite compound that can prevent tumour-cell pyrimidine nucleotide synthesis. The authors observed that in general terms the release rate gradually decreases with time and the release of 5-FU can be divided into three phases: (1) an apparent initial burst release; (2) the gentle release phase and (3) the slow release phase.

This study demonstrates that with this type of release it is possible to have a drug being released over time in order to maintain an effective concentration in the body or even to have more than one drug encapsulated and released at different time points to enhance the therapeutic effect.

From a pharmaceutical industry point of view, which I would like to emphasise in here, it is important to have more collaboration between academics and industry professionals in order to combine efforts. The first thing is that when developing a new drug it is not only necessary to make sure it is safe and effective for the patients (which are always the first priority) but also the stability and quality of the formulation that goes in the final product. In this study, and besides the ZIF addition, FA, CHI and 5-FAM are used as well and they need to be assessed in terms of safety, toxicity and interactions with other drugs. It is important that from the moment of the assembly of the ZIF microspheres the patient receives a drug that is still effective and safe for usage. On the other hand, from a process point view it is important that for scaling-up the drug delivery technique the process development should be made in partnership with chemists, biologists and engineers to make sure it is possible to not only develop an effective therapy but also one that can reach more patients and save more lives consequently.

Note: The image used for this post was obtained from the website of the Multifunctional and Supramolecular Materials Group, Instituto de Ciencia de Materiales de Madrid, CSIC: http://www.icmm.csic.es/ms-mm/?page_id=273. 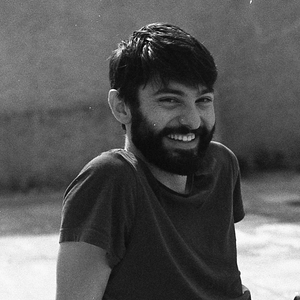