Given the obvious negative impact that loosing part of an upper limb has on the quality of life, academic and industry research has attempted to replace lost limbs for decades. These efforts have led to modern robotic systems that closely mimic the anatomy and function of the hand and arm. Nonetheless, the main challenge of interfacing the robotic parts with the human body so that they can be controlled naturally by the patient, still remains. The current interfacing of the robotic system with the human nervous system greatly lags behind the potential of the robotic limbs. Moreover, there is a gap between the solutions developed in academic laboratories and those clinically offered to patients [1].

Among the ways to interface the nervous system, we have exploited a method that uses muscle tissue as a biological amplifier of nerve-fibre activity [2]. This is achieved by surgically connecting nerves that are severed following an amputation to muscle tissue different from that physiologically innervated in able-bodied individuals. The muscles respond to the new innervation by electrical excitation that corresponds to the amplified activity of the innervating nerve fibres. The video below shows the electrical activity of muscles reinnervated by nerves that control the phantom arm of an amputee. The coloured maps represent the amplified activity of the innervating nerve fibres. In this way, we can establish, in principle, a clinically viable interface with any peripheral nerve [3]. For example, in a previous study in which my research group collaborated [4], Prof. Aszmann at the Medical University of Vienna, who is also the leading clinical contributor of the current study [5], performed a free-muscle transplant from the leg to the forearm and redirected nerve fibres for the control of the arm into the transplanted muscle to generate a stable nerve interface.

Video: Electrical activity of muscles reinnervated by nerves that control the phantom arm of an amputee

The clinical prosthetic systems based on this surgical procedure use the amplified nerve activity as a global signal whose amplitude is mapped into prosthetic commands. The commands are thus limited in number and are rather crude. We contributed to solving this problem by using methods that we have been developing in another research area. Indeed, during the past decade, while working on prosthesis control, we have also been performing basic studies on the neural control of movement via the experimental decoding of the neural activity of spinal neural cells – motor neurons. Within this research area, we contributed to understanding the physiology of motor neurons by developing models, bioelectrodes, and computational techniques to decipher the exact timing of each activation of populations of these cells [6]. In the study that we published in Nature Biomedical Engineering [5], we combined and adapted these advanced decoding techniques, so far confined to basic electrophysiological studies in constrained laboratory conditions and healthy individuals, with the surgical interventions of re-innervation in patients with upper-limb amputations. As a result, we were able to decode the neural information that the patients generated in their peripheral nerves by their spinal motor neurons while controlling their absent limb. Furthermore, we have shown that this neural information corresponded closely to the natural activation of motor neurons when controlling a biological arm, and we have proven that the movement of the absent arm could be predicted by this decoding. The figure below conceptually shows the biological encoding of neural activity in muscle electrical activation. Our task has been to reverse-engineer this system to decode the behaviour of the neural cells.

In principle, the method described would provide control of bionic limbs similar to that of natural limbs. The challenge for future work, however, is to implement this approach online in wearable devices and to evaluate its performance using clinical tests mimicking the activities of daily living. As for other advanced systems for prosthesis control, after the proof of concept that we have provided, the robustness of the method should be extensively tested to translate these achievements into future medical devices. 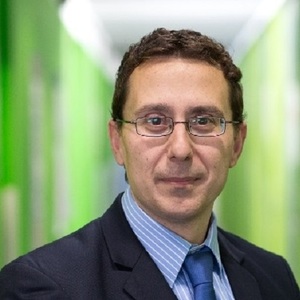