Researchers from the University of California San Diego developed a picoscale assay that identifies and quantifies bacteria in blood samples within 4 hours. In an article published in Scientific Reports, they presented a proof-of-concept of their method for identifying bacteria causing neonatal bacteremia.

Administration of the appropriate antibiotic during the first 24 hours of suspected bacteraemia can save a patient's life. Current identification and antibiotic susceptibility testing of bacteria, however, well-exceed 24 hours and may take up to several days before results are obtained. The clinicians have no other choice, but to rely on empirical antibiotic treatment, which oftens leads to prolonged stay at the hospital and decreased patient survival.

Developing rapid diagnostic tools is essential to secure a patient's live, but also to decrease the inappropriate use of antibiotics that further contribute to the emergence of resistant strains. But current methods rely on time-consuming sample incubation to grow bacteria in order to detect and isolate them for identification and antibiotic susceptibility testing.

In the Scientific Reports article, the authors reported "the development of an integrated platform enabling the identification of bacterial pathogen DNA sequences in complex samples in less than four hours". This platform is based on a microfluidic chip and a custom-made heating and imaging instrument to amplify the bacterial DNA sample with universal digital PCR, before identifying and quantifying bacteria with High Resolution Melt and machine learning in 20.000 parallele picoscale reactions.

What is challenging when performing a genotypic test on infected blood samples is that human genomic DNA will contaminate the DNA preparation. Stephanie Fraley, Assistant Professor in Bioengineering at UCSD, and her colleagues, sorted this out by going picoscale. They partitioned bacterial DNA preparations into 20.000 reactions of 725 picoliters each on a microfluidic chip to achieve single DNA molecule resolution. This made it feasible not only to separate bacterial from human DNA, but also to separate DNA from different bacterial species, which would be essential in the case of a polymicrobial infection.

Because available commercial instruments did not suit the needs of their diagnostic platform, the authors went one step further and developed an Arduino-controlled high resolution heating device and imaging system to incubate and monitor simultaneously all 20.000 picoreactions on the microfluidic chip.

To amplify the pathogen's DNA, they used universal primers for the 16S gene; a highly conserved gene among bacteria but also different enough for their sensitive platform to differentiate among different species. Small variations in the DNA sequence of the 16S gene across different species result in different melting temperatures. The authors took advantage of this property by applying High Resolution Melt. In this approach, a DNA-intercalating fluorescent dye binds the double-stranded amplicons of the 16S gene and fluoresces brightly. As the temperature rises, the double DNA strands dissociate and the dye is released, resulting in a fluorescence decrease. This change in fluorescence generates a characteristic melting curve for each different amplicon.

To test their platform, the authors ran a mixed DNA sample from 2 pathogens causing neonatal bacteremia, Listeria mocytogenes and Streptococcus pneumonie. After processing the generated melting curves with automated Tm threasholding to differentiate between true and false positives and then machine learning, the authors successfully identified and quantified the 2 species tested.

Then the authors mixed DNA from L. monocytogenes together with human DNA extracted from a blood sample to test how their platform would perform in a clinical case scenario. Despite the high background from human DNA, they successfully detected and quantified L. monocytogenes in the sample.

By applying this method directly on DNA from infected patient samples, without the need for a culturing step, this platform could provide the clinicians with rapid identification results and help them chose an effective antibiotic treatment. It would be great to see in the future the platform's performance with blood samples from patients with bacteremia, but also with other samples, such as urine, where polymicrobial infections are common and there is the additional issue of microflora contamination. Apart from clinical diagnostics, this platform could also serve as a valuable tool for identifying microorganisms in environmental samples.

For more details, check the link to the article below:

Haris Antypas
PhD-student at the Swedish Medical Nanoscience Center, Karolinska Institute
Follow
While specialising in infection biology, I became fascinated by technology and how it can be used to improve healthcare. In my projects I combine microbiology with technology to understand host-pathogen interactions and develop diagnostic tools for infection. I’m currently working on biomimetic infection models, nanoscale antibiotic susceptibility tests, diagnostics for biofilm infections, and high-throughput screening platforms of single bacteria.

Pep Pàmies
over 5 years ago
This is indeed a fine example of the diagnostic value of improving technology for genotype identification with single-nucleotide specificity in complex mixtures such as blood and urine. 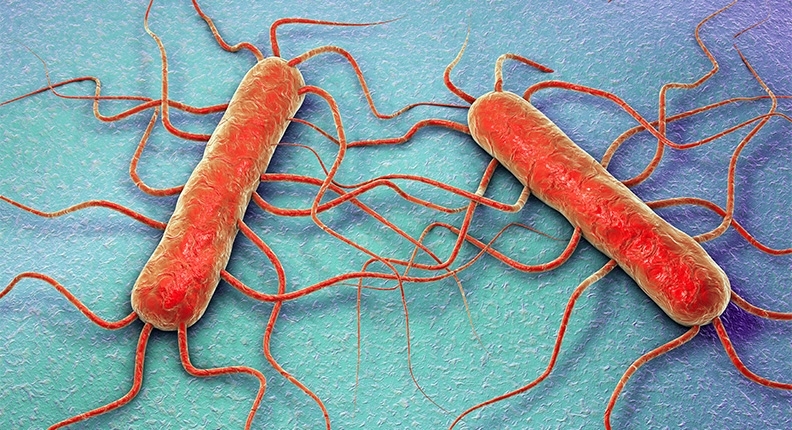