A new design and fabrication approach enable compliant heart-mapping bioelectronic interfaces to be stable long-term in the body.

A couple of years ago, when I graduated from UC Berkeley with training on nanoelectronics, I knew I was lured by the idea of applying electronics to biology. Then I joined Prof. John Rogers’s lab to work on bioelectronics. In collaboration with the team of Prof. Igor Efimov, we started a project with the goal to make a previous prototype developed in the lab — Si-nanomembrane-based heart‑mapping flexible electronics [1] — to be long‑term stable in the body. This type of bioelectronic system is capable of reaching functionality at the computer-chip level, while conforming to the surfaces of the heart and functioning as the heart beats. Yet, achieving long‑term stability in the body was a daunting challenge.

From very early on, we knew that we had to go to the capacitively coupled sensing approach, as the exposed metals are very water permeable and Si is dissolvable in biofluids. Moreover, my past training in device physics told me that we could do active capacitive coupling without sacrificing the sensing fidelity, which became especially apparent after the debate a few years ago on the top and back gate measurements on a relatively new semiconductor — single layer MoS2 [2]. However, finding the right material to serve as the encapsulation layer turned out to be extremely challenging. There were simply no solutions in the literature, or from industry. The dilemma comes from the need to balance at least three important properties of the final system: device flexibility, sensing fidelity and water permeability. While the former two require the encapsulation thickness to be around the micrometre regime, there was no material to deposit which could be water impermeable at this thickness in biofluids.

Soon we realized that we were tying our hands. We had always made the flexible electronics first and then deposited the encapsulation film on top, but we would never succeed as we can never beat the kinetics of defect formation at low temperature where the film had to be deposited. We need high temperature to produce the encapsulation film. Therefore deposition is not the right way to go anymore. After fierce brainstorming together with our team, we decided to reinvent the way of fabricating Si flexible electronics. We chose to take advantage of the existing thin thermal SiO2 layer, which is usually grown at around 1100 oC, in the silicon‑on‑insulator (SOI) wafer. If we build the electronics using the Si in the SOI wafer and remove the back Si substrate while preserving the thermal SiO2 layer, then we can adopt that exact layer for device encapsulation and capacitive sensing. Moreover, the final system is flexible since the bounding from the Si substrate is gone. Although it took us a few months to optimize the entire process flow, we finally realized this idea, and solved a grand challenge. Our ex vivo and in vivo validation on the heart was also successful, as described in our paper. 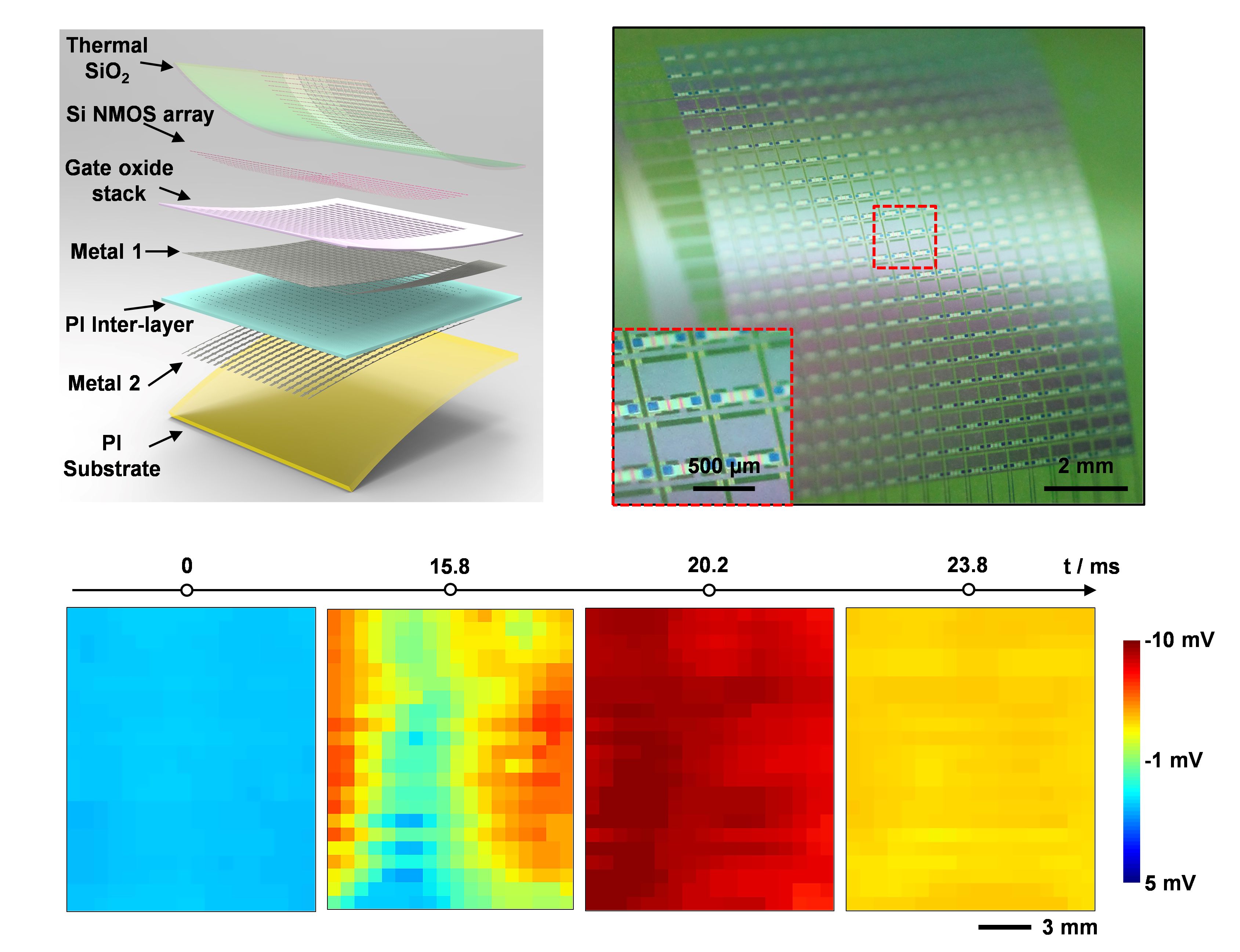 
It has been a fascinating journey for me so far, and I look forward to more excitements to come. It is so motivating to think that all of the gadgets and tools we have developed for modern electronics can now be applied to solving important problems in biomedical research and clinical practice, such as diagnosing and curing arrhythmias, and possibly many others.

Imaging atherosclerosis from the inside 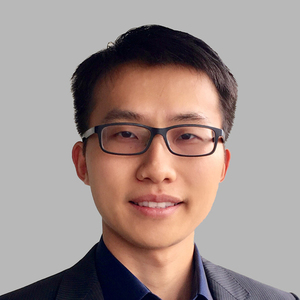