Poly-ribonucleic acids (RNAs) play important roles in living organisms. A few years ago, Dr. Phillip A. Sharp, a Nobel laureate, published an article “The Centrality of RNA” and summarized the critical roles of RNA in biological systems1. Now, not only has RNA been discovered for new functions in biology, but it also has potential to emerge as an essential class of therapeutic medicines like small-molecule and protein drugs.

At my lab in The Ohio State University, we are interested in RNA-based therapeutics. We applied chemical and engineering approaches to investigate the stability and translation of messenger RNA (mRNA)2. The lab has also explored delivery of the CRISPR system (clustered regularly interspaced short palindromic repeats) for treating hepatitis B3. We realized that gene editing efficiency is one of the key challenges for the application of CRISPR in the clinic. While we are developing nanoparticles to improve delivery efficiency in vivo, we are also spending our efforts on the CRISPR itself.

In 2015, Dr. Feng Zhang and co-workers at Broad Institute discovered Cpf1, a type V CRISPR-Cas effector endonuclease4. The Cpf1 system induces gene editing in human cells through a single CRISPR RNA (crRNA)-guided approach4. After carefully analyzing the Cpf1 system with Dr. Bin Li, a postdoctoral scholar in the lab, we anticipated that it is feasible to engineer this Cpf1 system using modified crRNA and mRNA. We aimed to further understand the Cpf1 system and to enhance its gene editing efficiency in human cells. We contacted Dr. Feng Zhang, who generously provided reagents and technical assistance. Based on the results in the literature5, 6, we engineered the crRNAs through chemical and sequence modifications. Meanwhile, we produced a series of mRNAs encoding Cpf1 with top-performing modified nucleotides identified in previous work in the lab2. After extensive studies, we summarized the structure–activity relationship. We were very excited that the optimal RNA combinations did improve gene cutting efficiency by over 300% in three human cell lines and for three target genomic sites.

From this study, we are able to provide useful design criteria such as specific chemical modifications and engineered stem loops for realizing robust gene editing in future biological and therapeutic applications. Moreover, these results expand our knowledge of the Cpf1 system, which inspires us to further probe it. Our ultimate goal is to translate these scientific results and technological inventions into more effective treatments for diverse diseases such as hemophilia7, hepatitis B3, phenylketonuria and brain cancer. We anticipate that more and more RNAs will become important therapeutic medicines. 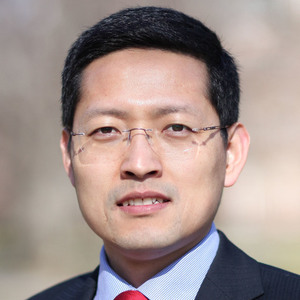 João Duarte
over 4 years ago
It's great to see a live collaborative spirit in this highly dynamic research area.

Susan Jenkiins
over 4 years ago
Is there a future application for RNA therapeutics in such genetic abnormalities as MECP2 duplication; perhaps in utero?

João Duarte
over 4 years ago
These genome editing technologies have the capacity for gene deletion, but its application in humans, particularly human embryos, raises considerable ethical questions. Because of the relatively novelty of this technology these questions are only just starting to be debated, although there are already a handful of studies of genome editing in humans reported in the literature.

Yizhou Dong
over 4 years ago
Thanks so much for the comments! We are working on the development of new therapeutic strategies to treat genetic abnormalities/disorders. Our goal is to achieve Bench-to-Bedside in the near future.