I joined Don Ingber’s laboratory in the Wyss Institute at Harvard University because they had recently combined approaches from cell biology, tissue engineering and microchip manufacturing to develop microfluidic cell-culture devices — known as human ‘organs-on-chips’ — that recapitulate the structure and pathophysiology of key functional units of human organs 1,2. A major DARPA-funded effort in his group focused on developing ten different organs-on-chips, and linking them fluidically to create a ‘human-body-on-a-chip’ to measure drug efficacy and toxicities, and to predict drug pharmacokinetic and pharmacodynamics properties ex vivo. When I joined the team, they had already established models of the human lung, bone marrow, gut, blood–brain barrier, and the kidney proximal tubule 1,3–6. But they were unable to develop a model of the kidney glomerulus, which mediates the filtration of many drugs from the blood and serves as a target for drug toxicities and many kidney diseases 7–9. This was because there were no commercial sources of primary human podocytes — the highly differentiated epithelial cells that encase glomerular capillaries and regulate selective filtration of molecules in the kidney — and because immortalized human podocytes were immature and did not form a functional filtration barrier.

I took on this challenge and initially explored using biomaterials to enhance cell line functionality, but I was unsuccessful. As I had worked on neuronal differentiation in my graduate studies, I was intrigued by the possibility of deriving podocytes from human induced pluripotent stem (iPS) cells. But there were no established methods to do so — at least not in a way that produces mature podocytes with sufficiently high yield as required for organs-on-chips. Working with Don Ingber, we decided to tackle the problem by going beyond the addition of soluble factors alone, and by taking into account past experiences of our own that demonstrated the key roles that extracellular matrix (ECM) and mechanical forces play in guiding cell fate decisions and tissue development. In another meeting with Don and George Church (who is also at the Wyss Institute), we also considered engineering transcriptional activation to induce podocyte differentiation. With several ideas to explore, within a few months I identified conditions that used molecular cues and cyclic mechanical strain to both promote podocyte maturation and reconstitute the structure and function of the human kidney glomerular capillary wall, as well as drug toxicities, within a microfluidic device 10,11 (Figure 1). Without considering the potential role of the ECM and mechanical forces in tissue development, this would have not been possible. 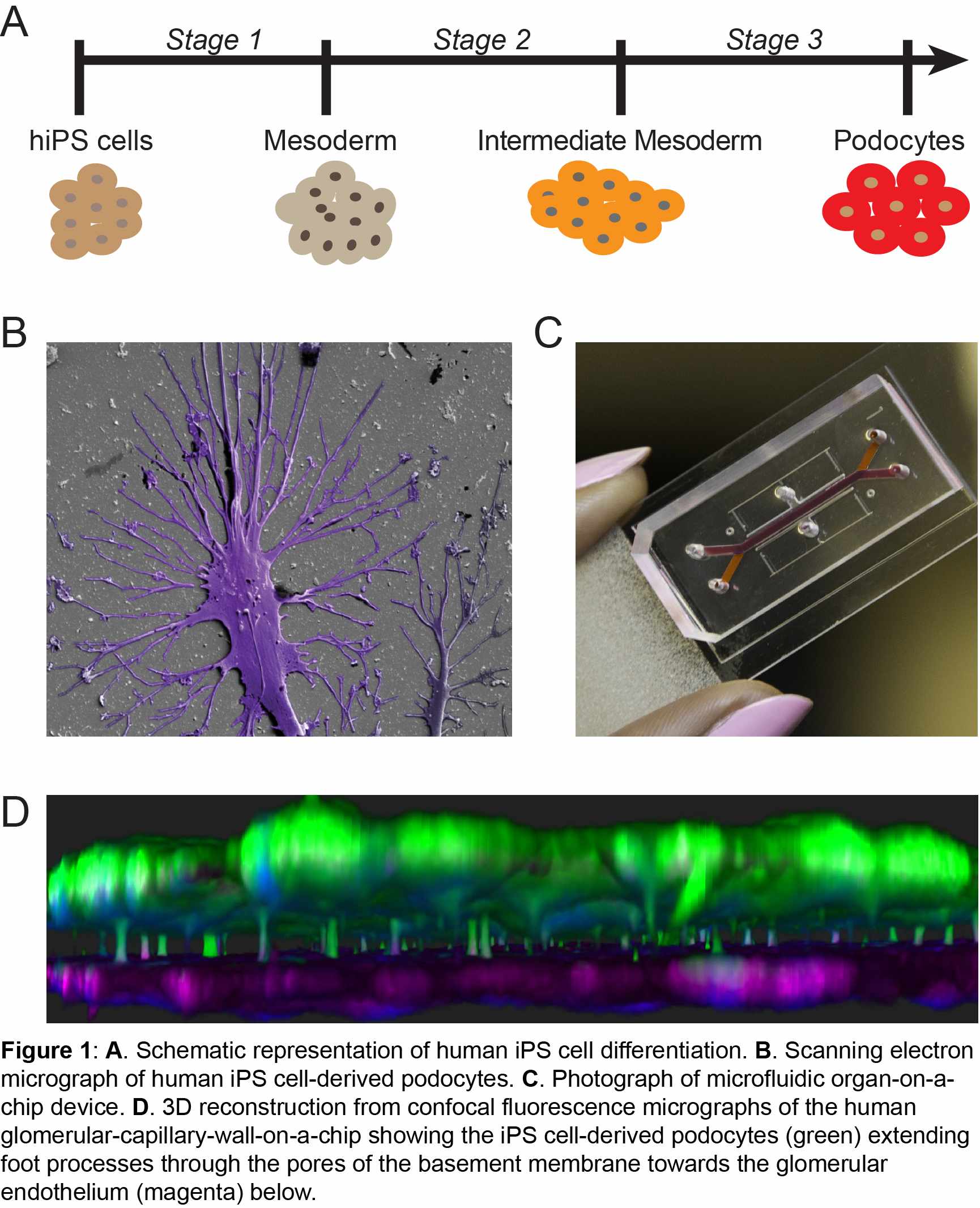 The manuscript review process is also an interesting part of this story. Some of the critiques by the reviewers really helped to strengthen the paper — for example, the demonstration that a basement-membrane component, collagen IV, was produced by the kidney podocytes and endothelial cells on-chip. However, we were perplexed by several comments, including some at other journals that reviewed the article before we submitted it to Nature Biomedical Engineering. Some reviewers criticized our findings with broad strokes, and deemed the work unfit for publication. Some suggested that our differentiation protocol was not novel because others had reported the generation of podocytes from human iPS cells; as we note in the manuscript, those studies generated a highly heterogeneous population of kidney cells containing only a small number of podocytes, which were relatively immature. More importantly, for the challenge of engineering a glomerular capillary wall-on-a-chip, we needed to induce the mature podocyte phenotype with high yield (we obtained > 90% efficiency) within a microfluidic chip, which had not been done. Another reviewer did not see the relevance of using ECM or mechanical forces for inducing differentiation despite the key roles that these cues have been shown to play in directing stem cell fate decisions 12–16. One reviewer was concerned that our model of the glomerular capillary wall did not mimic the function of a whole kidney, even though this was never our declared goal. Finally, in the review process at Nature Biomedical Engineering, one out of the three reviewers was adamant that the manuscript had to further clarify that our glomerular capillary wall model recapitulated the wall's molecular clearance and did not mimic all the functionalities of an entire glomerulus, which was also not our goal; in fact, there are no existing in vitro models capable of reproducing all the functionalities of the glomerulus or kidney.

I hope that our findings and research strategy could help engineer more advanced models of human organs for biomedical applications in the future. I am proud of this work because it demonstrates the power of multidisciplinary research when trying to confront complex challenges in biology and medicine. We are currently applying this approach to investigate kidney disease mechanisms and create alternatives to animal models for therapeutic development. As glomerular podocytes are damaged or lost in many kidney diseases, the human iPS-derived podocytes could also potentially be used for cell therapy and regenerative medicine.

5.Kim, H., Li, H., Collins, J. & Ingber, D. Contributions of microbiome and mechanical deformation to intestinal bacterial overgrowth and inflammation in a human gut-on-a-chip. Proceedings of the National Academy of Sciences of the United States of America 113, E7–15 (2016).

6. Herland, A. et al. Distinct Contributions of Astrocytes and Pericytes to Neuroinflammation Identified in a 3D Human Blood-Brain Barrier on a Chip. Plos One 11, e0150360 (2016).

16. Musah, S. et al. Substratum-induced differentiation of human pluripotent stem cells reveals the coactivator YAP is a potent regulator of neuronal specification. Proceedings of the National Academy of Sciences of the United States of America 111, 13805–10 (2014). 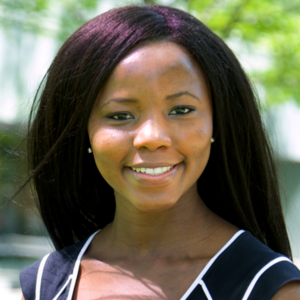