When I joined Tom Soh’s lab in 2011, my colleagues were wrapping up the initial demonstration of a biosensor that could track concentrations of various molecules directly in the bloodstream of living animals in real-time1. As a new PhD student, I was fascinated by the potential ability to measure and observe the biology of the body at the molecular level as it was occurring. One of the first applications of this technology was to rapidly determine patient-specific drug pharmacokinetics by measuring how a given drug dose corresponds to actual drug levels in the body over time. This kind of measurement is important for drugs where the range of safe but effective doses is narrow, making the appropriate dose difficult to predict from patient to patient. Animal studies using our biosensor revealed that the pharmacokinetics of Doxorubicin, a common chemotherapy drug, varied profoundly from individual to individual in an unpredictable way, suggesting the importance of personalized dosing in the clinic. Yet when we investigated the clinical literature related to drug dosing, we found that real-world dosing strategies were rarely personalized to the patient beyond simple dose adjustment based on age and weight, or, in some cases, their genomic profile. Unfortunately, for many drugs, these strategies fail to ensure a safe and effective dose across all patients. As engineers, we saw this problem as an opportunity for our real-time biosensor: instead of just measuring drug concentrations in the body, we could potentially use it to control those concentrations directly and in real-time using closed-loop feedback control, automatically personalizing drug dose to each individual patient. 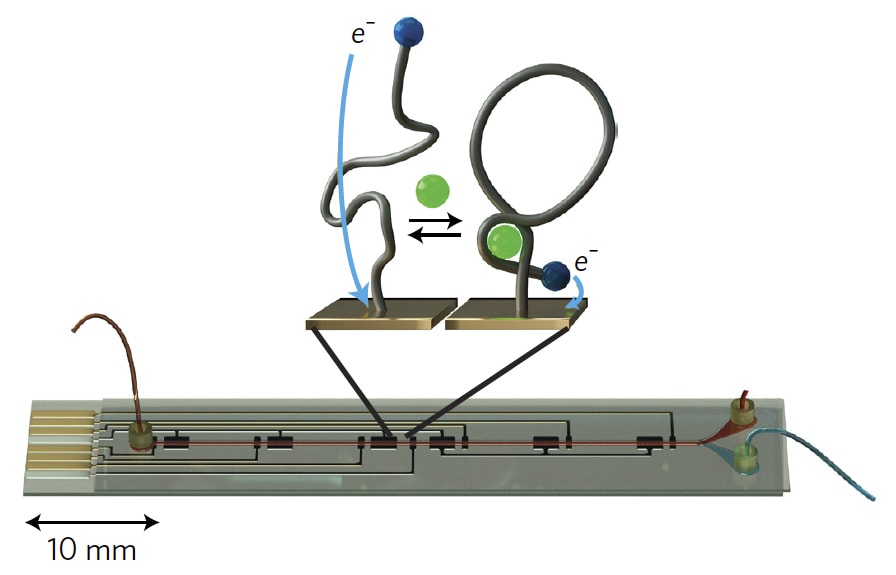 Figure 1: Real-time biosensor with illustration of electrochemical aptamer probes. Upon binding to the target drug molecule (green), the probe changes shape, leading to a measurable change in current between a redox tag (blue) and the gold electrode substrate.

We were inspired by the basic architecture of the artificial pancreas system2, which uses a continuous glucose sensor, a control algorithm, and an insulin pump to automatically maintain healthy blood sugar levels in diabetic patients. The key element that had been missing for extending this type of control to other drugs was a biosensor that could serve as a real-time feedback element. Because our biosensor uses electrochemical aptamer probes (Figure 1) – short single-stranded nucleic acids that can be generated to detect a wide range of molecular targets in real-time3 – it fit this requirement, and now it was just a matter of integrating it into a fully closed-loop system (Figure 2). The first step was to implement a real-time analysis program that could convert raw electrochemical signals from the biosensor into calibrated concentration measurements on-the-fly. We next developed a computer model of our closed-loop system – consisting of the biosensor, controller, infusion pump, and drug pharmacokinetics in the body – and used this to design a control algorithm for in vivo concentration control. 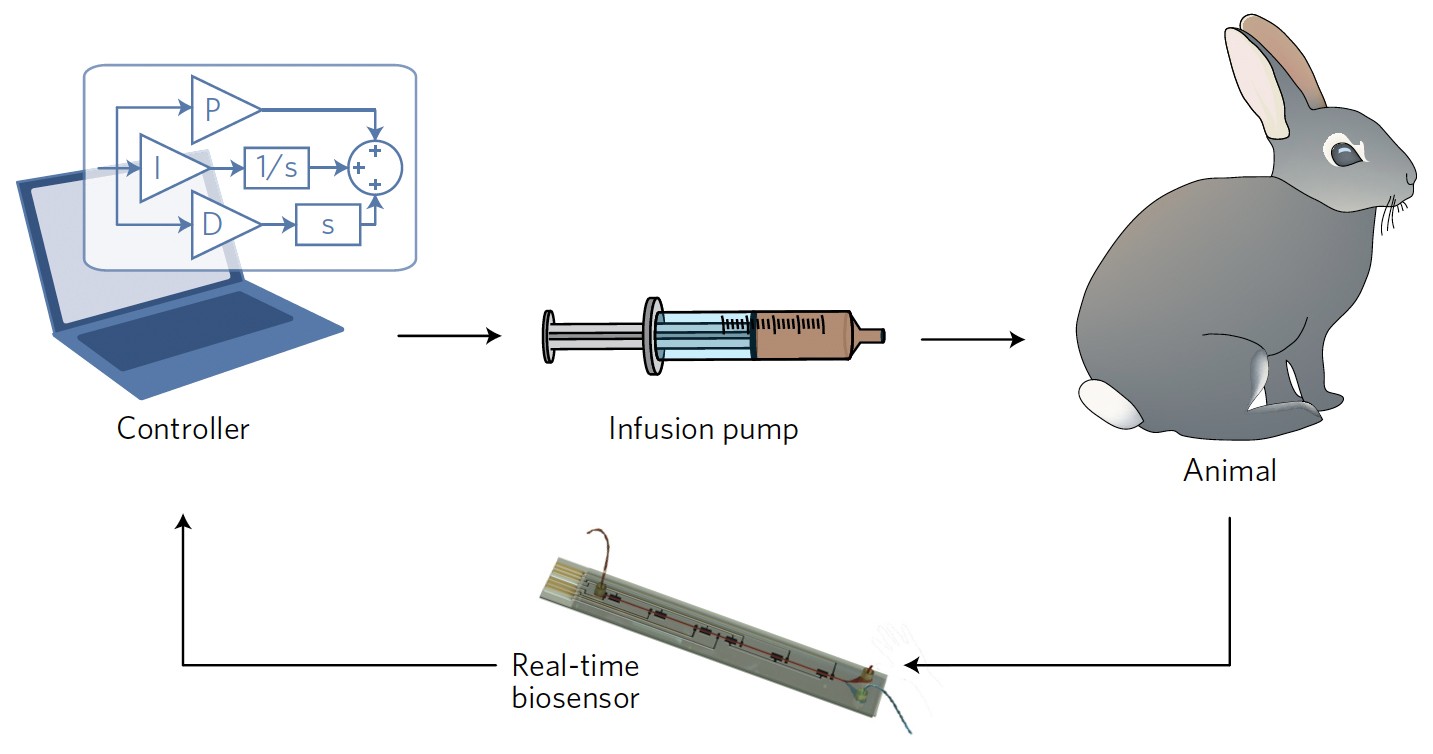 Figure 2: Scheme of the closed-loop infusion system consisting of the biosensor, controller, infusion pump, and animal.

Working closely with our collaborators in Tod Kippin’s lab, we developed protocols to test our closed-loop system with Doxorubicin in rabbits and rats. As a novice to animal studies, I was surprised by the variety of challenges that arose in “closing the loop” between our system’s hardware and living animals. A key issue was ensuring consistent biosensor operation over the entire hours-long course of each experiment; because the biosensor uses a microfluidic channel to continuously sample the animal’s bloodstream, it is highly susceptible to fouling due to blood coagulation. We finally solved this problem by giving the rabbits aspirin prior to experiments (based on a paper from a veterinary journal in the 1930s!) and by coating the interior surfaces of the biosensor channel with a heparin-based anticoagulant coating. With these steps taken, we were able to characterize the behavior of the full closed-loop system in vivo, and used our computer model to further tune the control algorithm to maximize the system’s speed and stability. Using this tuned system, we found that we could controllably dose Dox across different individuals with varying pharmacokinetics, and even within the same individual undergoing a drug-drug interaction.

Our closed-loop dosing system presents a potentially general technology for directly controlling drug concentrations in the body, which could be especially useful for treating patients where drug response is unpredictable, such as pediatric cancer patients4. Many of the practical challenges and limitations involved in using our system arose from our microfluidic biosensor architecture, but recent advances in implantable aptamer-based probes5 could overcome this challenge to enable reliable long-term performance. While translation to humans will require further system optimization to ensure patient safety, we believe our closed-loop system could offer a new strategy for intravenous drugs that are presently difficult to dose in the clinic.Our Paper: 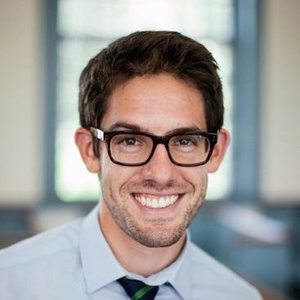