The evolutionary success of higher mammals owes much to the flexibility, redundancy and complexity of their immune systems. Whereas the ability of immune cells to identify and attack pathogenic microorganisms via recognition of foreign antigens is well-known, its complementary mechanism to identify cells that lack 'self’ signals is relatively obscure. Natural killer (NK) cells, the effectors of this parallel arm of the immune system, constantly scan the organism for human leukocyte antigen (HLA) molecules. As long as the target cells encountered have an endogenous HLA molecule, the NK cell leaves that cell alone and keeps patrolling; but if no endogenous HLA molecule is found (‘missing-self’), the NK cell triggers a cytotoxic program that culminates in lysis of the target cell. Because any cell infected with pathogens (or that undergo transformation as cancer cells) will present foreign antigens loaded on HLA molecules at the cell surface (which can be readily identified by patrolling CD8 cells), the presence of patrolling NK cells that check if the HLA antigen presentation system is functional does not leave room for infected or cancerous cells to escape immune surveillance by simply downregulating their HLA molecules.

Whereas this functional complementarity of immune pathways makes sense in a physiological context, this set of checks and balances can become a serious hurdle for the compatibility of cell therapies. HLA molecules in particular, which exist in multiple classes, can be highly polymorphic and lead to host-versus-graft rejection. Researchers have found that they could make donor cells invisible to host immune surveillance by deleting these highly polymorphic HLA molecules from the therapeutic cells, and thus preventing immune cells from killing them on the basis of recognition of foreign HLA variants. But the absence of HLA molecules at the cell surface leaves the stem cells vulnerable to patrolling NK cells sensitive to missing-self signals. Now, Russell and colleagues at the University of Washington in Seattle, WA report in Nature Biotechnology a method to circumvent this hurdle: by inserting an engineered hypomorphic HLA molecule (HLA-E, which has low variability between individuals) into stem cells carrying no polymorphic HLA molecules, they show that no immune rejection of the therapeutic stem cells occurs. The strategy allows the establishment of off-the-shelf stem cells for a variety of regenerative therapies and immunotherapies.

The strategy takes advantage of the low polymorphism of HLA-E, used to replace highly polymorphic HLA molecules such as HLA-A, -B or -C. After fusing HLA-E with β-2 microglobulin (B2M), the adaptor receptor required for surface expression of all polymorphic HLA class I receptors, the construct was inserted into B2M-deficient human pluripotent stem cells by adeno-associated virus-mediated gene engineering. Owing to the knockout of the endogenous B2M, only the B2M/HLA-E complex is expressed at the cell surface; an additional complex (B2M/HLA-E/G) was therefore designed to include a peptide derived from HLA-G known to inhibit NK cell lysis through interactions with the CD94/NGK2A NK cell receptor family (Figure 1).

To prove the validity of their approach, Russell and colleagues showed that although CD45-expressing cells derived from B2M-deficient embryonic stem cells were quickly lysed by NK cells in vitro, insertion of the B2M/HLA-E/G complex completely reversed the lysis. Additionally, in a set of in vivo experiments in immunodeficient mice, embryonic stem cell-derived teratomas were resistant to killing by primed CD8 T cells and were not recognized by human serum samples containing defined HLA antibodies.

As is readily acknowledged by Russell and colleagues, making fully invisible therapeutic stem cells is not devoid of potential problems. Because HLA class I molecules are part of a defence mechanism against intracellular infection and tumourigenesis, replacing the cell’s HLA system with HLA-E might lead to suboptimal presentation of endogenous antigens and result in immunodeficiency or oncogenic transformation of the transplanted cells. Nevertheless, this HLA-E construct presents a solution to the missing-self response that complements approaches for inhibition of immunogenicity by HLA silencing, and could be a starting point for the development of a new generation of stem cell therapies. 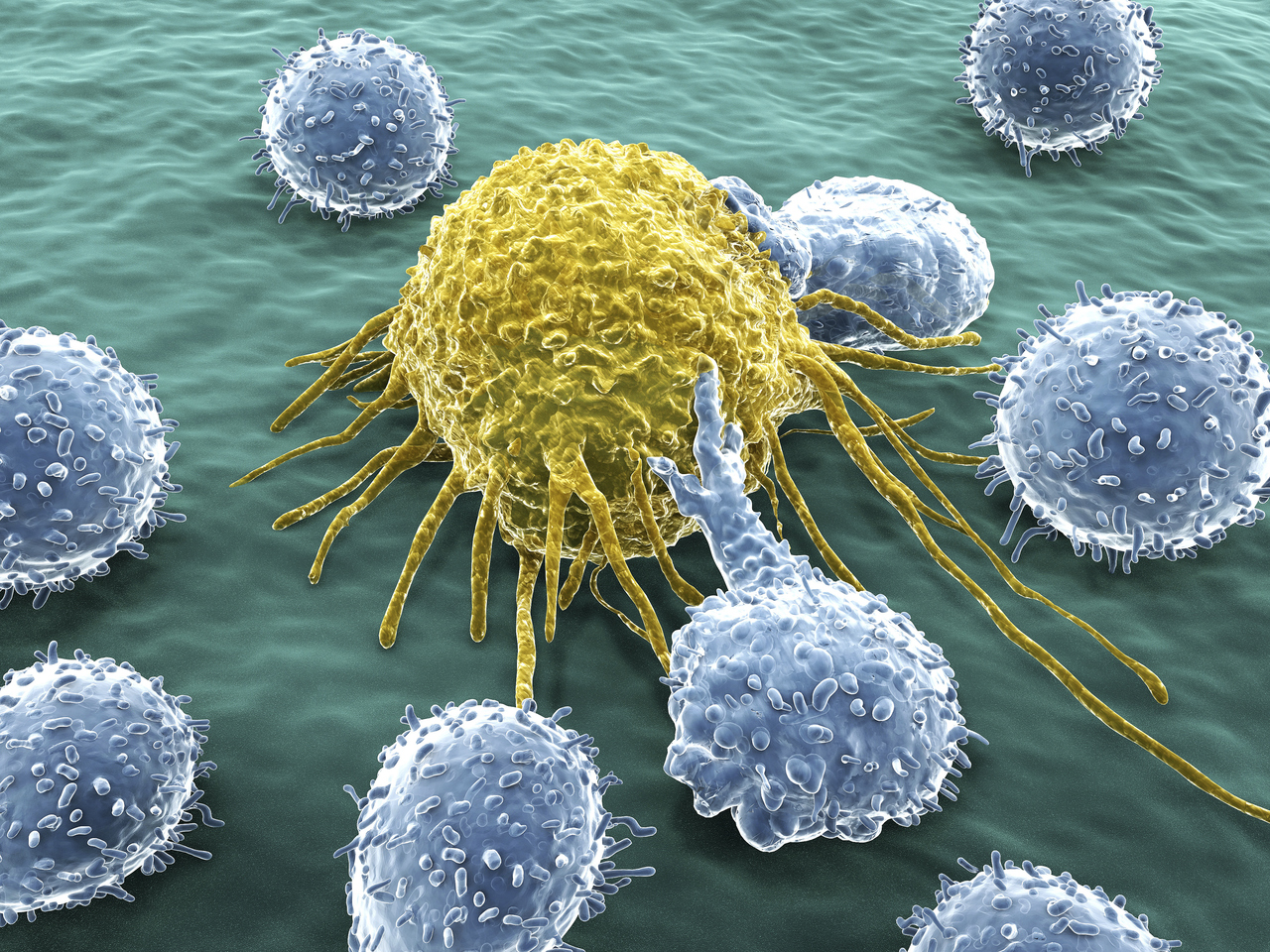