Near zero-order release kinetics of glucagon-like peptide-1 for over a week in rodents and non-human primates.

Dr. Mira Amiram was tying up loose ends on her thesis project, developing a thermally responsive polymer fused to an anti-diabetes drug that could be injected as a solution under the skin. It was designed to transition into a slow-releasing, gel-like depot upon injection and heating to body temperature. The drug she was delivering was glucagon-like peptide-1 (GLP-1), a small hormone released from the gut after meals. GLP-1 exerts its effects on pancreatic β-cells, promoting the production and release of insulin, which in turn helps the body to use its circulating glucose.

GLP-1 is an ideal candidate for a controlled-release system to treat type-2 diabetes. In contrast to insulin, which can cause severe hypoglycemia if present when it is not needed, GLP-1 is glucose-dependent. Dr. Amiram had synthesized a fusion of GLP-1 to a thermally sensitive biopolymer and, while a single injection worked well for five days in pre-diabetic mice, its efficacy in diabetic mouse models was disappointing, lasting only 2–3 days.

About a month into my PhD, we had a meeting with my advisor, Prof. Tosh Chilkoti, to discuss a hypothesis. Perhaps we would see better efficacy if we created a stronger depot, one that underwent its soluble to gel transition further below body temperature. I set off cloning fusion after fusion, keeping the number of biopolymer units the same while adjusting the composition to yield fusions with transition temperatures (Tts) spanning 15 to 60 °C. In treating mice with these constructs, we discovered that our hypothesis was correct: lowering the Tt did indeed yield more stable depots. However, these depots performed worse because they released too little drug over time. In fact, the fusions transitioning just below the subcutaneous temperature of mice demonstrated the greatest efficacy. We wondered how much we could continue improving the drug’s activity with further optimization.

As an engineer, this project was simultaneously a dream and a nightmare. The fusion is incredibly tunable — you can adjust its size, transition temperature and molecular composition. Within the constraints of the system, you can change the concentration, injection volume, and dose. However, these variables are not perfectly independent. As you dope in more hydrophobic amino acids, you can suppress the Tt. As you decrease the polymer’s size or concentration, the Tt will increase. With stubbornness and perfectionism, I was determined to optimize this drug-delivery system from every angle, and a hypothesis-driven project that meant to teach me the ropes turned into a full-blown thesis project.

The result of this detailed molecular-engineering work was an optimized drug that worked even better than we expected in vivo. It lasted over a week, not only in mice with diet-induced obesity, but in two more rigorous diabetes models as well. Even more exciting was that we were seeing near zero-order release kinetics, the gold standard for controlled-release systems. PhaseBio Pharmaceuticals kindly helped to coordinate a pharmacokinetics (PK) study in monkeys. Drug levels remained constant for 10 days and were detectable for over two weeks in non-human primates. On the basis of allometric scaling, a single injection of our optimized drug has the potential to last upwards of a month in humans. This is an exciting prospect given that all currently FDA approved formulations of GLP-1 receptor agonists require daily or weekly administration. Our hope is that this technology will continue its translational progress and ultimately improve patient quality of life and positively impact type-2 diabetes outcomes by further minimizing the variable of patient compliance. 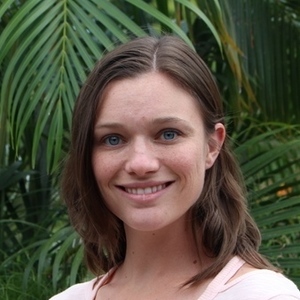