Believe it or not I was running a bed and breakfast on the Italian Riviera, enjoying the weather and the sea with my wife and my newborn daughter, but was simply unable to ignore a feeling that I had to go back to research and do something meaningful in science.

My PhD was in food microbiology, so I began racking my brain for ways to apply my background in biomedical research. I reached out to Dr. Ben Larman, my former supervisor in an Italian startup company, Molecular Stamping, which was spun out of MIT. From '06 to '08, Ben and I worked on a method to 'copy' DNA microarrays via a process of in situ strand replication, followed new strand transfer via stamping to a new surface. Ben referred me to his former classmate, Dr. Biju Parekkadan, who ran a lab at Harvard Medical School. Biju is an expert in identifying biomolecules with therapeutic activity, and I convinced him that microbial genomes were a rich source of untapped potential.

One day shortly after starting in his lab, Biju called me into his office for a brainstorming session with Ben, who was calling in from San Diego (where he was a postdoc in Peter Schultz's lab at TSRI). We figured it would be too costly and time consuming to make libraries of proteins using traditional methods. It was during that conversation that we decided to re-engineer molecular inversion probe  (MIP) technology to enable the targeted cloning of full open reading frames (ORFs) from genomic DNA.

MIPs are short single-stranded DNA molecules (~150 bp) that capture target sequences by first annealing their arms to bases flanking a target sequence and then copying the target in between. Up to tens of thousands of MIPs can be used in single multiplexed reaction to capture desired sequences. Traditional MIPs, however, cannot capture sequences greater than ~200 bp due to the persistence length (“stiffness”) of double-stranded DNA. We therefore set out to build off the MIP technology in two fundamental ways - first by greatly increasing the length of the adapter sequences that joins the targeting arms, and second by developing a method to construct libraries of these long probes using short oligonucleotide libraries as the starting material. Needless to say, it was a great day when we realized we could refer to these Long Adapter Single Stranded Oligo probes as 'LASSO' probes.

For three years I worked on the molecular techniques we report this week in Nature Biomedical Engineering. As aproof-of-concept, we captured the vast majority of the E. coli K12 ORFeome in a single reaction. Functionality (important for the applications involving protein library screening), was shown by capturing and expressing a kanamycin resistance gene, which conferred survival of transformants on kanamycin plates. This ability to simultaneously clone thousands of full-length, functional proteins excites me and my colleagues to no end.

The success of this project would not have been possible without my close collaborator Dr. Yunlong Yang and his wife Dr. Dongli Guan. Bioinformatics, an area in which I have no expertise, became a substantial component of the project, so I owe a huge debt of gratitude to Dr. Viswanadham Sridhara and Dr. Nicola Segata for their contributions. This project would certainly never have come to fruition without the work of all the other co-authors as well.

So with the paper out now, this posse couldn't be more excited to hear about what kinds of DNA beasts the cowboys and cowgirls of biomedicine are able to capture using LASSO probes. 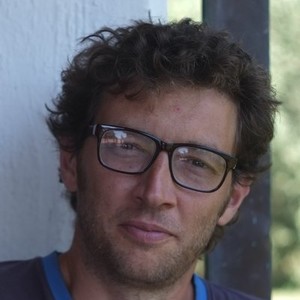