How human neutrophils cooperate against targets.

This project started several years ago, when Dr. Daniel Irimia, the Director of our Chemotaxis Lab at Massachusetts General Hospital, in a casual discussion with Dr. Charles Serhan at the Brigham and Women’s Hospital, learned about the limitations of existing phagocytosis assays. Phagocytosis is the process by which white blood cells ingest pathogens. To measure the phagocytosis abilities of neutrophils or macrophages, the two most common types of white blood cells, one has to count the number of pathogen-like particles ingested by the cells at the bottom of a dish. The measurements from this assay are imprecise, hampered by significant noise and high variability, because the encounter between cells and particles is stochastic and highly heterogeneous, with some cells phagocytosing a large number of particles and some phagocytosing none. An engineering approach placing the cells or the particles in regular arrays could have helped circumvent this major source of variability. The ideas started by this discussion triggered some experiments and revealed several technological challenges that had to be overcome.

I joined the Massachusetts General Hospital as a postdoctoral fellow, and I was working on a different project when I learned about these initial efforts, a year or so after the original discussion. I become intrigued by the challenge and started a side project, looking into an assay for neutrophil phagocytosis of fungus-like, zymosan particles. Among the ideas that I tested, leveraging the negative charges of the zymosan particles to place them in an array format on top of tiny islands of positively charged polymer seemed promising. I patterned the polymer by microcontact printing and added a solution of the zymosan particles on top. Particles that ended up on the patterns were strongly attached. Particles in regions with no patterns were easily rinsed with water (Figure 1). Thus, we were quickly able to test the idea of the phagocytosis assay. We observed that neutrophils co-localized rapidly and precisely on top of the particles in the arrays, one neutrophil on one particle. Quantifying phagocytosis was easy and fast. We had the assay we started on building. We could have stopped there. An observation that was significantly more intriguing, however, kept us pushing forward. We noted that when we tested arrays made of clusters of particles, neutrophils accumulated around these in large numbers, completely covering the clusters in multiple layers of neutrophils before reaching a plateau (Video 1). At about the same time, a landmark paper was published that showed unequivocally that neutrophils communicate during the collective neutrophil migration known as “neutrophil swarming”.1 Our results using human neutrophils ex vivo matched very well those reported in mice. We had an assay that was significantly easier to use, had significantly higher throughput, and worked very well with human neutrophils. However, to us, the biggest potential was the direct access to the molecules released and coordinating swarming. Thousands of swarms could be synchronized in one assay, a feature unmatched by any in vivo experiments.

Figure 1. An array of zymosan particles pattern on a glass substrate after rinsing with water.

A biophysical model of molecules released before and during swarming, and comparisons with experimental data using inhibitors, suggested that multiple molecular signals were involved during neutrophil swarming. Thus, we proceeded to identify the cytokines, chemokines and other neutrophil targeting molecules in the supernatant. One of the biggest surprises was that neutrophils in the swarming assay produce only molecules that attracted more neutrophils to the swarm. We found no molecules to explain what stops the swarm growth and what keeps all neutrophils in the assay from joining into one big swarm. Intuitively, if the neutrophils joining the swarm produce more attractant molecules, more neutrophils would be attracted, in a typical chain reaction. In this respect, swarming should have been similar to the better-known PCR (polymerase chain reaction), which runs until all free nuclear bases in the solutions are depleted. It could have been akin to a nuclear bomb explosion when the fission of uranium atoms releases neutrons that could induce the fission of more atoms and the further release or neutrons and energy. Unlike the chain reaction in PCR or an atomic bomb, swarming appeared to be under tight control.

To solve the puzzle, we started thinking of lipid mediators, recently discovered to have potent inflammation resolution properties. We contacted Dr. Serhan, who is the leading expert in the field and closed the loop with the initial discussion. The results of lipid-mediator analysis exceeded our expectations. We found one potent lipid mediator to arrest the growth of swarms, validated the key lipid stimulators of neutrophil swarming, and documented the “eicosanoid switch” responsible for the temporal offset between these.

Experiments using neutrophils from patients in critical condition showed distinct recruitment kinetics. While swarming is key to protection against fungi, and for sealing off injured from healthy tissues, these studies demonstrate a high potential to advance our understanding of the physiological and pathological processes associated with inflammation. Further research in the mechanisms of neutrophil swarming will lead to better understanding of how neutrophils self-regulate their activity, and how the innate immune system mounts strong and appropriate responses against pathogens. 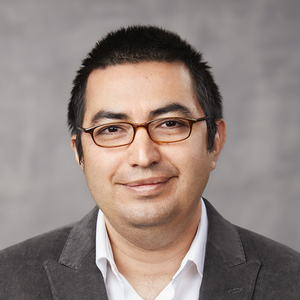