Arrays of synthetic hydrogels outperform Matrigel in the screening for vascular-disrupting compounds and in supporting the expansion of human embryonic stem cells.

At the start of my PhD training, I was excited to join Dr. William Murphy’s Bioinspired Materials Laboratory at the University of Wisconsin, Madison, in a project area that utilizes defined materials and array-based screening platforms to control cell behavior1–3. I spent a significant portion of my PhD training designing synthetic poly(ethylene glycol) (PEG) hydrogels that serve as analogs for Matrigel in vascular tissue engineering applications. This effort was spurred by experimental roadblocks encountered by myself and colleagues that stem from Matrigel’s issues with reproducibility and handling. Our experience, and the experiences relayed to us from a broad range of colleagues, indicated that although Matrigel had inherent difficulties stemming from its complexity (over 1500 unique proteins) and batch-to-batch variability, it was the only material that “worked” for several high-impact cell-culture applications such as angiogenesis assays. After functionalizing PEG hydrogels with bioactive peptides to facilitate cell attachment, I ran a preliminary experiment to observe whether human umbilical vein endothelial cells attach to the hydrogels and survive at all. That’s when we noticed that the cells were not only attaching to the hydrogels, but that they were forming structures that resembled capillary endothelial networks on several hydrogel formulations.

While we could visually determine that several subsets of hydrogels were capable of facilitating capillary-like endothelial-network formation, challenges arose in terms of leveraging this phenomenon for useful applications. The capillary networks would often break apart after 24 hours of culture, and images were often poorly focused and unsuitable for high-throughput screening assays due to uneven swelling of the hydrogel substrates. Our array-based methods allowed us to relatively quickly find solutions to these challenges. We were able to screen over 1200 PEG hydrogels in an array-based format4 in order to find formulations that allowed capillary-like networks to form within 24 hours, then remain stable for an additional 24 hours. To address the hydrogel-swelling issue, we first adopted Ibidi Angiogenesis plates in ongoing experiments, as they were designed to keep hydrogel substrates as flat as possible during culture and imaging. However, this led to an illustrative example of the unexpected challenges that we encountered over the course this work, as we found that the black Angiogenesis plates were causing interference with our UV-initiated hydrogel crosslinking reactions, and this resulted in differential degrees of hydrogel stiffness and swelling in different areas of a single plate. This forced us to optimize the photoinitiator content in our hydrogel solutions as well as overhaul our crosslinking procedures.

We began to see a significant payoff in this work when we compared the performance of our PEG hydrogel-based angiogenesis assays to standard Matrigel-based angiogenesis assays. The PEG hydrogels often demonstrated capabilities that Matrigel could not match, including the ability to quantify the effects of MMP inhibitors on network formation, the ability to avoid the detection of false-positive chemicals such as Suramin, and the ability to detect disruptive activity of chemicals from known and blinded-compound panels that Matrigel could not consistently detect.

I had the fortune to work with an exceptionally talented and diverse group of people over the course of this work. This project would never have come this far without the help of all the authors and institutions involved, including bioengineers, biologists, experts in toxicity testing from the U.S. Environmental Protection Agency, and industry scientists with quality assurance and product-development expertise. Over the course of this work, the hydrogel technology that we developed was patented and licensed by Stem Pharm Incorporated, where it has gone through product validation and substantial beta testing by end users. For example, the product was validated in beta testing by Texas A&M Tissue Chip Validation (TEX-VAL) Center, and we were fortunate to learn that our technology behaved as expected in angiogenesis assays in their hands. Further proliferation of this technology is expected to result in substantial improvements to the capabilities of the angiogenesis assay. More broadly, it provides a generally applicable example of how synthetic biomaterials can improve the performance of cell-based assays.

We also found that our array-based approach could identify synthetic hydrogels to replace Matrigel in another important application — human pluripotent stem cell (hPSC) expansion. Again, we evaluated hundreds of hydrogels and found a formulation that was particularly adept at supporting growth of hPSCs, even in the absence of the ROCK inhibitor commonly used to maintain hPSC adhesion and expansion. One could envision applying the same approach to other stem cells and stem-cell derivatives, in order to more efficiently engineer growth, differentiation and tissue formation. In this way, a simple class of synthetic biomaterials could become generally useful in biology and in biomedical applications. 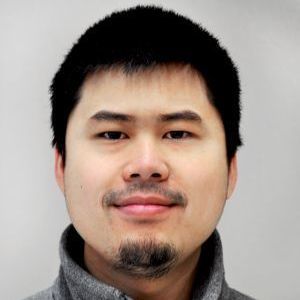 PhD, University of Wisconsin-Madison Department of Ophthalmology and Visual Sciences