The paper in Nature Communications is here: http://go.nature.com/2zHehvQ

Just one month before I joined the Lodish lab, the team published a paper describing a method to engineer red blood cells (RBCs) to express foreign proteins on their surface1. This method involved first generating a cDNA encoding human glycophorin extended at its extracellular N-terminus by five glycine residues, and expressing this cDNA in stem cells; consequently, RBCs differentiated from these modified stem cells expressed thousands of copies of the modified protein on their surface. Next, a desired foreign protein was separately synthesized with an LPETGG peptide extension at its C-terminus. Sortase, a bacterial transpeptidase that recognizes LPETGG, covalently couples the foreign protein to the gly3 extended glycophorin on the RBCs. These cells had a normal half-life in circulation and the foreign proteins were functional.

I wanted to try a simpler way of expressing foreign proteins on RBC surfaces by generating chimeric fusion proteins with glycophorin or Kell protein. We chose nanobodies — small, camelid single-domain antibodies with therapeutic potential — as our targeted payload on RBCs with the expectation that we could extendthe nanobody’s half-life in the circulation to that of RBCs (up to ~120 days in humans, or ~30 days in mice). As DARPA (Defense Advanced Research Projects Agency) was one of our funding sources and the agency was looking for strategies to counteract biological weapons, it occurred to us to use anti-botulinum toxin (BoNT) nanobodies as our payloads as a neutralizing agent in exposed humans. We therefore collaborated with the BoNT nanobody expert Professor Charles B. Shoemaker at the Tufts Cummings School of Veterinary Medicine. He provided us with the sequences of anti-botulinum toxin A and B nanobodies which he had previously found to be very potent in neutralizing the toxin, but also extremely short-lived in the circulation2,3. We generated chimeric genes comprising sequences encoding two anti BoNT/A or BoNT/B nanobodies and either glycophorin A or Kell. We expressed these chimeric genes in mouse RBC progenitors and in vitro differentiated those cells into reticulocytes (Figure 1). We found no dramatic alternations of the modified cells during their differentiation and therefore investigated their toxin neutralization ability.

In early fall that year I drove to the Tufts Cummings Veterinary School in North Grafton carrying my engineered RBCs across scenic foliage roads. A few days later, we received Dr. Shoemaker’s email reporting that the RBCs protected cultured neurons from dying by botulinum toxin exposure. Next we produced mice in which about 3% of their RBCs expressed the nanobodies on their surface; these mice had been transplanted with bone marrow stem cells transfected with a virus encoding the nanobody- glycophorin chimeric proteins. Encouragingly, we showed that these bone marrow transplanted mice could be protected from botulinum toxin challenge even at 10,000 times the lethal dose. We then transfused RBCs from these mice into wild-type mice and showed that they too were resistant to the toxin up to 28 days after the transfusion, corresponding to the one-month half-life of control engineered RBCs in mice.

For potential clinical use, we needed to produce human red cells carrying nanobodies. To this end, we adapted published methods to improve the in vitro production of human reticulocytes from mobilized bone marrow stem cells4,5, reaching ~90% enucleation at the end of culture. High enucleation is of importance as we wanted to eliminate all cellular DNA to avoid any possible DNA passage after blood transfusion. Our in vitro produced human RBCs expressing the chimeric proteins also protected neurons from BoNT in culture, and mice that received these engineered cells were protected from botulinum challenge.

To summarize, the modified RBCs carrying nanobodies were retained in the body without adverse effects, with normal half-lives and without compromising the function of the nanobodies. Thus we successfully extended the half-life of the nanobodies. We have licensed this technology to Rubius, a start-up biotechnology company, which has used similar approaches to generate human RBCs with a variety of antibodies and other proteins on their surface. 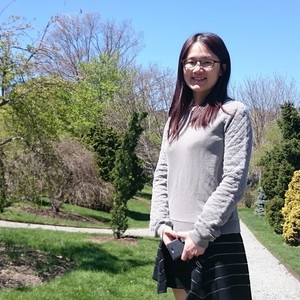