The paper in Nature Biomedical Engineering is here: http://go.nature.com/2yHYQDu

Our lab’s expertise is in nucleic acid hybridization; we previously developed DNA probes with high specificity across many temperatures.  The idea behind these "toehold probes" is simple: a rationally designed target mimic strand competes with the target in hybridization to the probe; imperfectly matched sequences with less than 100% homology to the target are outcompeted by the mimic. This holds true regardless of temperature or buffer conditions.

The toehold probe works well when you already have a reasonably high concentration of target DNA, e.g. PCR amplicons. However, as we tried to translate the toehold probe to molecular diagnostics on clinical samples, we quickly realized that the open-tube steps involved in PCR amplification followed by addition of probes were both labor-intensive and prone to contamination. We needed a simpler method that combines molecular specificity with amplification.

As we started playing with some of the existing methods for wildtype blocking PCR, we quickly realized that a significant amount of empirical optimization was needed -- LNA clamp PCR and ICE-COLD PCR, for example, both required several rounds of blocker sequence and anneal temperature optimization in order to achieve their stated performance. From our experiments, we believe that the limited accuracy of melting temperature prediction was the main culprit. However, DNA primer hybridization thermodynamics parameters have not significantly improved in the past 15 years, so it is perhaps too optimistic to expect that melting temperature prediction will significantly improve within the next 5 years to alleviate empirical PCR assay optimization.

Because our toehold probes were highly robust to temperature, we believed that we could design a similar competitive hybridization mechanism that works in conjunction with wildtype blocking PCR to enable a temperature-robust rare allele enrichment technology. We experimentally tried a few different implementations, and ended up settling on the current blocker displacement amplification (BDA) method. In the course of working with Abhi Patel (our clinical collaborator) to apply BDA to quantitation of rare mutations in cell-free DNA of lung cancer patient blood samples, we learned that the quantity of cell-free DNA in a mL of blood was very limited amounts (~10ng).  Consequently, to obtain maximal information from a clinical sample, it is important to simultaneously analyze many different potential drug resistance mutations from the same sample. The temperature robustness of BDA makes it well-suited for multiplexed enrichment, and this became another unique and distinguishing feature of BDA. An abstract artwork for BDA technology is shown in Figure 1.

FIgure 1: When using the blocker displacement amplification (BDA), DNA variant molecules ‘grow’ at a much faster speed in PCR than wildtype molecules, like tree branches growing in different seasons. The tree represents the exponential amplification of PCR/BDA (both via branching leaves and as an organism that actually grows). The left and right sides of the tree both grow despite the different temperatures, representing the temperature robustness of the BDA amplification.

Probably, the most important non-scientific lesson that we learned from this project is the importance of personally testing commercially available technologies, in order to truly understand the strengths and weaknesses of each. There are useful nuggets from each that can be learned and incorporated into new inventions, and there are also important limitations that present unique opportunities for the creative biomolecular engineer. 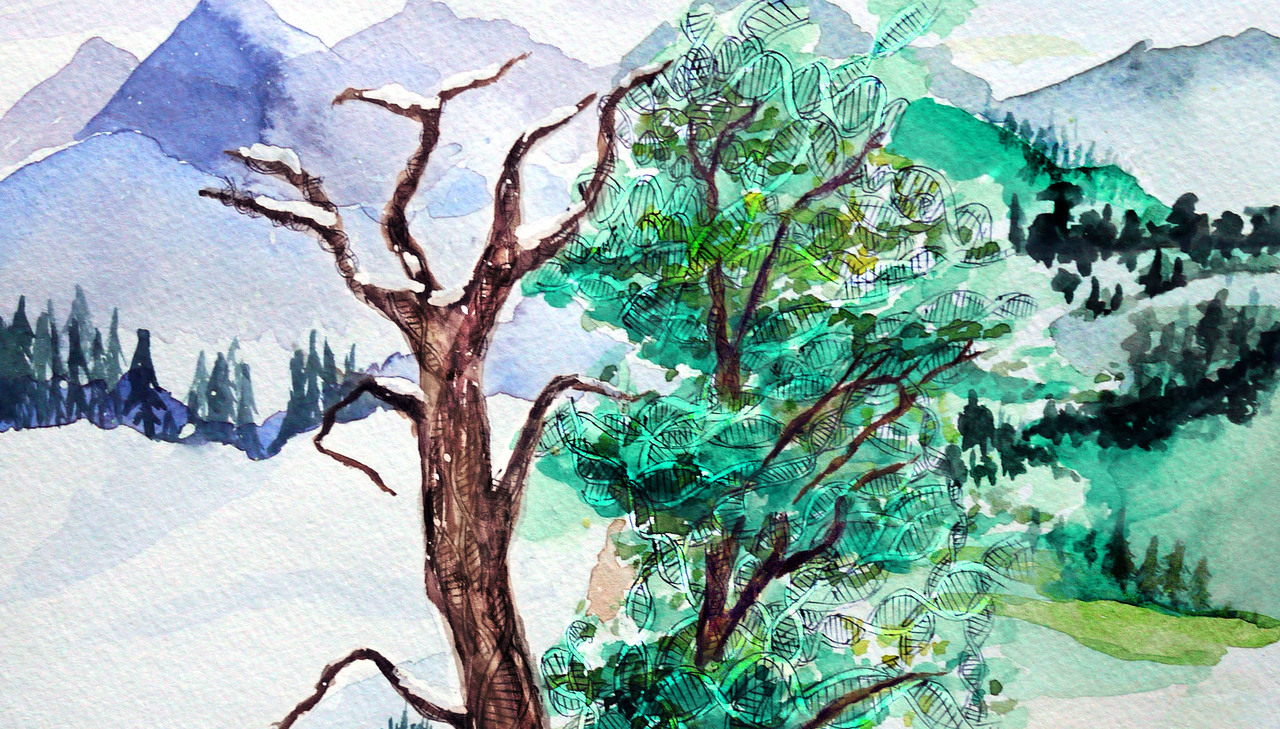