The paper in Nature Biomedical Engineering is here: http://go.nature.com/2zmIUGf

People are living longer but our bodies aren’t keeping up

One impetus for our research has been the increased frequency of orthopaedic conditions borne from old age, ranging from spinal trauma, osteoporosis and stress fractures. Glasgow University has a strong history of bone research; over 100 years ago Sir William Macewen was developing new bone graft techniques at Glasgow, and using implant materials to bridge non-unions of the canine radius1. In more recent decades the field of cell engineering has been alive and kicking at Glasgow, with a concerted effort to engineer mineralised bone graft in vitro. Inspired by papers describing how cells ‘tiptoe’ on surfaces2, the late Prof Curtis hypothesised that this process could be interfered with by using a surface that is being gently vibrated.

The team further hypothesised that mesenchymal stem cells (MSCs) may be susceptible to nanoscale vibration. MSCs, possessing the ability to differentiate into various musculoskeletal cell lineages, are particularly interesting from the perspective of regenerative medicine, and for their sensitivity to the mechanical environment3.

The initial vibration conditions chosen were low amplitude (15 nm to 30 nm), to correspond with nanoscale observations of membrane undulations, and low frequency (1–10 Hz), based on physiological processes occurring at these frequencies (such as walking, and the pulsatile flow of blood)4. It was quickly identified that the vibration frequencies required to stimulate osteogenesis were far higher than 10 Hz, with frequencies in the range of 1000 Hz yielding significant increases in markers of osteoblastic phenotype5,6. This is not completely unexpected, as increasing vibration frequency also increases mechanical loading applied to the cells7. It is also worth noting that other groups have made measurements of the vibrational modes of the femur to be in the range of 700 Hz to 8500 Hz, suggesting that macroscale bone may amplify environmental vibration at specific frequencies8.

However, producing consistent vibration with nanoscale precision is a new technical challenge and in Adam Curtis’s words “if you find you need a technique you haven’t got, you really need to collaborate”. Indeed, to overcome the challenges and to design the bioreactor required the expertise of cell engineers, bioengineers and gravitational-wave physicists. This itself brings challenges in communication due to the varied language used in each field.

Figure 1: Sketch of the varied inputs to the collaboration. Credit: Dr M.O. Riehle

Moving from 2D to 3D culture

Earlier work had focussed on vibrating single petri dishes with cells growing in 2D monolayers. However, interest soon turned towards 3D skeletal tissue engineering. Dr Peter Childs focussed on developing the new vibrational bioreactor presented in the paper. This overcame limitations of using single petri dishes but also allowed the process to be scaled to stimulate larger volumes of cells. Although the vibration of culture plates and 3D hydrogels may appear a simple task, it was found that inconsistent vibration transmission was all too easy to achieve!

Specific techniques were borrowed from gravitational-wave physics, including finite-element modelling and precision-measurement techniques to ensure that a well-defined and reproducible stimulation was being applied to the samples. Of course, measuring 20-nm vibrations in a Petri dish is a simple challenge when compared with measuring sub-proton stretches in the fabric of space time; however, similar laser interferometric techniques were applied. In 2011, when the collaboration began, the first detection of gravitational waves had not yet occurred, so links between gravitational-wave research and biology were met with significant excitement. During this time, the new nanovibrational stimulation technique was affectionately christened “nanokicking”.

Figure 2: Evolution of the nanovibration apparatus.

Using this apparatus, Dr Tsimbouri stimulated adult stem cells from the bone marrow into mineralising cells on a large scale and without the use of chemical cocktails or complex material engineering. The changes observed in stem cell phenotype were extensively studied at the gene and protein levels. Our previous work at the 2D level indicated that adhesion-based signalling, including signalling via ROCK, is important for nanovibration-induced MSC differentiation5. In this work, we present the involvement of cellular mechanoreceptors at the 3D level. Transient receptor potential (TRP) channels function as mechanosensors, and TRP-channel activation occurs via cytoskeletal coupling, leading to activation of major key pathways for stem cell differentiation. Metabolic analyses indicated the involvement of β-catenin, and micro–computed tomography confirmed the formation of mineral deposit in our 3D collagen gels.

The choice to use collagen in our study allowed for mechanical integration with the 6-well plate walls, avoiding the need to use dense osteogenic scaffolds (such as calcium phosphates), which have certain limitations. Collagen at the stiffness that we used, around 100 Pa, is also not osteogenic, and so this allows us to demonstrate that it is the vibrations that do the work.

Unlike some studies of mechanotransduction, specific attention has been given to precision, mechanistic understanding and scalability throughout this study. The reason being that any move towards a cell therapy for bone repair will require large volumes of clearly defined cells. With our technology we are now able to produce 60 ml of mineralising osteoblasts in an appropriate 3D matrix on a single bioreactor.

Consideration has also been given to clinical application of this research, with support now being received from the UK charity Find A Better Way.  Although bone is a commonly grafted material, this charity specifically seeks to assist the victims of landmines with much larger bone defects. With this in mind, our team now seeks to address the unique challenges involved with delivering tissue-engineered materials to both the developed and developing world. In this regard, “nanokicking” offers several advantages by removing the need for osteogenic-media supplementation and by being applied in a manner compatible with good manufacturing practices. 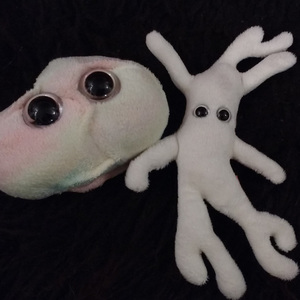 Gang Ruan
about 4 years ago

Well-written research story, giving many additional insights (not available from reading the research article alone). Good use of this unique feature of Nature Biomedical Engineering, and hope that improved use of this feature could continue to grow.