It was more than seven years ago, during the early days of our lab, when our group leader Dr. Georgios Skretas decided to focus on studying proteins with a tendency for misfolding and aggregation. Many such proteins are associated with human disease, as in the case of the amyloid β peptide in Alzheimer’s disease. Despite having no prior experience working with these proteins in our lab, the goal was to find ways to prevent protein misfolding and hopefully treat the associated diseases. We were motivated by the fact that misfolding and aggregation are attributes of protein ‘misbehavior’, implicated in more than 50 human diseases and collectively known as protein misfolding diseases (PMDs). The majority of PMDs remain incurable1,2.

A promising way to discover potentially therapeutics against PMDs is to identify small molecules that bind problematically folded proteins and convert them back to their normal or benign conformations. In our attempt to discover rescuers of disease-linked protein misfolding, we decided to design a new technology that exhibited three important characteristics. First, it had to allow screening of as many compounds as possible, as we anticipated that high numbers of evaluated compounds would raise the chances of identifying molecules with the desired properties. Second, as a biotechnology-oriented lab, we wanted our technology to be straightforward, keeping the discovery process at a low cost. Finally, we aimed to build a ‘platform technology’: a technology that utilizes the common molecular feature of PMDs, namely protein misfolding. The results of this work are presented in our paper published today in Nature Biomedical Engineering. This approach should be suitable for discovery of potentially therapeutic compounds for many PMDs.

Expanding the molecular diversity
In an attempt to generate chemical libraries with expanded diversities, we decided to take advantage of the tremendous biosynthetic capabilities of microbes. The aim was to identify rescuers of protein misfolding in combinatorial libraries of short peptide macrocycles. Having low molecular weights, these peptides share some of the beneficial characteristics of small organic molecules. Additionally, they can be genetically encoded and rapidly produced in microbial hosts like Escherichia coli, with simple recombinant DNA techniques. In this manner, chemical libraries with extraordinary diversity containing up to tens of billions of different molecules can be generated. From a chemist’s perspective, engineering microorganisms to function as tiny and highly efficient chemistry labs was a compelling approach to a biological problem.

High throughput screening
Considering that the theoretical diversity of the library under evaluation was >107, it would be utterly impractical to identify macrocyclic peptides by utilizing standard multi-well format assays. Therefore we resorted to higher-throughput screening methods. Initially, we attempted to perform genetic selection assays on agar plates. Although these were not entirely unsuccessful, we turned to an assay that monitored the cellular fluorescence of bacteria that expressed a fusion of the target protein with GFP3,4, along with peptide macrocycles. At this point, the use of fluorescence-activated cell sorting (FACS) offered ultrahigh levels of throughput5. Indeed, FACS provided accelerated selection of unique, fluorescence-enhancing clones, allowing us to go through tens of millions of bacterial cells and evaluate the misfolding-rescue activity of as many peptide macrocycles in only a couple of hours (Figure 1).

Results and validation
A few years ago, the first successful results from FACS selection started to come in. Other than the obvious excitement that this brought to the lab, it meant it was time to answer two pending questions. First, the system’s ability to produce specific and bioactive macrocyclic rescuers needed validation. This demanded substantial efforts from us and our collaborators in numerous in vitro, in vivo and in silico studies. The combined results gave a very much needed validation of the biological relevance, effectiveness, and specificity of the identified macrocycles. The second important question concerned the applicability of our system to multiple PMDs. To answer this, we screened macrocycles against another prominent PMD-linked target, Cu/Zn superoxide dismutase mutant A4V (SOD1(A4V)), a protein associated with familial forms of amyotrophic lateral sclerosis. The identified SOD1(A4V) misfolding rescuers, were further validated by in vitro studies, demonstrating the versatility and generality of our approach.

The work discussed in the manuscript as well as ongoing research on other misfolding proteins have led us to believe that this is an effective, and adaptable bacterial system for the discovery of macrocyclic misfolding rescuers. We hope and anticipate that it will find use as a lead compound-discovery system, for a variety of protein misfolding diseases. 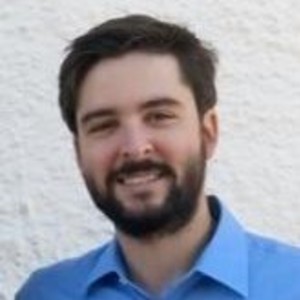