A novel growth-accommodating device concept for use in pediatric surgery

The paper in Nature Biomedical Engineering is here: http://go.nature.com/2hjRlew

The clinical need & the beginning of a project Thousands of surgeries are performed around the world on children each year, many of which require surgical implants to correct morphologic defects1. Unfortunately, medical implants and devices are rarely designed with children in mind, and as a result, they almost never accommodate growth. The lack of growth-accommodating implants relates to a variety of challenges when it comes to pediatric device development2. Consequently, fixed-size implants are used in children and often must be removed or revised, thus subjecting children to repeated surgeries and increased morbidity.

During my surgical residency at Massachusetts General Hospital I was fortunate to have the opportunity to spend two research years in the lab of Dr. Pedro del Nido, Chief of Cardiac Surgery at Boston Children’s Hospital, focusing on cardiac surgery device development. The need for growth-accommodating surgical implants became immediately apparent to me.

In the world of pediatric heart surgery, children often require numerous operations over their lifetime to revise or replace implants they've outgrown. When repairing heart valves, fixed-size implants, known as annuloplasty rings, are avoided altogether given the risk of restricting valve growth. Annuloplasty rings are surgical devices implanted around the perimeter (i.e. annulus) of dilated, leaking heart valves. By restoring the normal size of dilated valves, these rings help restore normal valve function. Annuloplasty rings are used ubiquitously in adults, and they are extremely effective3. But they do not grow.

To address this pressing need, we sought to develop a growth-accommodating annuloplasty ring for pediatric heart valve repair. The results of this project were just published in a paper in Nature Biomedical Engineering.

Autonomous growth – developing a concept The first phase of the project was brainstorming. We spent hours contemplating the fundamental question: how to achieve a mechanism of autonomous device growth? We focused on ways to exploit biodegradable materials to implement autonomous device expansion. This was somewhat counterintuitive: device growth secondary to device degradation! Several elaborate designs were contrived. Some had multiple biodegradable components, while others used complex interlocking parts. Each idea held some initial promise, although with a strong engineering presence in our lab the impracticalities of many design ideas became obvious.

The human heart, which beats over 2 billion times in a lifetime, is an extremely dynamic organ. Any hope of designing a successful growth-accommodating device for pediatric heart valve repair required device durability. Numerous interlocking or moving parts would invariably break down or fail with time inside the beating heart. In our view, design simplicity could impart device durability.

Inspired by the Chinese finger trap, we pursued a concept that involved two principle components: an outer, tubular braided sleeve, and an inner degradable core. When placed under tension at its ends a biaxially braided sleeve – akin to a Chinese finger trap – elongates with a concomitant decrease in diameter. It was self evident that elongation required thinning of the braided sleeve due to the device’s intrinsic geometry. Furthermore, if we controlled sleeve diameter we could control sleeve (and overall device) length (Fig. 1).

The concept of controlling braided sleeve diameter to effect changes in braid length was not new. The phenomenon has been exploited for pneumatic muscle actuators in soft robotics, where pneumatic expansion/contraction of an elastic bladder effects shortening/lengthening of a surrounding braided mesh to mimic muscle contraction/elongation1.

The “aha!” moment came when we realized we could control sleeve diameter—and therefore overall device length—with a degradable core. By defining braid diameter with a degradable core, we could couple core degradation to overall device growth (Fig. 2a), and this growth mechanism could be applied to a heart valve annuloplasty ring (Fig. 2b). Following surgical implantation, degradation of the core inside the ring would enable thinning out and elongation of the device in response to the growing heart valve (Fig. 2c).

An attractive feature to our design concept was that biaxial braids have predictable elongation profiles, which are defined by the intrinsic braided sleeve geometry. To put it simply, tightly wound braids elongate more than loosely wound ones. This elongation behavior could be modeled, altered, and predicted—all critical features when designing a device for surgical implantation.

Early ex vivo studies Our initial ex vivo studies aimed to demonstrate this concept of controlled device elongation with a degradable core. Additionally, we wanted to show that this device could control the size of the tissues onto which it was implanted. For these early studies we used sugar cores as a surrogate for a degradable material: they are easy to make, reliably dissolve in water, and they are inexpensive! Inside of a braided sleeve, the sugar cores rapidly dissolved underwater allowing the braided sleeve to elongate. The device elongated gradually and predictably, akin to a child’s growth. When implanted on the valves of explanted swine hearts, the device controlled valve size (Video 1).

Video 1. Representative video of a growth-accommodating annuloplasty ring in an ex vivo swine heart preparation. The video is an en face view of tricuspid valve with the ring in place. 100x normal speed demonstrates gradual ring and tricuspid valve expansion in response to inner core dissolution.

The Karp Lab – a crucial collaboration We had demonstrated the concept ex vivo, but sugar cores were obviously not a viable option for in vivo studies and clinical application. We needed a degradable material, and so we partnered with Jeffrey Karp, a bioengineer and principal investigator at Brigham and Women’s Hospital and Harvard Medical School. His expertise in chemical engineering and biopolymer materials brought a critical element to the project. I worked most closely with Yuhan Lee, a postdoctoral researcher in Dr. Karp’s lab.

It became clear from our work that specific design criteria were required for the degradable core. Ideally it would be a biocompatible material that was surface-eroding and of sufficient strength to withstand the forces of in vivo microenvironments. We used the surface-eroding, biodegradable, biocompatible polymer poly(glycerol sebacate) (PGS), and modified its synthesis to make its compressive strength sufficient for clinical applications.

Putting it all together – in vivo studies and a broader application Once we had a concept and a biodegradable core, we were ready to test the idea in vivo. Our initial small animal studies focused on rat tibial growth. The animal model was simple and easily reproducible. Following surgical implantation, PGS core degradation enabled braid elongation in the face of a growing long-bone, and bone growth was accommodated. Non-degrading cores in the control group precluded braid elongation, and bone growth was restricted. We had proven the device concept in vivo. Importantly, we had also come upon another potential pediatric application for the device concept: pediatric orthopedics!

Coming from a cardiac surgery lab, our initial inspiration had always been to create a growth-accommodating annuloplasty ring. The next stage of this proof-of-principle study addressed just that in a growing piglet heart. Implanted on the tricuspid valve of growing piglets, the growth-accommodating annuloplasty ring effectively reduced tricuspid valve size, as is required in valve repair surgeries. The polymer core subsequently degraded, and the piglet heart valves grew!

Outlook and ongoing work This paper presents the initial design and proof-of-principle for the braid/core grow-accommodating device concept, and is the summation of a collaborative, multidisciplinary effort involving biomedical engineers and cardiac surgeons. The design concept is readily tunable, both in terms of modifying the degradable polymer core degradation characteristics as well as the braid elongation profile. The design concept therefore has potential applications across a variety of pediatric surgical conditions, and in this regard, represents a new paradigm of pediatric device development.

Based on the promising in vivo experimental data from this study, we are now working with the biomedical device company CryoLife Inc. to further develop the concept into a growth-accommodating annuloplasty ring implant for pediatric heart valve repair. 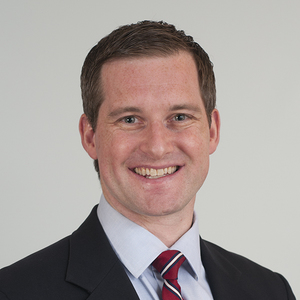