Engineering a hydrogel to regenerate muscle after heart attack

Intracardiac injection of a hydrogel–miRNA complex leads to regeneration of cardiomyocytes and improves cardiac function.

Several years ago, when I joined Professor Jason Burdick’s lab as an MD-PhD student, Professor Ed Morrisey and his lab had just made a fascinating discovery, showing that miR-302, a non-coding RNA, causes proliferation of cardiac muscle cells (cardiomyocytes).1  These cells are thought to be incapable of dividing in adults, making it difficult to repair the heart after injury. Their lab showed, in mice, that injecting miR-302 intravenously every day for a week improved outcomes after heart attacks (myocardial infarctions), recovering damaged muscle through cardiomyocyte proliferation. Despite great therapeutic potential, there were shortcomings in the delivery approach: first, the injection of miR-302 every day intravenously for one week would be tedious and a challenge towards patient adherence; second, a molecule in the bloodstream causing proliferation could cause cell growth in unwanted places, potentially leading to tumor formation.

To overcome these challenges, Ed approached Jason to collaborate, as the Burdick lab has extensive experience designing hydrogels (cross-linked polymer networks) for delivery of therapeutics to tissues. In this instance, we wanted an injectable hydrogel that could deliver miR-302 to the heart, keeping it only in the heart for the one week needed for it to work. In our lab, we had developed an injectable hydrogel assembled through reversible ‘guest-host’ bonds that we thought was suitable (Video 1).2 At this point, I met Dr. Ying Liu, a post-doctoral fellow in Ed’s lab and a co-author on this project. We identified a hydrogel-miR-302 complex formulation that released miR-302 for one week and induced proliferation of neonatal mouse cardiomyocytes in vitro. In collaboration with Professor Pavan Atluri’s lab, we injected our hydrogel-miR-302 complexes into mouse hearts and found that we could make cardiomyocytes proliferate.

Video 1. Loading hydrogels (blue dye) into syringes and injecting into water, where hydrogels do not disperse.

To identify new muscle formation, Ying generated “Confetti” mice: in this model, we could turn on expression of fluorescent proteins in cardiomyocytes through tamoxifen stimulation, hypothesizing that fluorescently-labeled cardiomyocytes would divide to create ‘clusters’ of cells of the same fluorescent color, indicating they all originated from the same cell. This was a challenging undertaking; if we labeled too many cardiomyocytes, we would never be able to discern those that divided from those that were just randomly labeled that way; conversely, if we labeled too few cardiomyocytes, we would never find those that divided. After numerous dose-response experiments, we finally captured just enough cardiomyocytes to show that single fluorescently-labeled cells became clusters in our treatment groups (Figure 1).

In parallel, we wanted to show that our hydrogel treatment could also improve cardiac function after myocardial infarction in mice. The injection of small hydrogel volumes in the thin mouse heart muscle was not an easy feat, but with the tireless patience of Dr. Jennifer Chung, a surgery resident in Pavan’s lab, we eventually demonstrated that hydrogel-miR-302 improves cardiac function. From a single hydrogel treatment, we recapitulated the therapeutic benefits from seven days of miR-302 injections (Video 2).

Video 2. Evaluating function with echocardiography. Contractile movement in the heart is improved in treatment group (gel-miR-302) compared to control (gel-miR-NC) at 28 days after myocardial infarction in mice.

This project was only possible with the collective efforts of an exceptional group of biologists, engineers, and surgeons. The University of Pennsylvania has a unique campus where these groups and facilities are in close geographical proximity, making collaborations possible. We think this hydrogel approach opens an exciting new avenue for regenerative medicine, moving away from stem cells and towards approaches to activate endogenous repair. Although we are excited to investigate our technology in larger animals and on human cells, we also hope our work can be applied as a platform for RNA delivery in other pathologies. 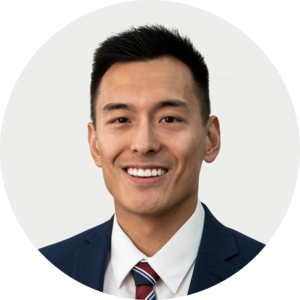