As the risk of developing colorectal cancer increases with age, the need to discover means of preventing it is paramount in improving lives. We have shown in our recent study published in Nature Biomedical Engineering1 that engineered commensal Escherichia coli can be used to prevent colorectal cancer development. These microbes are able to bind to colorectal tumour surfaces and secrete the enzyme myrosinase, which converts dietary glucosinolates to sulforaphane, a potent anticancer agent (Figure 1).

The laboratory at the National University of Syngapore's Synthetic Biology for Clinical and Technological Innovation (NUS-SynCTI) has a strong synthetic biology background, particularly in employing microbial chassis for the delivery of therapeutics and bioproduction. Whereas in most of our previous work we were driven towards targeting infectious disease2,3, I personally had an aspiration to work on targeting and preventing cancer. To this, we set forth to tackle colorectal cancers, which have the highest occurrence worldwide in both men and women. The challenging aspect of the work is in how to target delivery of the therapeutics, and in how to control the amount of therapeutics administered.

Figure 1 | Engineered microbe for adenocarcinoma clearance. Engineered microbes administered orally bind to the surfaces of colorectal cancer cells (a), allowing microbes to secrete myrosinase, which converts ingested dietary glucosinolate (b). Upon cancer cell clearance, the microbes are released from the surface of the intestinal mucosa layer (c). Figure adapted from ref.1, Macmillan Publishers.

Targeted delivery of therapeutics is challenging in part because most targeted tissues are highly fluid. In order to elicit a selected cellular response, therapeutic drugs must achieve a threshold concentration that is hard to control in the highly dynamic state of the human gut. To overcome this hurdle, we engineered the microbes to bind to the surface of cancer cells. Obvious potential targets that are upregulated in cancer cells, such as EGFR, might trigger unknown cellular response in the cancer cells upon binding of the delivery agent. Therefore we explored the behaviour of microbes that were found to naturally attach and infiltrate tumour masses. One such microbe, Streptococcus gallolyticus, is able to distinguish dysplastic cells from healthy cells by recognising and binding to cell surface heparan sulfate proteoglycans (HSPG)4. This selective binding is conferred by Histone-like protein A (HlpA), an HSPG-binding protein expressed on the microbial surface. In dysplastic cells, HSPG is upregulated and exposed on the gut lumen owing to loss of cellular apical basal polarity. Therefore, HlpA expression on the surface of our commensal microbe facilitated the specific binding to colorectal cancer cells. We found that binding is preserved when the microbes were introduced in mice carrying colorectal cancer (Figure 2).

In our initial experimental design focusing on colorectal cancer prevention we intended to engineer the microbes to express and secrete anticancer peptides5. However, the amount of anticancer peptides released is dependent on how many microbes bind to the tumour surface. This is an important consideration given that higher concentrations of therapeutics can result in indiscriminative killing of host cells. To mitigate this limitation, the use of vegetable-derived glucosinolates as an anticancer agent seemed an ideal solution. Glucosinolates, which in their hydrolysed state have been proven to be effective anticancer agents, are usually not utilized by the human body. As glucosinolates remain available for hydrolysis, we can harness their latent anticancer properties by using our engineered microbe to facilitate their conversion.

This approach enables us to manipulate the amount of vegetable source that is ingested by the patient, thus controlling the dosage given to the patient. When coupled together, the engineered microbes and the control over dietary intake of glucosinolates led to prevention of tumour development in a mouse model of induced colorectal cancer (Figure 3).

Figure 3 | Mouse fed with the engineered microbe and a cruciferous vegetable rich diet. 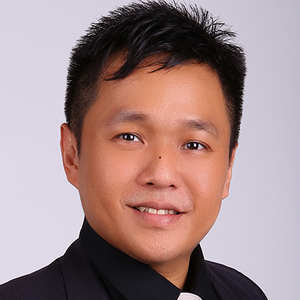