The paper in Nature Biomedical Engineering is here: http://go.nature.com/2tjLsTR

For the past decade, the Di Carlo Lab has aimed at developing tools that automate the analysis of processes in the life sciences, often at the single-cell level. These include tools that automate 1) measurement of single-cell deformability, 2) isolation of rare single-cells, 3) adhesion profiling of single-cells, 4) motility analysis of single-cells, and 5) mechanical interaction with single-cells. In our new paper published in Nature Biomedical Engineering, a study that combines much of the expertise and know-how used in developing previous tools, we created a method to automate measurement of cellular force-generation – something that was previously cumbersome, slow, difficult and often requiring more expertise than was available to a typical research group.

My co-first author, Prof. Peter Tseng, was a post-doc in the Di Carlo Lab when I arrived as PhD student in fall 2013 when one of his pet-projects was embedding proteins and other materials into soft substrates using sacrificial dextran layers which he borrowed from traditional MEMS processes. This sacrificial method solved a longstanding challenge of robust micropatterning on soft substrates, and is what we use today. When Peter shifted his focus to other technologies, I was serendipitously recruited to the project with the vision of automating cellular force cytometry.

I did the easy part first: I wrote image analysis software to measure micropattern deformations, optimized the microfabrication process, and assayed a variety of cells – anything I could get my hands on.  The method worked (see: Movie 1 depicting cell deforming a single micro-pattern), but it was still done one condition at a time, with manual image acquisition, and up to that point revealed no new biology. Then the exciting part of the journey began, and there were 3 distinct events that I believe shaped this work towards its final form.

The first event was a lab journal club in which a colleague presented a paper studying cytoskeletal reorganization during phagocytosis by micropatterning macrophages using immune-complexes (on glass).  Immediately we began to devise ways to induce the same behavior on our soft substrates to measure phagocytic forces, something that had not been demonstrated in human macrophages.  After several failed ideas, I discovered Prof. Sherie Morrison’s work on chimeric human antibodies, some of which she kindly agreed to provide to our project. Patterning this new reagent worked surprisingly well and led to the data presented in Figs. 6 and 7 of the paper (see: Figure 1).

The second event was my first trip to a high-throughput screening facility (the Molecular Screening Shared Resource at UCLA). There I first observed the power of lab automation, and was introduced to Prof. Robert Damoiseaux, an expert who became a close collaborator and a great advisor to me.  Prior to this meeting, we had internally discussed creating a multi-well construct of our substrates to enable parallelized studies, but expected to achieve this with ‘home-made’ materials. However, Robert made it clear that if we wanted to automate this analysis, then we could not treat it like a toy, and had to use precision and industry-standard well-plate architectures. This led me to develop a method for integrating our platform with the 96-wellplate and completely change how we performed experiments.

The third event occurred just before the 2016 Society of Laboratory Automation and Screening annual meeting where I was slated to speak and compete for an award.  My abstract (submitted months earlier) described high-throughput antagonistic screening in airway cells but, at that time, I had not succeeded in inducing responsiveness in the cells. Worried I would have little to show for my work, I scanned Pubmed for work on airway cell contractility and found a 1989 paper by Reynold Panettieri Jr describing an in vitro culturing protocol that helped airway smooth muscle cells to retain their physiological responsiveness1. To my surprise, Rey (27 years after the publication of that paper) quickly responded and offered to provide us patient-derived cells and protocols. This initial meeting led to several projects, an NIH R21 grant, and the results shown in Fig. 3, 4, and 5.  We continue to utilize the single-cell force cytometry platform in this prized collaboration and have several studies on the functional bases of airway disease in the works.

My overall experience was that there were always resources available to solve our scientific problems if I were to just look around and ask. As a result, the paper was a highly collaborative work. Although it took approximately 3 years to publish, the journey helped us achieve a ready-to-use technology that we are confidently moving toward commercialization. 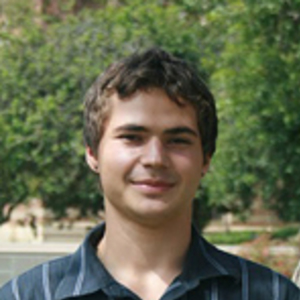