Hyperdimensional quantitative imaging of the heart

Magnetic resonance imaging (MRI) is naturally qualitative: its pixel values are unitless* and cannot be directly compared between visits or between individuals. Abnormal tissue is mainly detected by comparing it to healthy tissue, so disease can go undetected when it is too widespread for healthy tissue to be present. In addition, it is difficult to compare images acquired at different times to assess longitudinal changes of disease or the effect of treatment. To avoid these pitfalls, MRI can be made quantitative by acquiring and analyzing multiple qualitative images. Unfortunately for cardiovascular MR (CMR), heart motion and respiration make it challenging to collect even one motion-free qualitative image—let alone the series of precisely-timed images required for quantification. The standard approach to quantitative CMR has therefore been to ‘freeze’ motion, collecting image data in short bursts using a complicated mixture of electrocardiogram (ECG) triggering and repeated breath holds. This approach is difficult, unreliable, and most importantly, unsuitable for patients with irregular heartbeats or trouble breath-holding, preventing the wide clinical adoption of quantitative CMR.

The multitasking project started in August 2015, when Debiao Li, director of the Cedars-Sinai Biomedical Imaging Research Institute (BIRI), hired me as a postdoc in his research group. Debiao and his group were pioneers in many areas of CMR, including non-ECG, free-breathing imaging2; I had just graduated from Zhi-Pei Liang’s group at the University of Illinois at Urbana-Champaign, where low-rank imaging was first developed3. Around this time, there was a growing interest in going beyond sorting image data into separate cardiac and respiratory dimensions (which had been done for many years to separate motion) by exploiting multidimensionality in order to speed up acquisition, as exemplified by the XD-GRASP3 method from NYU. This had seen great success for qualitative CMR, but quantitative CMR would need even more time dimensions—for example, T1 recovery and T2 decay dimensions (two relaxation processes which can be quantified).

The main barrier to having so many image dimensions is the “curse of dimensionality”, the phenomenon wherein scan time and memory requirements grow exponentially with the number of dimensions. If one time dimension with 16 images takes 9 seconds of scan time and 25 MB of memory, four time dimensions with 16 × 5 × 344 × 5 = 137,600 images would take 22 hours and 210 GB! Our method would have to directly ensure that the curse of dimensionality would be manageable. We reasoned that because cardiovascular image series were known to be low-rank—and because low-rank tensors grow approximately linearly with the number of dimensions—LRT imaging would make an ideal framework for the problem. For a factored LRT, four time dimensions could take 25 seconds (which we extended to 90 seconds to ensure high signal-to-noise ratio) and 67 MB.

We set to work retooling LRT imaging to support the unique challenges of multidimensional quantitative CMR. Existing LRT imaging methods either weren't compatible with unpredictable sampling patterns (the patient unconsciously controls the cardiac and respiratory time dimensions) or didn’t take advantage of LRT memory savings, making computation impractical. To fit the needs of our problem, we redesigned the pulse sequence, sampling scheme, and image reconstruction into a new imaging framework. I presented the first working prototype at a group meeting in October 2015: non-ECG, free-breathing, saturation-recovery imaging, where either cardiac motion, respiratory motion, or saturation recovery could be retrospectively paused or targeted at will. My original intent was to adapt the prototype for quantitative single-bolus myocardial perfusion imaging, but Debiao also challenged the entire research group to find ways of using the new framework in other areas as well.

At that point, the ideas and development speed grew exponentially (as things tend to!). Jaime Shaw, Debiao's graduate student and now postdoc, was the first to adopt it, using inversion recovery (IR) preparation for cardiac-resolved T1 mapping. Debiao suggested that we add T2 mapping using T2-preparation (T2prep); Chris Nguyen and Yibin Xie (Debiao’s other postdocs, now faculty members) both suggested to incorporate the T2prep directly with the IR pulse. Chris adapted the cardiac T1 sequence to add the T2prep; meanwhile, Yibin and Nan Wang (Debiao’s graduate student) developed various forms of carotid artery multitasking (which will be the subject of future papers) and made developments which found their way back into cardiac multitasking. Qi Yang (a BIRI faculty member) collected patient data to show that the cardiac T1-T2 mapping method was useful in the clinic.

A final step was to name the technique. MRI researchers are famous for their virtuosity with acronyms; some of my personal favorites are SMASH, SENSE, GRAPPA, SPIRiT, TWIST, PASTA, THRIVE, SASHA, SPICE, UNFOLD, FASCINATE, SAPPHIRE, PARADISE, CAIPIRINHA, and QUIXOTIC. As we were searching for a name, I pitched:

The reception was less than enthusiastic (or as Jaime put it, “Cilantro tastes disgusting!”). The problem was that none of these acronyms really communicated what our new framework could actually do. We resolved to choose a short phrase that was more communicative. It was my wife who said over a bowl of cilantro-laden noodles in Thai Town: “If the point is that it can handle all those different measurements and dynamics at once, then you should just call it multitasking.” The name stuck.

*Pixel values could be said to be in units of volts, but individual voltages are not reproducible between visits and have no clear biomedical interpretation. 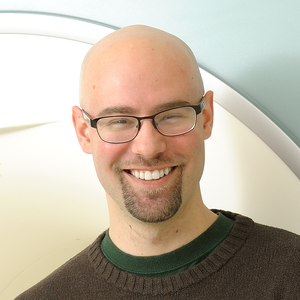