A cell patch for the treatment of blindness

The London Project to Cure Blindness (LPCB) is a collaborative research group that was established by Prof. Pete Coffey and Prof. Lyndon da Cruz following the gift of a large anonymous philanthropic donation.  It was formally launched in London in 2007 though the collaboration had commenced prior to that time.

Professor Coffey had been working on cellular therapies for retinal disease and Prof da Cruz on surgical strategies to treat age-related macular degeneration (AMD). The aim of the LPCB was to accelerate development of new treatments by running the science and medicine in parallel and solving treatment problems concurrently, with the treatment of specific disease entities in mind.  This meant we planned for a particular treatment of a particular disease rather than a general cellular treatment paradigm for retinal diseases.

The current Nature Biotechnology paper reports the outcomes of the first major project of LPCB, which was to engineer a sheet of retinal pigment epithelium (RPE) cells, a critical layer of the human retina that is central to the onset of AMD.  We then had to confirm its safety and stability and create a surgical strategy and tool to deliver it in the context of severe wet macular degeneration. The success of taking this to a first in man trial and getting strong safety and efficacy signals in the first 2 patients has been fantastic for the group. It has also set a pipeline and structure to other cellular transplant projects that will follow this initial work.

Figure 1. The hESC-derived RPE patch as it looks after successful transplantation in a pig

In scientific terms the major controversy in this field was whether to transplant the RPE cells as a sheet, which is how they exist in their natural state, or whether a successful treatment could be instituted by injecting a suspension of cells.  We felt that although the challenge of transplanting a sheet was greater and that the first in man trials would be delayed relative to injecting a suspension of cells, that the cells on a stable membrane and delivered in their optimal configuration, a sheet, was advantageous (Fig 1).  The results of the first 2 patients in the recent trial show that delivering a sheet is feasible in the context of disease and that the visual recovery suggests that it is possible to be efficacious as well.

The hardest lesson we learnt was just how long it took and how many twists, turns and hurdles lay along the way.  We feel that having a clear end-point and a clear idea of the need for the particular patient group helped us continue and focus even during the slow bits. We also learned that attention to detail in every experiment along the way helped when finally getting to the regulatory submissions, especially given the relative novelty of the program.  This attention to detail and the thoroughness of attending to every safety aspect was also of great assistance when writing and responding to editors and reviewers in preparing the publication. 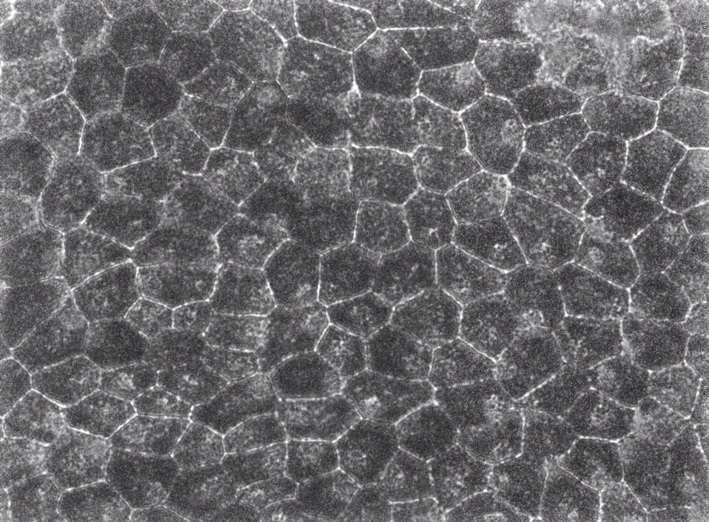 A cell patch for the treatment of blindness