A multiparametric evaluation of a nanoimmunotherapy that moderates CD40–CD40-ligand signaling in atherosclerotic mice and non-human primates
Marnix Lameijer
PhD, AMC
Follow
Like

The accumulation of monocytes and macrophages in atherosclerosis is a key process contributing to pathogenesis that is directly linked to destabilization and rupture of plaque1. Therefore, intervening in macrophage dynamics is increasingly considered as a therapeutic strategy. However, specificity remains a challenge. A myeloid cell-specific nanoparticle delivery system may be an attractive solution.

Our new study ‘Efficacy and safety assessment of a TRAF6-targeted nanoimmunotherapy in atherosclerotic mice and non-human primates’ not only reports the assessment of a nanoimmunotherapy, it also describes the collaboration of more than 30 researchers in 11 departments, across three countries. From a personal perspective, the study comprises an interesting journey about the integration of different expertise, resulting to exciting science.

Figure 1. A multifaceted study design, ranging from the creation of a nanoimmunotherapeutic, the biodistribution, efficacy, mechanism and safety.

In 2013 I joined the team of Prof. Mulder, who had been working on a high-density lipoprotein (HDL)-based nanodelivery systems for therapeutic agents since 2008.

The HDL-nanoparticle system has several characteristics that result in their increased uptake by myeloid cells, including domains that specifically bind to scavenger receptors. Prof. Mulder directs a nanomedicine lab at Mount Sanai in New York, and a team at the AMC (Academisch Medical Center) in Amsterdam, facilitating collaborations and forming the basis for my work with Prof. Lutgens and Dr. Duivenvoorden.

Prof. Lutgens has devoted her career to unraveling the role of CD40 and the TRAF molecules. Her lab was working on small molecule compounds that were found to block the interaction of CD40 and TRAF6: by specifically inhibiting this interaction in macrophages, mice were found to develop less atherosclerosis.  Taking advantage of its specificity for monocytes and macrophages, we proposed the use of HDL as a delivery vehicle could drastically improve the efficacy of these compounds.

Although initial mouse experiments were planned at the AMC in Amsterdam, a disease struck the mouse colonies and all work had to be halted. As a result, Dr. Duivenvoorden and myself travelled to New York to perform the experiments at Prof. Mulder’s Mount Sinai lab. There, the two of us and two medical students formed a mini group within the Nanomedicine Lab.  With the help of Dr. Fay and other team members, we developed and evaluated different nanoimmunotherapies. During this period, we performed FMT/CT experiments in Prof. Nahrendorf’s lab at the MGH (Massachusetts General Hospital) and devoted a lot of time extracting RNA from macrophages isolated from mouse plaque, in Dr. Fisher’s lab at NYU. After nearly 6 months, we delivered and successfully tested the TRAF6-targeted nanoimmunotherapy in mice. With our nanoimmunotherapy, we were able to significantly decrease plaque inflammation in atherosclerotic mice, by reducing the migration capacity of monocytes. Extensive transcriptome analyses provided in-depth insights in some of the key mechanisms behind our findings.

Although the mouse data were compelling, Prof. Mulder aspired to take the next step and bridge the gap between mice and humans. Around that time, Dr. Temel, from the University of Kentucky, approached us about safety studies in non-human primates. Dr. Calcagno, an imaging expert from Prof. Fayad’s group at Mount Sinai, and Dr. Binderup, an investigator from Copenhagen who has experience working with large animals, were involved in helping with PET/MRI biodistribution experiments in the same non-human primate model. This was a tremendous managerial challenge, ranging from animal husbandry, radiation safety, creating the radiolabeled nanoimmunotherapy, produced by Dr. Pérez-Medina, and the actual scan sessions. This resulted in unique PET/MRI data on nanoimmunotherapy biodistribution in non-human primates.

Collectively, this study describes the development of a promising nanoimmunomodulatory therapy, paving the way for future clinical translation. In addition, it incorporates a wide variety of experimental techniques and, not to forget, the combined effort and dedication of a great team of researchers. 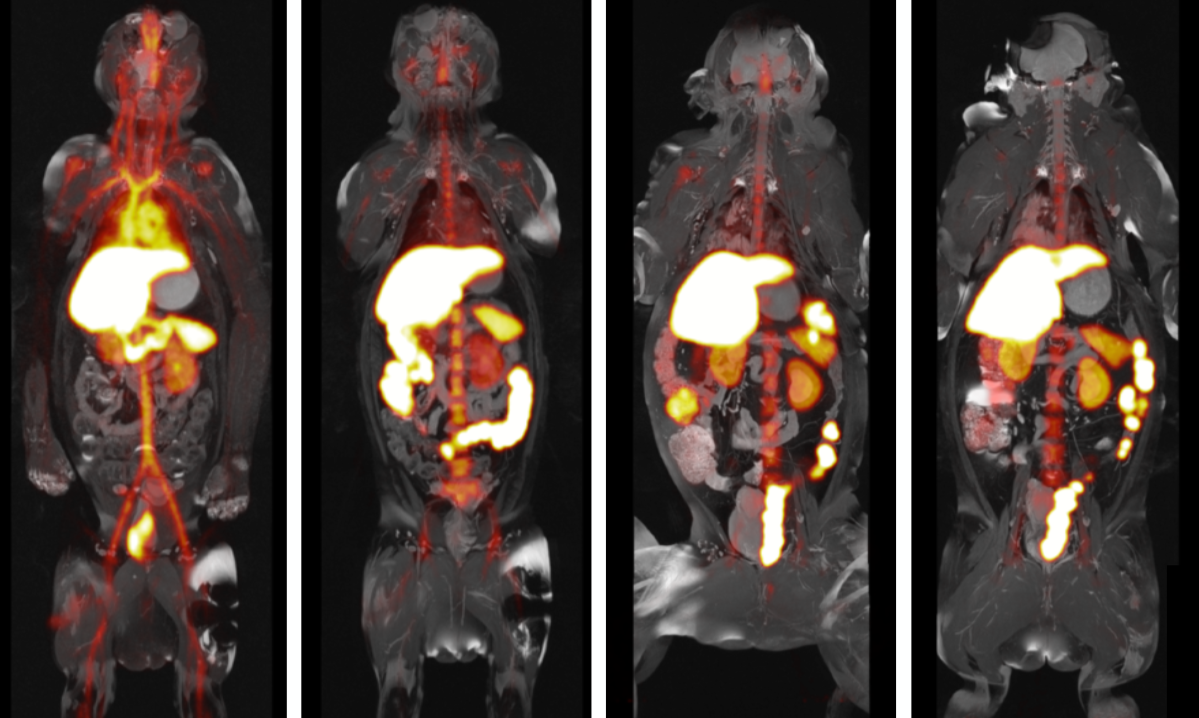