How a universal rational design principle was formulated for silicon-based optical modulation of biological processes at the level of organelles, single cells, tissues and whole animals
Yuanwen Jiang
Graduate Student, the University of Chicago
Follow
Like Liked by Bozhi Tian and 5 others

The paper in Nature Biomedical Engineering is here: https://go.nature.com/2HBMEIW

Biological modulation of biomolecular, cellular and organismal activities through external stimuli is a key therapeutic strategy for disease treatment. Existing modulation techniques, such as electrical stimulation and optogenetics, have demonstrated their benefits in both fundamental studies and clinical trials. Nevertheless, these methods come with certain drawbacks that require further development. For example, electrodes for stimulation are unavoidably tethered by external wirings such that they cannot function in an adjustable manner once implanted. Optogenetics, on the other hand, has the flexibility of photostimulation but is currently challenging to implement on large subjects due to the technical difficulties and ethical issues associated with genetic engineering.

In our work just published in Nature Biomedical Engineering, we formulated a biology-guided design principle for the formation of silicon-based functional biointerfaces to remotely modulate biological activities in a non-genetic fashion. The work followed a systematic study of the silicon (Si) material structure–property relationship, which led to the demonstration that these Si materials can operate as optically controlled, freestanding devices to modulate cellular excitability, brain activity and simple animal behavior in a non-genetic fashion. As an alternative modulation platform, our Si-based approach combines certain advantages of both electrical stimulation (non-genetic) and optogenetics (optically controlled), offering future opportunities to modulate activities in non-human primates or even human subjects.

The beginning of the project dates back to when I joined Prof. Bozhi Tian’s group as a fresh graduate student in 2012, at a time when Prof. Tian was starting his own lab at the University of Chicago. Prof. Tian is one of the pioneers to interface Si nanoelectronic devices with cellular systems, and has reported several important early works including intracellular recordings of action potentials with flexible Si nanowire-based field effect transistors1. Following these initial efforts, the field of bionanoelectronics has expanded quickly and many researchers joined this community at the time to focus on the development of materials and devices to sense biological activities.

In the early days of our lab, Prof. Tian and I had many brainstorming sessions and discussions on possible long-term projections of bioelectronics, as we hoped to do something unique and challenging. We both agreed that interactive human–machine interfaces would be the future of bioelectronics, but this requires that the device and the body can communicate in a bidirectional and even closed-loop manner. Back then, materials and devices that can actively conduct signals to the biological systems (i.e., stimulation) were much less explored when compared to the other aspect of bioelectronics (i.e., recording or sensing). This, however, created a great opportunity for us to work on new problems in the field. Furthermore, we realized that if we could make the modulator remotely controllable (e.g., by light), freestanding, and non-genetic, the device would have greater future interest, especially when real-world clinical applications are considered. Finally, we decided to explore two disciplines simultaneously: materials science and biophysics. These are typically separated from each other as they require distinct mindsets and approaches, but if merged well, they could yield unexpected breakthroughs. These initial discussions later became the major theme of my Ph.D. thesis work—Si-based optically controlled biointerfaces.

When we first got started, however, the knowledge base of the entire field on the physicochemical processes at the freestanding Si surfaces under physiological conditions was somewhat limited. Therefore, instead of engineering materials with blurred design principles, we chose to proceed in a more curiosity-driven exploratory process by employing an iterative approach, and do so with rigorous fundamental studies. Briefly, we first created a few new forms of Si and checked if there were any new and unexpected properties at the biointerfaces following in-depth characterization and quantitative analysis. If so, we would then establish refined rules as feedbacks to evolve later material designs. After almost 3 years of trial and error, we reported the first example of using Si structures to optically modulate neural activities in 2016 in Nature Materials2.

Figure 1. Diagram illustrating the organization of the study. In this work, we focused on the rational design of Si structures for optically controlled biointerfaces and formulated a biology-guided design principle that is based on the structures and mechanics (Selection I) and the photo-responses (Selection II) of various Si materials. These two Selections highlight nano-confinement-enabled thermal responses from nanocrystalline nanowires, p-i-n diode junction-enhanced capacitive currents, and metal-enhanced capacitive and Faradaic currents, all in freestanding configurations (Selected materials). In consideration of the materials structures, mechanics, and photo-responses, we focused on the intrinsic nanocrystalline Si nanowires for intracellular and the related intercellular probing, and only used the photothermal effect. For single cell or small tissue level inter- and extracellular studies, we primarily explored a light-induced capacitive effect, i.e., we used a p-i-n Si multilayered membrane where the biological invasiveness from capacitive electrochemical currents are usually minimal. Finally, given that the organ level modulation would require the largest stimuli, we used the Au-coated Si p-i-n membranes for in vivo studies (Functional biointerfaces). Figure adapted from our paper. Macmillan Publishers.

After the proof-of-concept demonstration in the first paper, we were then in a position to expand the Si material library for fundamental studies and applications in more diverse and more relevant biological systems. I was able to construct a large pool of Si structures with various geometries and compositions, including Si nanowires and membranes with different doping profiles and surface coatings, by combining bottom-up synthesis, top-down fabrication, and surface chemistry. However, the evaluation of the materials’ performances upon light illuminations under physiological conditions was a big hurdle for me. There were several groups using the patch-clamp setup to study materials photo-responses in the past, but a comprehensive method of quantifying individual light-induced effects had not been implemented before. After trying to figure out the correct data interpretation for almost half a year, I finally realized that the recorded current dynamics during light illuminations in the voltage-clamp mode were actually combinations of the photoelectric and photothermal effects of the Si under measurement, and I could just decouple them by simply fitting the light-induced current amplitudes over the holding levels (for more details see the Methods section of the paper). I was extremely excited when I finally ended up with a robust experimental and analysis protocol. I quickly screened all the materials I had made (~ 30 different ones) to optimize the synthetic conditions for individual photo-responses (i.e., capacitive, Faradaic, thermal).

With the optimal material systems, we still needed to demonstrate their utility in biological systems. After years of training, I was able to single-handedly operate cell level and simple animal work, but in vivo physiology experiments were still very challenging for me. At some point, when I had finished all work on the materials development, evaluation, and cellular applications, I was still not satisfied with the work. I clearly understood that demonstrations on animals would be the ultimate killer application of the story. I got stuck on the planning of animal experiments for quite a while and all of a sudden thought of an important person, Dr. Bing Liu, a neurophysiologist at UChicago. At the time, I only knew Bing very briefly as a friend of my labmate. Nevertheless, I approached him with my issues and thoughts. To my surprise, Bing was extremely intrigued and immediately connected me to one of his close colleagues, Dr. Xiaojian Li, who was also an enthusiastic and experienced neurophysiologist at Northwestern University. The three of us teamed up almost instantaneously—I provided all the materials and devices while Xiaojian and Bing designed, implemented, and analyzed all the physiological experiments on mice. Our small team worked extremely hard and we collected all the major in vivo results in less than half a year. I am grateful that the entire collaboration went very smoothly and ended up with many fruitful outcomes—a lot better than my original expectations.

Taken together, this work showcases our integrative approach (i.e., a combination of exploratory studies and rational designs) to address outstanding scientific questions in bioelectronics and biointerfaces. Our rational design principle could not have come to fruition without the earlier exploratory studies and in-depth analysis of results from advanced characterizations enabled by numerous facilities around Chicago. Active collaborations between physical and biological scientists are extremely important to merge efforts from different angles. Looking forward, our platform represents only one step towards remotely controlled non-genetic biological modulation. We hope future developments of other material systems that can effectively transduce external physical inputs (e.g., optical, electrical, magnetic, and ultrasonic) into output signals (e.g., electrical, thermal, and mechanical) that are recognizable by the biological systems, in combination with advanced imaging and recording techniques, may ultimately lead to interactive human–machine interfaces. 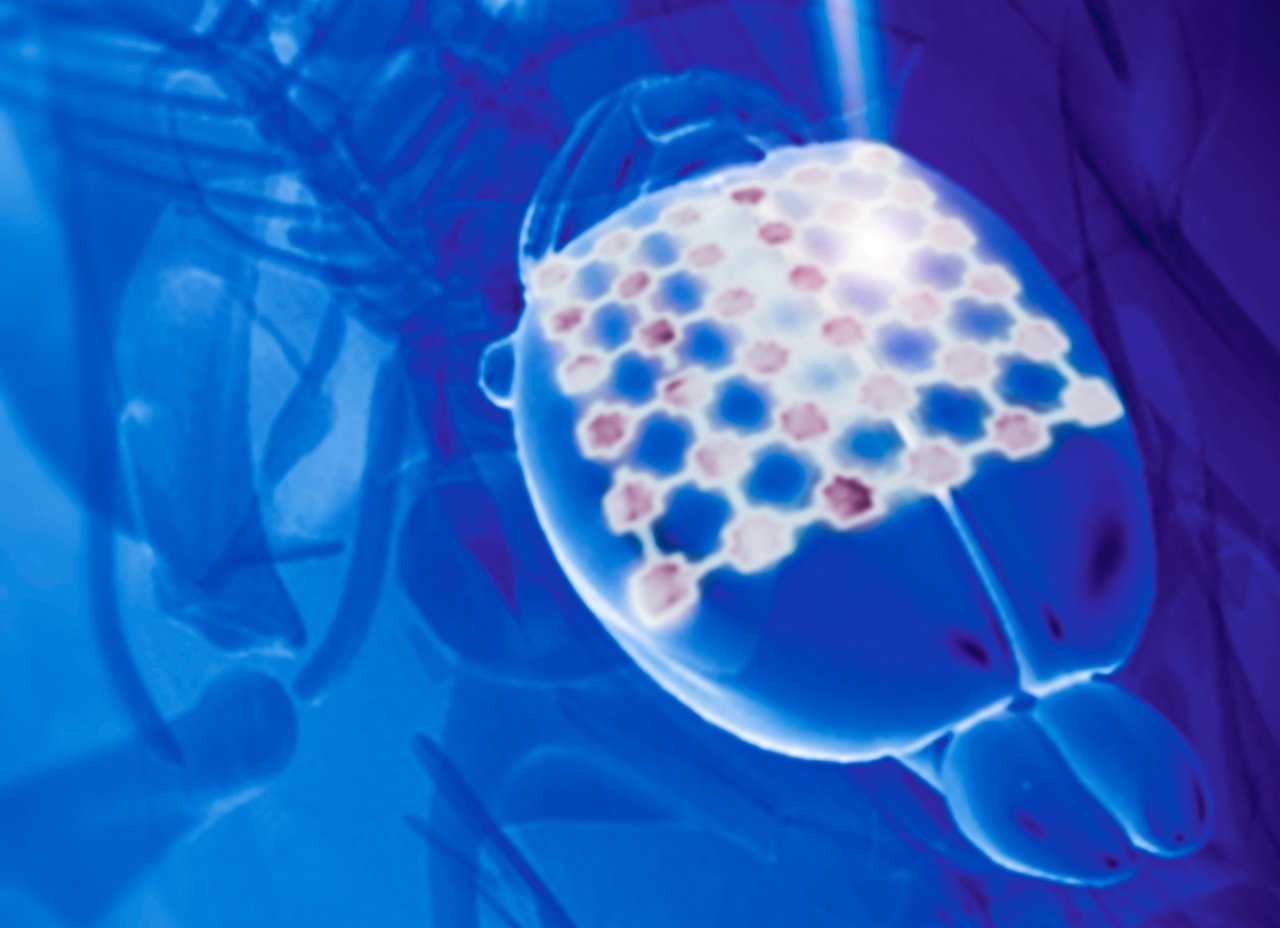 How a universal rational design principle was formulated for silicon-based optical modulation of biological processes at the level of organelles, single cells, tissues and whole animals