Comparable to social networks, in the search for epigenomic and transcriptional cooperation, it is all about who you know. A team of factors surrounding epigenomic regulators is recognized as a key determinant in cancer therapy resistance and as therapeutic targets. Hidden layers of regulation that control the activity of genes can produce drug-resistant, surviving cells. New research, published today in the Nature Partner Journal npj Systems Biology and Applications​ helps explain how regulatory hierarchies and cooperation in oncogenic networks arise.

Scientists have realized the importance of epigenomic control in development and disease processes. Epigenomics does not directly affect the DNA itself, a hidden layer of regulation controls the activity of genes. Epigenomic and metabolic signals—beyond the generic code of DNA—determine which cellular programs are read out and which ones are silenced. Such epigenomic control networks have important implications for the future of cancer therapy. In cancer, if we disregard or insufficiently understand epigenomic networks, tumor cells have the ability to rapidly adapt to drug treatment and resistance may arise.

However, research in epigenomics is tough and faces challenges which sound similar to challenges of criminologists who try to unravel social media structures or dark web activity. First, the extent of epigenomic activity remains unclear due to the sheer size and dynamic structure of its networks. Second, research is hindered by a lack of adequate tools and methods to examine the immensity and evolving structure of epigenomic networks. Finally, systems biology theories have yet to be applied to epigenomic networks to elucidate how they benefit or rewire cellular physiology.

"By teaming up with transcription factors, epigenomic modifiers have the ability to affect the behavior of an entire network of cancer genes and can take on oncogenic roles themselves".

If we identify factors in epigenomic networks who act as tangible hubs for others to the rest of the network, we recognize control and access points. Transcription factors with their DNA recognition domains oversee highly specific sequence recognition sites and have the ability to bridge between chromatin-wide epigenomic remodelers and the DNA. By teaming up with transcription factors, epigenomic modifiers have the ability to affect the behavior of an entire network of cancer genes and can take on oncogenic roles themselves. In human interaction networks, social media influencers would take a similar role. They are well-connected and facilitate connecting the large number of small degree nodes to the rest of the network.

Synergy by epigenomic and transcriptional cooperation

Synergistic molecular events between epigenomic remodelers and transcription factors are called epigenomic and transcriptional cooperation. The cancer systems biology team of Professor Fabian V. Filipp at the University of California Merced has introduced a universal workflow for elucidation of regulatory cooperation networks. The researchers show that by integrating different genomic features of complementary epigenomic and transcriptomic data a highly specific and hyperconnected network can be identified. On the one hand epigenomic target regions define accessible chromatin, on the other hand motifs of differentially expressed transcripts determine the target genes controlled by the cooperative forces.

The network of networks in epigenomic and transcriptional cooperation by an epigenomic master regulator. In cancer, due to the ability to team up with transcription factors, epioncogenes concert malignant effector networks.

In such a cooperation network, one component opens the chromatin, another one recognizes gene-specific DNA motifs, others scaffold between histones, cofactors and the transcriptional complex. In cancer, epigenetic master regulators accomplish target specificity of their phenotypic program by cooperation with members of the transcriptional machinery. The research published today establishes how genome-wide data in combination with systems biology analyses discovers master regulators and new drug targets of therapy resistance in cancer.

Fabian V. Filipp is a professor for Systems Biology and Cancer Metabolism focused on the connection between epigenomic master regulators and their control over central metabolism as an opportunity for diagnosis and treatment of therapy-resistant cancers.

Fabian V. Filipp is author of “A network of epigenomic and transcriptional cooperation encompassing an epigenomic master regulator in cancer" (https://doi.org/10.1038/s41540-018-0061-4)” and spearheads the cancer systems biology research group at the University of California Merced. Follow him on Twitter @cancersystembio (https://twitter.com/cancersystembio) and engage in the conversation on Twitter with #myepigenome. 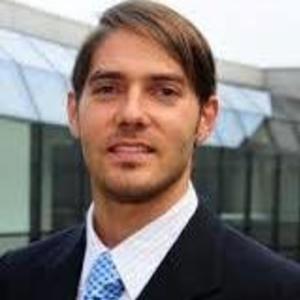 Fabian V. Filipp is a professor for Systems Biology and Cancer Metabolism focused on the connection between epigenomic master regulators and their control over central metabolism as an opportunity for diagnosis and treatment of therapy-resistant cancers. In addition to breakthroughs in cancer research, Filipp is dedicated to promoting advanced graduate training and student mentoring. Filipp has developed cutting-edge training courses on cancer systems biology and teaches in metabolic engineering and big data in precision medicine. Collaborative team science includes the U.S. and Germany strengthening international bridges between American and European researchers. The project German-U.S. Science Alliance on Precision Medicine and Cancer Prevention is part of the Deutschlandjahr USA 2018/19—Year of German-American Friendship. This initiative is funded by the German Federal Foreign Office, implemented by the Goethe-Institute, and supported by The Federation of German Industries (BDI).
Follow