A new yeast strain has been created that has only 1 chromosome, instead of the customary 16. Fusion of all the genetic information into a single chromosome drastically alters the global three-dimensional chromosomal structure, however the new strain is proved unexpectedly robust, albeit with small fitness limitations and modest defects in sexual reproduction.

The paper in Nature is here: go.nature.com/2McfttP

Almost all known natural eukaryotic species have multiple chromosomes, but the number of chromosomes varies without clear rules accountable to their biological characteristics. For instance, 32 chromosomes in a diploid of the budding yeast Saccharomyces cerevisiae1, 12 in the worm Caenorhabditis elegans2, 8 in the fruit fly Drosophila melanogaster3, 10 in the plant Arabidopsis thaliana4, 40 in the mouse Mus musculus5 and 46 in humans (Homo sapiens)6. In contrast, the prokaryotes usually have only one chromosome. My boss Prof. Zhongjun Qin from Chinese Academy of Science (CAS) thinks that living organisms can have different forms, and he guesses that the eukaryotes can be artificially engineering to organize all the genetic information into one chromosome, similar as the prokaryotes. When I first heard his crazy idea in 2013, my feeling was “Oh, my goodness! It is crazy! But who knows, maybe it will work.” Thanks to our lack of knowledge in yeast biology, we started this chromosome-fusion project without any hesitations.

We chose the eukaryotic model organism S. cerevisiae, whose haploid cell contains sixteen chromosomes ranging from 230 to 1,500 kb. To ensure that the chromosome fusions carried out precisely and efficiently, and would not affect the cell growth, Prof. Qin and I discussed and drew up the principles for rational designs, including intentionally kept the single centromere roughly in the middle of the final single chromosome to maintain two arms balanced in length, deletion of telomere-associated long repetitive sequences to avoid the undesired homologous recombination, and minimizing the influence on genes adjacent to the deletion regions. The PhD student Yangyang Shao was mainly responsible for constructing a serial yeast strains with progressively reduced chromosome numbers. Every step of chromosome fusions was carefully confirmed and checked by pulsed-field gel electrophoresis (PFGE) analysis. Luckily, we successfully created a single-chromosome yeast strain after 15 rounds of chromosome fusions, which deleted 15 centromeres, 30 telomeres and 19 telomere-associated long repeats.

I still remember the surprised look from our collaborator Prof. Jinqiu Zhou from CAS, a specialist working on budding yeast for decades, when we showed him our single-chromosome yeast. “It’s amazing!” By extensively cooperated with different groups, we characterized the single-chromosome yeast from multiple aspects. The most unexpected thing was that our single-chromosome yeast strain displayed robust growth under various conditions, and it had normal cell cycle and almost identical cell shape as the wild type cell (Figure 1). We further analyzed the three-dimensional structure and found that fusion of 16 chromosomes into 1 drastically changed the chromosome structure and interactions, however, the chromosomal changes had slight impact on global gene expression. Our data suggest that the inter-chromosomal interactions have a negligible impact on global gene transcription in yeast.

Figure 1. Characterization of the single-chromosome yeast. a, Scanning electron micrographs of wild type and single-chromosome yeast cells. The scale bar indicates 1 μm. b, The reduction of telomere numbers in the SY14 strain was visualized by immuno-staining of the 13-myc-tagged telomere-binding proteins Sir2 using anti-myc antibody7. In the wild type cells, 32 telomeres clustered at 6 to 8 foci in the nucleus, consistent with previous reports8,9. Only one or two telomere signals were detected in the single-chromosome cells. The myc-tagged telomere binding protein Sir2 was detected with polyclonal anti-myc antibody and Cy3-conjugated (red) secondary antibody. Nop1, a nucleolar protein, was detected with a monoclonal anti-Nop1 antibody and Alexa 488-conjugated (green) secondary antibody. DNA was stained by DAPI (blue). The scale bar indicates 1 μm. c, Three-dimensional conformation of the wild type and single-chromosome yeast genomes. The wild type’s sixteen chromosomes showed a typical Rabl configuration10, i.e., centromeres clustered around the spindle pole body (SPB), the telomeres clustered with the nuclear envelope (NE), and chromosome arms extending between these two anchoring points. Due to the dramatic reduction of centromere and telomere numbers, the overall genome structures in single-chromosome yeast exhibited a relatively twisted, globular configuration with both the centromeres and telomeres located roughly on the periphery of the whole structure and the two arms of each chromosome much more bent compared to the wild type.

When first heard our work of the single-chromosome yeast, Professor Jens Nielsen from Chalmers University of Technology in Sweden, a specialist of yeast engineering for industrial applications, was very interested and asked for our strain. He latterly found that our single-chromosome yeast displayed robust growth in batch fermentation, thus it could be a potential host for industrial applications. In addition, the series of strains with successive fusions of sixteen chromosomes created in this study would be of considerable value for future investigations of telomere biology, centromere/kinetochore biology, meiotic recombination, and the relationship between nuclear organization and function. 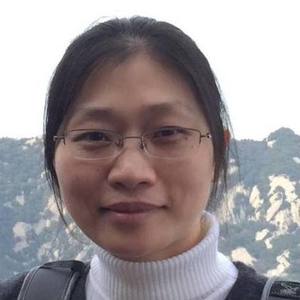