Due to intrinsic limitations of low biocompatibility, as well as the difficulty of morphological and functional modifications, the use of conventional inorganic quantum confined (QC) photoluminescent materials in biomedical applications and at bio-machine interfaces is extremely challenging. In contrast, bioinspired supramolecular structures, especially peptide self-assemblies, were found to show extensive quantum confinement effects and demonstrate remarkable photoluminescence that could offer some benefits over the inorganic counterparts1. However, the feasibility of tuning these structures and their corresponding optical properties, along with their uses in optoelectric and bio-imaging fields, remain to be demonstrated.

In a pioneering work, Prof. Mingjun Zhang’s group in The Ohio State University revealed that the linear-phenylalanine-tryptophan dipeptide can self-assemble into photoluminescent spherical nanoparticles (NPs), and that the emission could be significantly enhanced through coordination with zinc ions2. The doped NPs showed better photostability and biocompatibility, thus could be used to target cancer cells, allowing real-time imaging and monitoring of drug release2. Inspired by this fascinating work, our lab, Prof. Ehud Gazit’s group in Tel Aviv University, and Prof. Zhang’s group set out on a joint endeavor to extend our horizon to aromatic cyclic dipeptides combining the interests and expertise of both labs. Our lab focused on the photoluminescence modulation in the blue to yellow light region and optoelectric devices engineering and characterization. In parallel, Prof. Zhang’s group studied the photoluminescence tunability in the yellow to near-infrared region and in vivo bio-imaging applications.

Our collaborative findings demonstrated that aromatic cyclo-dipeptides dimerize to quantum dots (QDs), which act as building blocks to self-assemble into QC supramolecular structures with intrinsic fluorescence (Fig. 1a). In particular, the supramolecular morphologies could be finely tuned from dimeric QDs to larger organizations by controlling the self-assembly process, including by coordination with zinc ions (Fig. 1b), substitution with D-type enantiomers, oxidation by copper ions or UV irradiation and replacement of the solvent (Fig. 1c) or side-chain aromatic interactions. Correspondingly, the photoluminescence was modulated throughout most of the visible spectrum up to the near-infrared region (420 nm to 820 nm) (Fig. 1a, d). Especially, the wide-spectrum emission and biocompatibility feature allow the use of these supramolecular structures as phosphors (Fig. 1e) for light emitting diodes (LEDs) and for in vivo bio-imaging applications without any cytotoxicity (Fig. 1f). To the best of our knowledge, this is the first report of stable dimers for peptide self-assembly, as well as the first example of using peptide self-assemblies to design LEDs.

The advantages of the peptide self-assemblies, such as eco-friendliness, inherent bio-compatibility, morphological and functional flexibility, and ease of fabrication, make them appealing candidates to link materials science, quantum research, nanotechnology and biology. Their diverse supramolecular structures and wide-spectrum photoluminescence, covering nearly the entire visible spectrum to near-infrared region, demonstrate their tremendous potential for applications in fundamental biology, biomedicine and bio-organic electronics fields. For example, given the essential roles metal ions play in peptide self-assembly3, the cyclo-dipeptides QC self-assemblies might be used as fluorescent markers to detect the dynamics of aggregations processes, such as amyloidogenic polypeptide folding. This can allow a real-time, visual detection of metabolic activities, and even facilitate screening for inhibitors of these processes, acting by interaction with metal ions. In addition, their nanoscale sizes, optoelectric properties and intrinsic biocompatibility may allow these nanostructures to be implanted into neuronal cells in order to investigate the interface between the structures and neurons. Therefore, the metabolic procedures of the QC assemblies in neural cells and their response and influence on neuronal activities (such as current formation, synaptic activities and signal transduction) can be studied by tracking their signals. This can lay the basis for future diagnosis and treatment of sensory functions.

We hope that our work can pave the way towards the utilization of peptide self-assemblies as bioinspired, organic, supramolecular semiconductors, complementing the state-of-the-art inorganic counterparts. With this goal achieved, the self-assembling peptide nanostructures may bridge the gaps between traditional semiconductors and biological systems, and even revolutionize the field of semiconductors in general. We are looking forward to these developments, and warmly welcome researchers throughout the world to join this exciting field. 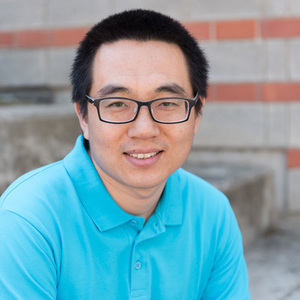