In our Nature Biotechnology paper, we develop a new decoding technology and demonstrate that mood variations can be decoded from brain signals in individuals. The new technology could help develop personalized therapies for treatment-resistant depression.

Our paper in Nature Biotechnology is now published.

Our brain functions and dysfunctions arise from the activity of large networks of interconnected neurons. Thus modeling, decoding, and controlling neural network activity are critical for understanding neural mechanisms and treating brain disorders. In my lab at the Department of Electrical Engineering & Neuroscience Graduate Program at the University of Southern California (USC), we work at the interface of statistical inference, machine learning, control theory, and neuroscience to develop neurotechnologies that treat neurological and neuropsychiatric disorders.

One direction that my lab's work has focused on for a long time is developing brain-machine interfaces (BMIs) that can restore lost motor function by decoding movement intention from brain signals. But in recent years, we have started working toward realizing a new generation of BMIs, this time to treat intractable neuropsychiatric disorders such as treatment-resistant depression.

Current treatments for depression such as medications are not effective in all patients. According to the NIH-funded STAR*D trial, almost 33% of major depression patients do not respond to treatment (more than 5.3M people in the US). For these millions of treatment-resistant patients, electrical deep brain stimulation (DBS) in a mood-relevant brain region could provide an alternative therapy. So far DBS therapies have been open-loop—continuously applying a fixed level of stimulation regardless of the patient’s mood condition. While open-loop DBS holds promise1–3, it has not been consistently effective for all patients in depression4. A more effective stimulation therapy could necessitate a personalized closed-loop approach in which an objective tracking of the moment to moment mood variations guides how stimulation is delivered in an individual. As a core component, such a closed-loop approach requires developing a new decoding technology for real-time mood tracking from brain signals, which was the goal of our paper that appeared in Nature Biotechnology.

To enable real-time decoding of mood in each individual, we first need to learn a model of how a person’s mood is encoded in their brain signals (Fig. 1). Learning the encoding model was challenging for several reasons. First, mood is thought to involve multiple distributed brain regions rather than single sites5–7. Moreover, how these regions encode mood is not fully known. Finally, mood is hard to assess, resulting in infrequent opportunities to measure it.

Figure 1. Illustration of decoder training and evaluation using cross-validation. (a) Brain signals and a subset of mood reports (training IMS) are used to train an encoding model for mood. In cross-validation, an IMS report (as an example, SN) is left out as the test IMS to be predicted. The other IMS reports (i.e., training IMS, here S1 to SN–1) and the associated brain signals are used to train an encoding model. (b) The trained encoding model is used to build a decoder that predicts mood state from the observed brain signals. The decoder is used to predict the test IMS (SN). We calculate the prediction error as the difference between the test IMS value and its prediction. The above procedure is performed once for each IMS, thus forming leave-one-out cross-validation. Decoding performance is evaluated using the average cross-validation error. Figure modified from Sani et al., Nature Biotechnology.

My PhD students, Omid Sani and Yuxiao Yang, and I set out to develop a new decoding algorithm to address these challenges. We collaborated with Edward Chang, professor of neurological surgery at UCSF, as part of the DARPA SUBNETS program to obtain distributed intracranial brain signals from multiple brain sites. The signals were recorded in human volunteers among a group of epilepsy patients who already had intracranial electrodes inserted in their brain for standard clinical monitoring to locate their seizures at UCSF. At discrete times during the recordings, these subjects were asked to report their mood by filling out a questionnaire called the Immediate Mood Scaler (IMS) on a tablet computer8. Given the short duration of time that epilepsy patients have these intracranial electrodes, it took us over 3 years to recruit 7 subjects who had both distributed brain signals as well as a dozen or so mood reports over multiple days to study mood variations. As we were collecting these data, we were continuously working on developing the decoding algorithms to deal with the modeling challenges. We used the collected data to test our new algorithms by comparing the predicted mood from brain signals to the reported mood in each individual.

The challenge in decoding was to use the few IMS reports to model how a large number of distributed brain signals related to mood in each individual. To enable this modeling, we had a simple idea: what if we compress the large number of brain signals to a low-dimensional variable that specifies the overall brain state, and then relate only that state to mood? To do this, we designed a new machine learning algorithm to automatically discover a small subset of brain regions that were most predictive of mood. We then modeled how the brain signals in this subset of regions related to mood and used them for decoding. We found that in every one of our 7 subjects, their reported mood could be predicted from their brain signals using our decoding technology (Fig. 2a,b). We further found that the brain regions discovered by the algorithm were consistently within the limbic regions (Fig. 2c), which are known from neuroimaging studies to be central to emotions. This showed the biological consistency of our new algorithms. Finally, we found that the brain signal variations in these regions were correlated with mood variations. You can find more details about our results in our paper published in Nature Biotechnology (link).

Figure 2. Mood state could be decoded from brain signals in each subject. (a) Overview of the decoding process. The decoder can process the intracranial brain signals causally over time to predict mood state. At discrete time points when a new IMS report is available, we compare it to the predicted IMS. (b) Cross-validated prediction of the mood state is shown against the true measured mood state, pooled across subjects. (c) Brain regions that were predictive of mood across the 7 individuals. Figure modified from Sani et al., Nature Biotechnology.

When we started this project 4 years ago, it was unknown whether mood variations can be decoded from brain signals. We are very excited to find that this decoding is possible. This new decoding technology presents a significant step toward building closed-loop stimulation therapies for treatment-resistant depression. However, there is still a lot of work to be done. Having a decoded mood provides a feedback signal to guide stimulation. But a second, equally critical, problem to solve is to learn how stimulation modulates brain signals and consequently mood. So we have also been devising a framework to systematically and automatically learn the effect of stimulation on brain signals9. We plan to use the mood decoders together with this framework to develop future closed-loop control algorithms and BMIs that adjust the stimulation in real time in DBS therapy for depression. Further, many of the same algorithms that we developed to decode mood, may be applied to build decoders for other neuropsychiatric disorders such as chronic pain, addiction or post-traumatic stress disorder to track their symptoms in real time. Such neuropsychiatric state decoding will get us closer to solving a standing challenge in neuroscience: closed-loop control of brain networks to treat intractable neuropsychiatric disorders in the future. 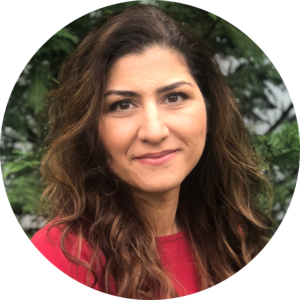