Rise of the Synthetic Peptide Cell

Peptide-based reaction compartments call attention as an alternative route for novel synthetic cells being built from the ground up.

In a nutshell, life is the self-organisation and the complex interaction of many molecular components with the single cell as its simplest form. For the creation of such a cell from scratch, one has to design the ability to grow, to divide and to replicate its genetic template. These aspects have been already studied in vitro, for instance, compartmentalized protein expression and DNA replication or amplification in vesicles1,2, the production of phospholipids inside lipid vesicles3, the growth and division of fatty acid vesicles4, etc. But all these facets need to be coupled and coordinated, ideally through the application of general principles.

From our perspective, the creation of a simple reaction compartment is a reasonable first step, because it would be the "habitat" for the production of the synthetic cell's building blocks and the replication of its genetic template. Our basic idea is not to copy a natural cell and its components, but to use simple biochemical components and processes. Therefore, instead of lipids as the amphiphilic membrane component we designed an amphiphilic elastin-like peptide (ELP)5. It can be easily expressed in vitro, its hydrophobicity resp. hydrophilicity can be designed as desired and it forms vesicles. Inside these vesicles we wanted to produce the required components.

We created our synthetic cell model by resuspending dried amphiphilic ELP (Fig. 1a) abbreviated as EF from glass beads using a swelling solution. The latter was encapsulated during the budding process (Fig. 1b) and can contain PBS or more complex solutions such as bacterial cell extracts. The size of the resulting vesicles was around 200 nm. In the next step we encapsulated a transcription mix (TX), which consisted of rNTPs, electrolytes, T7 RNA polymerase, the DNA template for the dBroccoli RNA aptamer and the fluorophore DFHBI. Upon transcription of the RNA aptamer the latter started to fluoresce. Subsequently we encapsulated the bacterial cell extract (TX-TL)6 and successfully demonstrated the transcription-translation reaction by the expression of the fluorescent proteins mVenus and YPet inside the vesicles.

Finally, we encapsulated the TX-TL system and the plasmid containing the gene for EF (Fig. 1c), and could show the correct expression of the amphiphilic peptide. After some incubation time we were able to measure a diameter increase from about 150 - 200 nm to about 330 nm (Fig. 1d). From the found diameters we could also estimate that the final number of EF was 4.4 larger than initially present. To proof the incorporation of the expressed peptides and thus the growth of the membrane from within we utilized a FRET assay. We modified EF either with the dye Cy3 or the dye Cy5 and formed the vesicles, which exhibited acceptor fluorescence when the donor was excited. Upon the expression of non-modified EF at the inside the acceptor signal decreased and the donor signal increased due the EF incorporation into the membrane (Fig. 1e).

At the moment the vesicles are still small compared to bacteria or mammalian cells. But we are full of confidence that we can create vesicles up to 100 µm and that we can make them grow and divide. The ultimate goal would be to replicate an encapsulated genetic template encoding the required building blocks and to couple the vital processes for replication, growth and division. At this stage we will also be able to study the evolution of our synthetic peptide cells under various environmental conditions and even simple models of heredity. 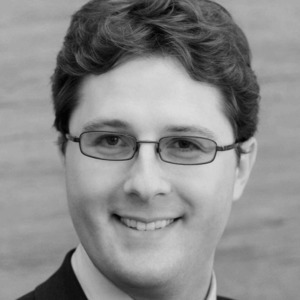