Vascularization is a fundamental aspect of tissue engineering and a major challenge when aiming to construct thick tissues, such as skeletal muscle.

Vascularization is a fundamental aspect of tissue engineering and a major challenge when aiming to construct thick tissues, such as skeletal muscle. I had the privilege of pursuing my PhD in the lab of Professor Levenberg from the Faculty of Biomedical Engineering at the Technion, who, for over a decade, has been seeking to develop various types of vascularized engineered tissues.

During my PhD research, we aimed to construct a vascularized human skeletal muscle composed of human cells obtained from adults. For this aim, we collaborated with Professor Moshe Flugelman, whose research lab at the Carmel Medical Center in Haifa has been isolating vascular cells from elderly patients in order to treat peripheral arterial diseases. As a first step, the vascular potential of these elderly patient-derived vascular cells had to be established (Figure 1) 1. To our great surprise, we discovered that these cells not only formed vascular networks in vitro when cultured on 3-dimensional scaffolds, but even performed better than the young and highly potent human umbilical vein endothelial cells (HUVECs), that served as control1. These promising findings demonstrating feasibility of vascular cell isolation from elderly patient, as well as their expansion and use for pre-vascularization of engineered constructs and induction of host vessel invasion into the implant upon implantation, were published in Molecular Therapy1.

Gene therapy techniques were then applied to optimize and accelerate the implantation process, and ultimately increase the clinical relevance of the isolated cells (Figure 2a). The isolated endothelial cells were transduced to secrete angiopoietin 1 (ANGPT1) and the isolated smooth muscle cells to secrete vascular endothelial growth factor (VEGF). Neovascularization and host-vessel invasion into the implant were intravitally imaged and monitored via a home-built abdominal imaging window (Figure 2). Four different abdominal windows (Figure 2b) were assessed before finding the one that suited our needs and that remained in place for at least 14 days. The selected window was based on the one described by Ritsma et al.,2 with some modifications, to allow muscle visualization as opposed to internal organ visualization. The visualization process itself also posed major difficulties; confocal microscopy images tended to be out of focus due to the mouse respiratory movements. To overcome this problem, we developed and manufactured, in our faculty machine shop, a stabilizing imaging device, which allowed us to distance the implanted tissue from the internal organs, which yielded a much more focused image (Figure 2e). Use of gene therapy enhanced the maturity and length of spontaneously forming vessel-like networks in vitro, shortening the required in vitro culturing time. In addition, it promoted myogenesis and host-vessel invasion to the implant in vivo (Figure 2f). While, as a proof of concept, we focused on skeletal muscle tissue, this technique can be easily translated toward construction of other types of vascularized engineered tissues, by integrating a relevant tissue-specific cell type in the tri-culture. Since these genetically modified vascular cells, have been cleared for clinical trials and can be used to construct autologous vascularized tissues, we hope that these results will bring us a step closer to utilizing engineered tissues in the clinic and to overcome autologous tissue shortage. 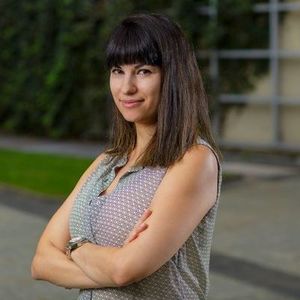