Making eukaryotic cell-mimics that can communicate and quorum sense

How to assemble non-biological and biological materials into artificial structures that look and behave like cells.
Henrike Niederholtmeyer
Postdoc, University of California, San Diego
Follow
Liked by Ben Johnson

It is remarkable how tiny, biological cells manage to organize and control thousands of biochemical reactions in their interior and how they coordinate with other cells to form multicellular consortia and complete organisms. Inspired by the capabilities of living cells some scientists are trying to build from scratch artificial structures that resemble living cells using only simple chemical building blocks. We are still far away from an artificial cell that one can consider as “alive” and that can do as well as natural cells. However, while we are trying to mimic biology we get a better understanding how natural cells function, and one day we might end up with microscopic machines that can perform specific tasks or produce chemicals for us.

What is great about engineering artificial cell-mimics is that we are not limited to the biochemical processes and building blocks that nature uses. Living cells have phospholipid membranes but we can engineer artificial cells with completely non-natural membranes that are more stable and more permeable. I came across a neat paper1 about producing porous polymeric microcapsules in a microfluidic device. We thought polymer membranes might be more stable and more permeable than lipid membranes. Additionally, microfluidic production of our artificial cell-mimics might result in highly uniform populations of cell-mimics. But would we be able to encapsulate biomolecules and get gene expression to work inside these unnatural membranes? For it to work we needed a way to trap DNA inside cell-mimics. Another interesting paper2 described a hydrogel formed from clay minerals and DNA that left DNA accessible for mRNA synthesis. Could we use a hydrogel to confine DNA to cell-mimics?

We gave it a shot and it actually worked! It was an exciting moment to see my first polymeric cell-mimics under the microscope. To check for encapsulated DNA, I added a fluorescent dye and saw something interesting. It looked like our cell-mimics had “nuclei”. I could see small bright spots in all of the cell-mimics containing DNA. The hydrogel had condensed into round structures in the cell-mimics’ interior that resembled a cell’s nucleus. Just like real, cellular nuclei, our artificial nuclei could express genes. We tested this by expressing a fluorescent reporter protein, which we had fused to a DNA-binding protein, so that it accumulated in cell-mimic nuclei that contained DNA with binding sites.

With their plastic membrane and their clay mineral nucleus our cell-mimics are made of non-biological materials. Nevertheless important biological processes like transcription and translation worked well showing that we can combine biological and non-biological materials to build artificial cells with new functions. We showed that cell-mimics were able to communicate with neighboring cell-mimics and collectively sense their population density similar to bacterial quorum sensing. We are excited to find out how our cell-mimics can be developed further in the future. We envision that communicating cell-mimics could be assembled into synthetic tissues, in which genetic networks cause patterns to emerge in large, multicellular arrangements. 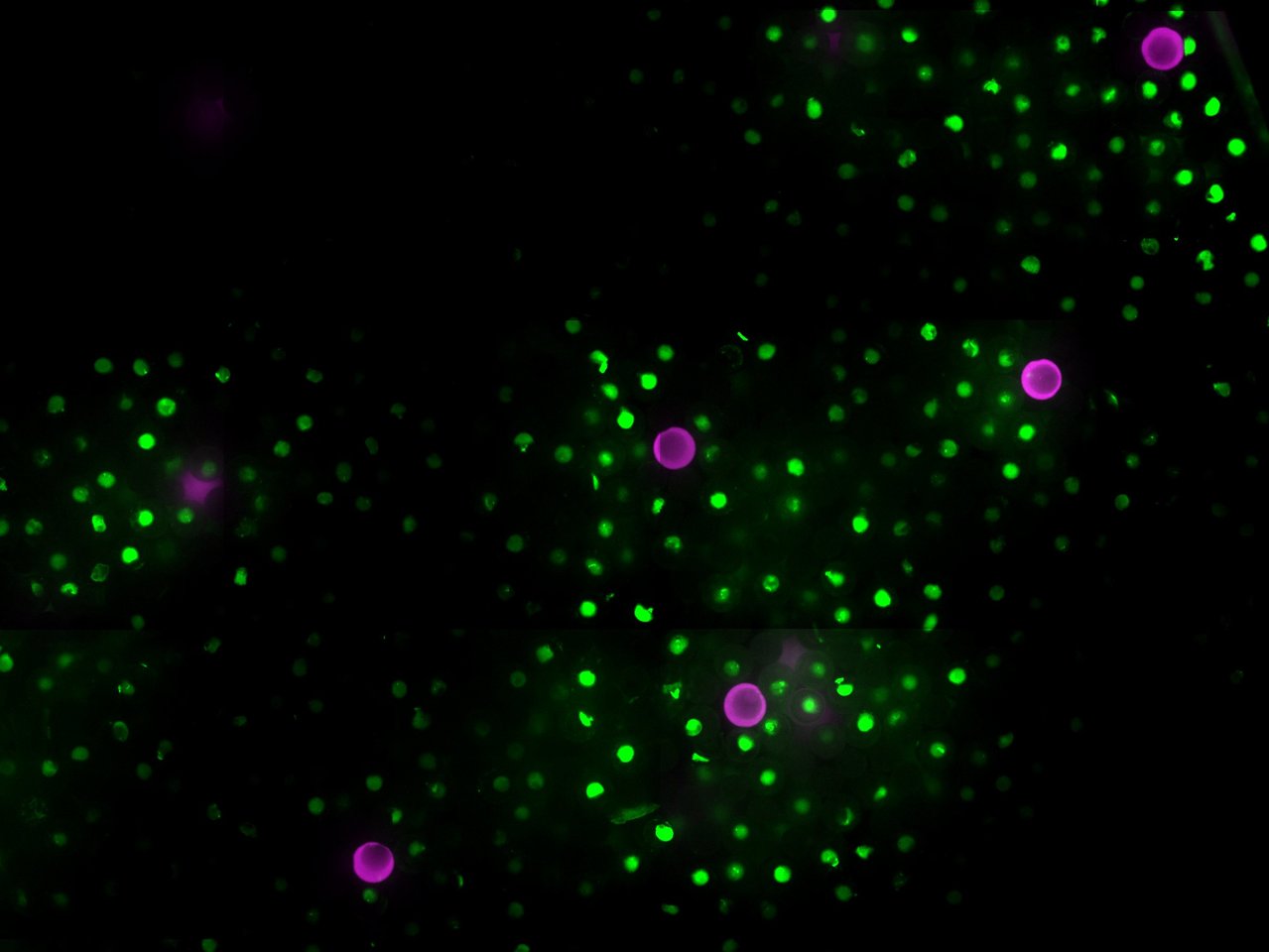 Making eukaryotic cell-mimics that can communicate and quorum sense

How to assemble non-biological and biological materials into artificial structures that look and behave like cells.