In our latest article in Nature Biotechnology (Springer Nature, 2018), we expound on a novel approach to the quantitative assessment of transient protein-protein interactions (PPIs) at the single-molecule level. PPIs are brief physical associations between two folded proteins in aqueous phase. Our approach utilizes a unique protein biosensor containing a modular nanostructure. Such platforms are a boon to proteomics, particularly protein profiling and biomarker research. Our paper marks the culmination of a remarkable journey, one with many detours and obstacles. That we have finally manufactured a single-polypeptide-chain nanostructure capable of detecting transient PPIs, one interaction at a time, is a source of deep satisfaction. We rely on a selective sensor in which water-soluble and hydrophobic domains refold from denaturing conditions. The sensor is like a fishing rod with three parts: a protein receptor (R) in the form of a hook; a hexapeptide tether (T), which is similar to a short, flexible line; and a signal transducer (t-FhuA), functioning like an angling rod (Fig. 2a). The transducer is a major truncation of ferric hydroxamate uptake component A (FhuA), an outer-membrane, beta-barrel protein of E. coli. In this way, t-FhuA forms a nanopore that facilitates the transmembrane permeation of ions, leading to a uniform current.

Our biggest challenge is detecting transient PPIs outside the nanopore interior—a situation exacerbated by the dimensions of the folded, interacting proteins being greater than the cross-sectional diameter of the nanopore. The current modulation, as a readout of this selective sensor, occurs only when molecules partition into the interior of the engineered protein nanopore or go near its entrance. Initially, we thought we could detect PPIs with a protein receptor-containing protein nanopore. This assumption stemmed from published research, in which our predecessors used small to medium-sized, tethered ligands to detect single folded proteins outside the nanopore.1-3 Detecting folded proteins with a single-tethered protein receptor of a nanopore, however, was still a pipedream. A big hurdle was transducing the physical associations between two folded proteins in the aqueous phase into a high-fidelity electrical readout. Thus, we decided to fuse a polypeptide tail adaptor (O) to the N terminus of a protein receptor-containing protein nanopore (Fig. 2a).

This decision marked a turning point for us, as the adaptor expedited the conversion of an electrostatically driven mechanical process of reversible PPIs into a high-fidelity, electrical readout via t-FhuA. The adaptor, which facilitated high temporal resolution of PPIs, was essential to the success of the project. It bears mentioning that the adaptor reduces the unitary conductance of the nanopore, populating its quiet open substate with frequent current spikes (Fig. 2b, 2c). This signature enables us to witness the alternation of quiet and noisy open substates, corresponding to binding (Ooff) and release (Oon) events, respectively (Fig. 2d). Whereas protein-protein binding appears through a transition to a quiet substate, protein complex dissociation is revealed by a transition to a noisy substate.

Figure 3: Detection of transient PPIs in mammalian serum (fetal bovine serum, FBS).(a) Cartoon that shows a selective nanopore sensor in fetal bovine serum (FBS). (b) Single-channel electrical signature of the selective sensor in FBS when the protein ligand (L) is present in solution at a low-nanomolar concentration.

Because PPI events occur the outside the nanopore, we are able to replicate their detection at a single-molecule resolution in a heterogeneous solution—specifically, mammalian serum (Fig. 3a). This is because nonspecific events resulting from the partitioning of the solution constituents into the nanopore lumen cause its current blockages. PPI events (Fig. 3b), however, are detected outside the nanopore. Mapping PPIs this way could be opportune, particularly with challenging conditions, such as complex biological fluids extracted from cell lysates and biopsies. Our method may also grow to encompass single-molecule protein detection in heterogeneous solutions—an activity undergoing laboratory testing in our research group at Syracuse University.

ACKNOWLEDGMENTS. The author of this post is grateful to Avinash Kumar Thakur and Robert Enslin for their help in preparing this blog article. 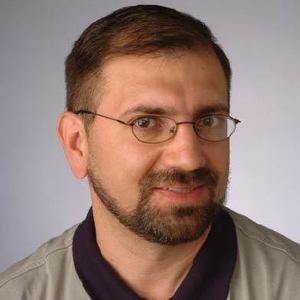