The CRISPR baby furor is a clarion call to scientific and government bodies to define acceptable candidate diseases and minimal technical requirements for germline gene editing and to redouble outreach to, and oversight of, IVF clinics.

One rogue step for germline editing researcher, one giant leap backward for germline editing research—it was hard to escape this conclusion while listening to Jiankui He recount his claim of having successfully gene-edited twin baby girls, Lulu and Nana, to an incredulous audience at the Second International Summit on Human Gene Editing in Hong Kong. His decision to establish the pregnancy—with such a woefully incomplete picture of the changes introduced and a seeming disregard for the twins’ welfare—prompted swift and near-uniform condemnation from the international scientific community. The Chinese government denounced the work and moved quickly to shutter further experiments in He’s lab. The US National Institutes of Health (NIH) characterized the experiments as “deeply disturbing.” But Lulu and Nana still foreshadow a sobering truth: gene-edited babies are surely coming: CRISPR reagents are ubiquitous, and their eventual adoption by in vitro fertilization (IVF) clinics worldwide seems inevitable. So the research community must now re-lay the groundwork both to minimize risks for future babies and to foster societal debate on germline therapy.

As Nature Biotechnology went to press, the Southern University of Science and Technology in Shenzhen, where He is faculty, announced an independent investigation into his babymaking project. By implanting gene-edited human embryos via IVF, He blindly blundered into a realm of research where simply not enough is understood in terms of both basic embryo biology (DNA repair, p53 status, aneuploidy, mosaicism) and human genetics. He crossed numerous other ethical lines with regard to consent and study design (see p. 20).

The work was mostly carried out in secret—with the complicit knowledge of a few US researchers—and He failed to publish any of his claimed research in mice and monkeys or his in vitro experiments on human embryos. The stack of ethical and scientific problems with the work probably precludes acceptance by any peer-reviewed journal or preprint server; it is unlikely to contribute knowledge or benefit others who might participate in future germline editing.

He’s choice to edit the gene chemokine-related receptor 5 (CCR5) for HIV resistance is particularly puzzling. As HIV infection is treatable, the medical necessity of inactivating CCR5 in unborn infants is, as the NIH put it, “utterly unconvincing.” And, in any case, it remains unclear whether the novel edited deletions introduced into Lulu and Nana even confer HIV resistance.

For the community, the challenge now is to map out what an acceptable germline editing clinical protocol would look like. In the past three years, expert opinion on clinical germline editing seems to have shifted from “It would be irresponsible to proceed” (US National Academies, 2015) to “[there are] circumstances in which heritable genome editing interventions should be permitted” (italics ours; Nuffield Council on Bioethics, 2018).

One starting point for practitioners and public alike would be a list of compelling disease candidates for germline engineering—highly penetrant, monogenic conditions that cannot be circumvented in other ways such as somatic gene editing and other therapeutic interventions or be screened out by preimplantation genetic diagnosis.

To justify gene editing even in these 'best-case' scenarios, the community needs to tackle off-target edits. Current single-cell sequencing cannot rule them out because it achieves only ~80% genome coverage, and allelic dropout further reduces the probability of identifying heterozygous off-target mutations. Newer base-editing techniques that don’t introduce double-stranded DNA breaks may be one solution.

Another aim must be to establish a minimum set of in vitro, in vivo and in silico tests that provide confidence that CRISPR-induced off-target edits (including structural rearrangements) have been minimized and that on-target site changes are adequately characterized. The Genome Editing Consortium is already doing this for somatic-cell editing.

Then there is the challenge of genetic mosaicism (that is, cases where editing occurs differently in some cells or is absent). Very little is known about the biology of natural genetic mosaicism in embryos or adults. As editing during intracytoplasmic-sperm-injection fertilization can still result in mosaicism (due to heterogeneity in CRISPR activity in daughter cells), a potential workaround in germline engineering might be to edit the gametes themselves or germ stem cells. Given the increasingly hostile political environment with respect to embryo research in the United States, funding for such research might be hard to come by.

Finally, the community needs to recognize the need for greater public engagement over germline gene editing—and to diminish the public’s impression, based on a sample of one babymaker, that researchers in gene editing are arrogant, self-deluding, secretive, dissembling, misleading and incapable of self-control. Perhaps the efforts of the Association for Responsible Research and Innovation in Gene Editing will persuade the public otherwise, particularly if married with those of broader outreach organizations for promoting social justice. The UK’s public consultation on mitochondrial replacement therapy could provide a good model.

Most important, children and parents must be protected from rogue actors. Get information about germline editing before the public and, in particular, before prospective parents at IVF clinics (which, evidence suggests, are increasingly lax about consent). Efforts should be coordinated with the work of societies, such as the American Society for Reproductive Medicine and the International Federation of Fertility Societies. Given He’s substandard consent process, it may also be useful to produce consent forms specific for germline editing in several languages.

Above all, the gene-editing community as a whole must remain united and resolute. Scientists need to set own limits, then self-police them. Researchers have a responsibility to report rogue practitioners to regulators; regulators to clamp down on rogue IVF clinics. As NIH Director Francis Collins put it, “Without such limits, the world will face the serious risk of a deluge of similarly ill-considered and unethical projects.” 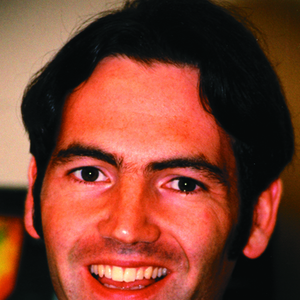 Andrew Marshall
over 2 years ago

Fabio Pulizzi
Nature Portfolio Bioengineering Community
We use cookies to help improve your experience. By continuing to browse our website you are consenting to our use of cookies.
Learn more