A vessel anastomosis is suturing two arteries or veins together and is applied during many different surgical procedures including coronary artery bypass grafting, critical limb ischemia (CLI) revascularization, transplant surgery, and reconstructive surgery. The frequency of these operations is increasing yearly and each vascular anastomosis is critical to surgical success. Monitoring of post-operative anastomoses can be done by trained personnel while patient is in hospital. However, the currently available methods for monitoring of blood flow after patient discharge from the hospital are inconsistent. Often times a decrease in blood flow or anastomosis failure is not noted until the opportunity to save the graft or bypass has passed, thus making repeat intervention required.
In this project, we wanted to develop a flexible, biodegradable sensor that is easy to implant during surgery and also has capability to send sensor data wirelessly outside the skin. The sensor would help surgeons to monitor blood flow across vascular anastomoses continuously after surgery. Early detection of decreased blood flow would lead to less morbidity. Furthermore, it could eliminate costly monitoring tests, decrease frequent subjective human evaluations, and limit time consuming clinic visits. The sensor consists of a pressure sensor wrapped around the artery and senses expansions and contractions. The capacitive sensor is also coupled to an inductor. Capacitance changes of the pressure sensor is monitored wirelessly by measuring S11 parameter through the inductor which corresponds to change in resonance frequency of the inductor-capacitor system.
There have been recent developments in developing flexible pressure sensors within Bao Lab at Stanford that were mostly focusing on wearable and robotics applications. With this project we had the chance to utilize these sensitive sensors as implantable artery monitoring devices. The project initiated in January 2017 by my advisor Zhenan Bao, Paige Fox, James Chang and my colleagues former Bao Lab and Fox Lab postdocs Clementine Boutry and Anais Legrand, respectively. In May 2017, myself and Yuki Kaizawa joined and completed the project. During the project, Chris Vassos supported us on antenna optimizations, Simiao Niu on simulations, and Helen Tran on synthesis of biodegradable materials.
One of the major challenges of the project was to develop the sensor using biodegradable materials which requires unconventional fabrication techniques. First versions of the device were built using poly(octamethylene maleate (anhydride) citrate) (POMaC) as encapsulation layers on both sides of the device. The most common method of fabrication of this polymer is a drop casting method. Our initial processes yielded thicker devices because the polymer shrinks considerably during overnight curing under ultraviolet lamp.  Because of this relatively thick (2-3mm) structure, it was not possible to successfully wrap the sensor around the artery, thus our very initial tests failed.  Then I optimized a spin-coating based process followed by a high-energy UV exposure to quickly cure the polymer. By changing the speed and optimizing the UV light time exposure I was able to get thinner structures. This helped us to decrease the device thickness to sub-millimeter.
During our 2nd tests we were more hopeful. According to Yuki, who was the surgeon placing the devices, it was much easier to implant the devices. We first implanted wired devices to measure capacitance changes of the sensor. However, as you can see in this video, we were not able to catch pulsations  from artery as the respiratory motion signal was more dominant. So, I changed the encapsulation layer that was touching the surrounding tissues to a PHB/PHV film, which has relatively rigid structure compared to POMaC. Additionally, after Yuki’s suggestion during implantation, we changed the single pressure sensor structure to a double structure, which allowed us to bend the sensor more easily. This also increased the contact area between the sensor and artery. After these design and fabrication improvements we were able to successfully record successful detailed tracings of artery expansion and contraction (video 2).
After these tests, we implement wireless devices and successfully recorded resonance frequency shifts. One of the challenges of this project was the sampling rate required for each measurement. Since we wanted to capture all the details of resonance shifts during pulsations, we needed at least 15-20Hz. However, with the vector network analyzer, we really had to push the limits of the equipment to go up to this rate. We anticipate that by building a custom device designed to operate in a very specific frequency range, this limit could be achieved.
We implanted the devices for 3 months and observed that all of the layers except the outer encapsulation layer had degraded. Further histological tests revealed no issues with vessel inflammation proving the potential of the device to be used as an implant.
Future plans for this biodegradable wireless sensor will include rigorous in vivo testing to determine the minimal vessel diameter for which pulsations can be accurately recorded, further assurance of tolerance with minimal inflammatory response and longer term function testing.  Additionally, we will work to improve the detection device design as we ultimately hope this sensor can be detected via a wearable. 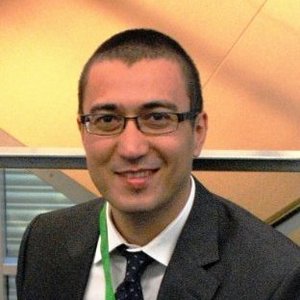