Implantable medical electronics, such as pacemakers and vagus nerve stimulators currently use stiff electronic materials with Young’s modulus of hundreds of gigapascal to interface with soft tissues with Young’s modulus in the range of kilopascal. The large mechanical discrepancy at the tissue-device interface in current implantable medical electronics can cause electrode dislocation, motion artifacts, scar tissue formation and immune response.

In our work just published in Nature Biomedical Engineering, we address this challenge by developing a jelly-like electronic device, i.e. hydrogel-based stretchable microelectrode array for neuromodulation. We demonstrated the capability of controlling the leg and toe movements in living mice at lower voltages compared to conventional platinum wire electrodes. The soft nature of our implanted stretchable thin-film microelectronics was shown to provide a stable neural interface and excellent long-term biocompatibility with minimal immune response.

In a decade-long quest on artificial skin research, our group has developed fundamental knowledge on soft electronic material design. They enabled sensor and circuit based on soft organic materials to mimic skin functions, such as mechanoreceptor [1] and artificial afferent nerve [2]. By mimicking biological sensory nerves, the soft organic electronic system detects physical cues, such as pressure and “translate” them into neural-like signals, just like our skin. Besides the sensing and signal processing, the neural interface that sends the signal to nerve system also requires biomimicking approach. When I first got started the in Professor Zhenan Bao's group in 2015, a big challenge at that time was the lack of miniaturized soft bioelectronic interface and therefore we set a clear goal to develop soft and stretchable microelectronics neural interface to close the mechanical gap.

At that time, a conducting polymer PEDOT: PSS based soft stretchable conductor was developed in our group [3]. However, the conductor cannot be directly applied for implantation, because it contained toxic ionic liquids. In order to remove the ionic liquid, we soaked it in water multiple times. Surprisingly, not only the ionic liquid was removed, the PEDOT:PSS anisotropically swelled in out of the plane direction and formed a highly electrically conductive hydrogel. Using the anisotropic swelling property, we developed a micropatterning technique, which allowed us to pattern the conductive hydrogel into microelectrodes with feature size of 20 mm. In parallel and together with Dr. Jia Liu, we developed a photolithographically process for patterning a stretchable perfluorinated polymer, PFPE-DMA. The layer-by-layer photolithography patterning process allowed us to make a soft and stretchable microelectrode array, including the electrodes and interconnects (Figure 1). Besides reducing the mechanical mismatch, another advantage of using hydrogel as electrodes as well as the interconnects is that it also lowers the interfacial impedance. The low impedance allows us to electrically stimulate periphery nerve with lower voltage compared with conventional electrode material such as platinum as shown in Figure 2. This could lower the voltage constraint on designing power system implantable electronics in the future.

We envision the future bioelectronics, especially implantable electronics to embrace a human-centric design. Our future plan includes further development of the soft and miniaturized electronics and incorporate new features such as electrophysiological recording and biomolecular sensing. 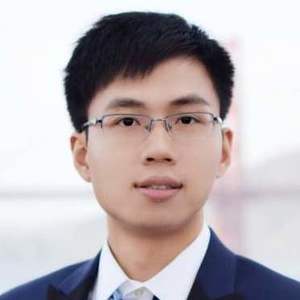