Nanosensors of the activity of the protease granzyme B, which release a cleaved fluorescence reporter that filters into urine, enable the early diagnosis of acute transplant rejection in mice.

Today, organ transplantation is the only effective therapy for end-stage organ diseases. Every year in the US alone, more than 30,000 transplant surgeries are performed despite well over 100,000 men, women, and children needing this life-saving procedure. A key barrier to successful transplantation is acute transplant rejection, in which host immune cells, predominantly T cells, recognize and destroy the foreign transplant. Detecting the onset of acute rejection is crucial for the long-term health and survival of transplant recipients; however, the core biopsy remains the diagnostic “gold” standard despite its invasiveness, risk of morbidity, and limited predictive power.

During acute rejection, recipient’s T cells migrate to the transplant and secrete many effector molecules, including the serine protease Granzyme B, to direct the killing of cells from the donor organ. Since elevated Granzyme B expression has been shown to correlate with and even precede the onset of acute cellular rejection, our team hypothesized that a sensitive diagnostic that focuses on Granzyme B activity could allow for early detection before significant tissue damage occurs. In this study, we developed activity nanosensors consisting of iron oxide nanoparticles coated with peptide substrates specific for Granzyme B. Upon systemic administration, these nanosensors sense Granzyme B activity within the transplant, amplify the detection through enzymatic turnover, and direct the clearance of this signal into urine for noninvasive and early diagnosis of acute transplant rejection (Fig. 1).

As our nanosensors were designed to monitor extracellular proteases, it was not entirely clear from the beginning that we could detect Granzyme B, which is known to be locally secreted into the immunological synapse that forms between T cells and their targets. However, with evidence supporting the detection of extracellular Granzyme B, including those showing its presence in blood samples from cancer and rheumatoid arthritis patients, we were determined to conduct a few preliminary studies to assess the feasibility of our idea. Using an ELISA to measure Granzyme B from coculture supernatants of T cells incubated with target cells, we were very excited to discover that significant amount of Granzyme B was released into the extracellular space during T cell killing.

Based on these promising preliminary results, we synthesized the activity nanosensors and found that they were specific to cleavage by Granzyme B and could detect T cell cytotoxicity in in vitro T cell killing assays. We then utilized the well-established skin graft mouse model of acute cellular rejection to characterize the in vivo performance of these nanosensors. In mice receiving both a genetically mismatched (allo-) and a genetically identical (iso-) grafts, the nanosensors preferentially accumulated in the skin allograft soon after transplantation (Fig. 2a). The same inflammation processes that increase local vessel permeability and immune cell infiltration at the onset of rejection are likely responsible for this enhancement in nanosensor uptake. Next, we conducted urine studies and found that administration of nanosensors led to elevated urine signals from mice bearing skin allografts, allowing detection of acute rejection several days before features of rejection were apparent (Fig. 2b). In contrast, we did not detect this increase in urine signals in isograft mice or allograft mice depleted of CD8 T cells, confirming that the nanosensors indeed monitored processes associated with T cell-mediated acute rejection.

Looking back at that first ELISA data validating the extracellular presence of Granzyme B, we have come a long way in our goal to establish the guiding principles for designing nanosensors that noninvasively monitor the dysregulated states of the immune system. Moving forward, this technology will benefit from the expansion of a single Granzyme B probe into a library of nanosensors that monitor activities of multiple transplant-associated proteases simultaneously. We envision that one day, the high risk and often-inaccurate core biopsy can be replaced by a bolus injection of these nanosensors, which noninvasively resolve rejection activity into individual mechanisms to allow better and more personalized transplant management. 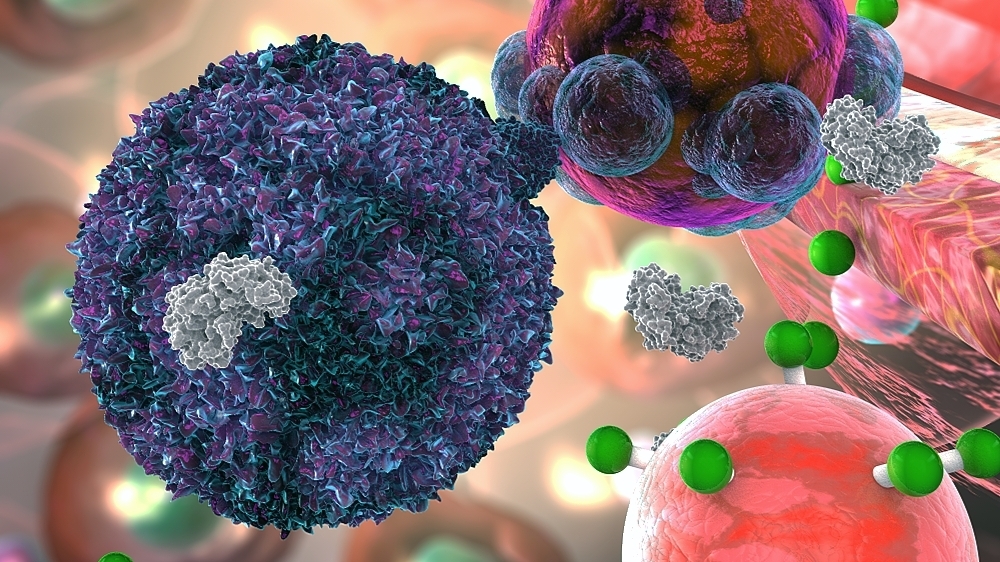