As early as September 2014, we discussed the idea of performing a proteomic comparison of samples of the same type of cancer cell lines used for research in different laboratories. By that time we were puzzled by the reason why some studies that seemingly performed the same experiment in seemingly the same cancer cell line in different laboratories showed different or even contradictory results. By that time, we made some exciting technical advances at ETH Zurich, Switzerland. We could convincingly show that the SWATH mass spectrometry (SWATH-MS) technique we had developed (2) could indeed provide reproducible and highly accurate measurement on thousands of proteins in cell line samples between experiments and even between 11 research groups of six countries world-wide (later published as (3)). SWATH-MS is essentially a massively parallel-in-time mass spectrometric method.  Packets of peptides in complex samples are concurrently subjected to fragmentation, generating highly convoluted fragment ion spectra that then are computationally deconvoluted, using prior information about the fragmentation pattern of each peptide. This is in contrast to the more widely used data dependent analysis (DDA) in which specific peptides are sequenced sequentially. At the time we were confident that the technology would allow us to answer the important question whether and to what extent potential genotypic variability of a given cell line with the “same name” used in different laboratories induces proteomic and phenotype variations.  We decided to focus on HeLa cells, the first established human cancer cell line (4). Interestingly, the cells are simply reported as “HeLa” in the method section of >98% of by now ~100,000 PubMed publications that used this cell line. The next steps were straightforward – we contacted some collaborators and asked them to document their HeLa cell details (such as history, passage, medium used etc.) and to send us some aliquots.

We then propagated the samples we received in the same media and culture conditions in our lab and we comprehensively quantified the genome, transcriptome, and proteome dosages, as well as proteostasis and phenotypic responses in 14 HeLa cell variants received from13 laboratories worldwide.  We discovered significant heterogeneity between HeLa variants, especially between lines of the CCL2 and Kyoto variety. Importantly we observed progressive divergence within a specific cell line over 50 successive passages, i.e. within a period of ca. 3 months of culture in a laboratory. From the aggregate multi-omic datasets we quantified the response of the cells to genomic variability across the transcriptome and proteome. We discovered organelle-specific proteome remodeling and buffering of protein abundance by protein complex stoichiometry, mediated by the adaptation of protein turnover rates. By associating quantitative proteotype and phenotype measurements we identified protein patterns that explained the varying response of the different cell lines to Salmonella infection, as an example of a complex phenotype. Therefore, a strong Systems Biology perspective has been provided demonstrating that the HeLa cells from different providers and used in different research groups can yield diverse gene expressions patterns at different levels of gene expression and varied biological experimental results, even under identical culturing conditions, thus providing a new angle for understanding of the reproducibility crisis.

As the 2017 HBO film “The Immortal Life of Henrietta Lacks” indicated, the HeLa cells have broadly impacted biology and biomedical research. According to our multi-omic study, there are different versions of HeLa cells that are undergoing continuous evolution in part due to genomic instability and subsequent selection in different labs.

Several recent studies have highlighted significant problems with the use of human cancer cell lines, including cell line misidentification, cross-contamination and poor annotation, all of which affect the reproducibility of the results.  However, no studies have yet thoroughly and comprehensively determined the degree of variability in the proteomic makeup and the ensuing phenotypic consequences while one cell line is analyzed by different groups. Reproducibility is a cornerstone of scientific research and has gain unprecedented attention in the last few years.  The present paper analyzes the consequences of genomic variability for experimental biology. These are indeed profound. We also suggest how this issue could be addressed by the scientific community and we hope that these suggestions will catalyze a broad discussion on the issue and contribute to an increased understanding of the challenges generating reproducible results. We also clearly document that at this time competently used high throughput genomic and proteomic technologies can generate highly reproducible research results from identical samples, even across different labs. We conclude that a major source of poor reproducibility is neither incompetence nor ill will of scientists but rather the result of inherent variability of biological systems, a fundamental property of biology. 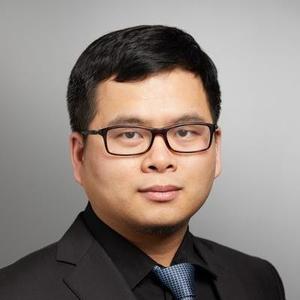 Dr. Liu joined Yale Cancer Biology Institute as an Assistant Professor of Pharmacology in December 2017. His research group at Yale aims to contribute to the development of Data independent acquisition (DIA) mass spectrometry and other proteomic techniques and their applications in Cancer Biology and Systems Biology studies. https://www.yslproteomics.org/
Follow