Triple-negative breast cancer (TNBC) is an aggressive form of breast cancer that is not fueled by the hormones estrogen or progesterone, nor by the HER2 protein; as such, it does not respond to modern hormonal therapies or medicines that target HER2 protein receptors. In this paper, we target POLR2A as a potential therapeutic strategy for human TNBC.

About 10 to 20 percent of breast cancers are considered triple-negative, which means that, unlike most breast cancers, this particular type is not fueled by the hormones estrogen or progesterone, nor by the HER2 protein.

While treatments for most other forms of breast cancer work by targeting one of these three avenues, triple-negative breast cancer (TNBC) does not respond to modern hormonal therapies or medicines that target HER2 protein receptors. As such, most TNBC patients are limited to chemotherapy as their only systemic treatment option.

Due to the lack of a targeted therapy option, TNBC patients often face a poorer prognosis compared with patients of other types of breast cancer. While we have seen dramatic advancements in breast cancer treatment in recent decades, TNBC patients are typically treated with conventional chemotherapy that is often associated with adverse side effects, drug resistance, and even cancer relapse or recurrence.

All cancers originate as the result of changes that have occurred within the genes of a cell or group of cells. In the case of triple-negative breast cancer, a gene known as TP53 is most frequently deleted or mutated.

But, TP53 is critical. It provides instructions for making a protein called p53 that helps prevent the development of tumors by stopping cells with mutated or damaged DNA from growing and dividing uncontrollably. Although many researchers have considered techniques to restore p53 activity, no such therapy has been translated into the clinic, owing to the complexity of p53 signaling.

Recognizing this, our research team has instead focused efforts on POLR2A – an essential neighboring gene of TP53. We chose this route because genomic alterations tend to be large regional events in the body. Most cancers that lead to the loss of a particular tumor suppressor gene also lead to the partial loss of nearby genes such as POLR2A, a gene that is essential for any cell to survive.

Although cancer cells can survive a partial loss of POLR2A, they become weakened and vulnerable to POLR2A inhibition. Knowing this, we hypothesized that targeted inhibition of POLR2A could potentially kill TNBC cells while sparing normal cells.

To explore this option, we looked to RNA interference (RNAi) with small interfering RNA (siRNA), a biological process by which RNA molecules inhibit gene expression or translation. This process can be used to precisely target virtually any genes – including those that may contribute to cancer growth.

The challenge, however, is that siRNA is extremely unstable in blood and in endosomes and lysosomes, the digestive system of cells.

To overcome these obstacles, we designed “nano-bomb” particles that we could use to protect POLR2A siRNA in blood circulation and carry the siRNA into the targeted tumor for cells to “eat.” The particles then generate CO2 gas to break open endosomes and lysosomes to ensure timely release of siRNA to inhibit POLR2A. We are confident that our findings offer hope that one day a nanotechnology-based precision-targeting strategy could be used to fight TNBC and many other types of cancer. 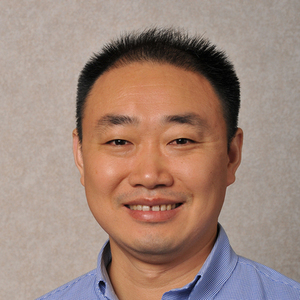