αPD-1-ABD-PE, A Knight Rising among Lymphocytes

Resolve autoimmune disorders without incuring immune deficiency? Too good to be true? A tiny popupulation of lymphocytes and a tri-functional protein may realize that dream.

Current therapies for autoimmune diseases, like multiple sclerosis and lupus, are unable to discern autoimmunity from normal immunity. People with these conditions often have to accept the lesser of two evils—autoimmunity or immune deficiency. The choice has only become tougher since the birth of cancer immune checkpoint therapy, which unleashes powerful immunological attacks on tumor cells.  Unfortunately, some of these punches also fall on healthy cells, such as insulin-producing bcells. The autoimmune side effects of checkpoint therapy make this treatment unsuitable for those cancer patients with pre-existing autoimmune disorders who would be extremely vulnerable to these side effects. The paucity of treatments for these patients galvanized our research pursuit that eventually leads to the unintended discoveries summarized in this Nature Biomedical Engineering article1.  While we started this journey on cancer immunotherapy, we ended up making new, unexpected discoveries in autoimmune disease therapy.

“We might have to identify and clear out self-fighting lymphocytes from cancer patients first so these patients won’t need to worry about autoimmunity,” suggested Peng Zhao, a graduate student in my laboratory. At this time, Zhao had focused his efforts on mitigating the autoimmune side effects for two years.

But, how can we identify these self-fighting lymphocytes? Soon, PD-1 came to our minds as a possible biomarker for self-fighting lymphocytes in patients with autoimmune diseases. We knew that anti-PD-1 antibodies promote the amplification and the effector function of PD-1-positive (PD-1+) cells. And, the treatment of anti-PD-1 antibodies worsened autoimmune disorders2. Following this line of thought, PD-1+ cells were found in the tissues attached by autoimmunity and these cells propagate diseases progress3. It was our eurekamoment in the lab as we approached PD-1 as a useful biomarker to identify and kill self-fighting cells.

With a goal in mind, we started to make our weapon. With no research to build on, our team began from scratch. Inspired by immunotoxins that were used to kill cancer cells, we created an immunotoxin for PD-1+cells¾αPD-1-ABD-PE.  The three components work as a commando team to gain access and stop the misfunctioning cells. αPD-1 is a functional miniature of an anti-PD-1 antibody that allows αPD-1-ABD-PE to bind with PD-1+cells and gain access to the cell. PE (Pseudomonas exotoxin), a potent, clinically approved protein toxin (related to Lumoxiti), kills the cell once inside. ABD is a protein domain that binds with albumin and allows αPD-1-ABD-PE to stay in circulation longer.

For me, a prefect, romantic metaphor of αPD-1-ABD-PE would be a knight riding on his horse (albumin) and among thousands of lymphocytes. There, Sir αPD-1-ABD-PE flawlessly catches and aptly pierces PD-1+lymphocytes while leaving many other lymphocytes untouched.

The imagination of αPD-1-ABD-PE turned into a reality when we exposed αPD-1-ABD-PE to PD-1+cells in vitro and in vivo.  αPD-1-ABD-PE demonstrates hundreds-time stronger toxicity to PD-1+cells than to other cells. It also reduced PD-1+ cells in tissues vulnerable to autoimmune attacks by several fold. Moreover, we were extremely excited when we observed that αPD-1-ABD-PE enabled mice suffering from experimental autoimmune encephalomyelitis (a mouse version of multiple sclerosis) to recover, even after they had been previously paralyzed by the disease. We believe αPD-1-ABD-PE also offers an effective treatment for autoimmune diabetes.

These discoveries underscore the therapeutic power of αPD-1-ABD-PE. At the same time, we were pleased to find that mice that received the treatment did not experience immune deficiency—they responded normally to vaccinations. The big take-away: depletion of PD-1+cells not only suppresses autoimmunity but also preserves healthy immunity, which is distinct from current treatments for autoimmune disease. For me, our long research pursuit has identified the “knight” who protects people with autoimmune diseases so they don’t have to settle for the lesser of two evils. 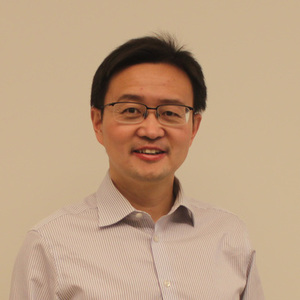