Who Cares About the IPO Market? 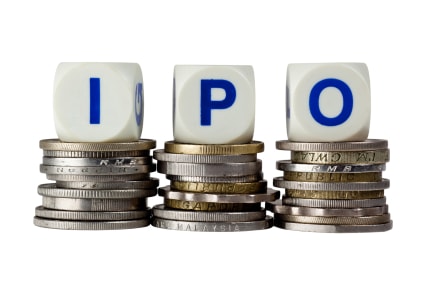 No doubt you’ve heard that the IPO market for biotech companies has been especially weak the last two years. Few companies went public in 2008 and 2009, and those that did raised less money than expected, at lower prices, and with significant insider participation or other sweeteners. But the IPO environment seems to be thawing, with more companies expected to go public in the coming months, which leads to the question: Is this really such a good thing?

Holding aside the numerous macroeconomic reasons in support of a favorable IPO environment, IPOs in the biotech industry have particularly important place in the financing “cycle of life”. Drug development is long and very expensive, and IPOs (the theory goes) provide significant growth capital to maturing companies in an amount in excess of what venture capitalists (VCs) provide. IPOs also provide an exit point for early investors, granting them liquidity and a reward for the risk they took in funding a nascent private company. Fewer robust IPOs, however, mean VCs see fewer profitable exits, resulting in portfolio companies maintained in portfolios longer , which means less capital for new companies. This generally results in lower returns for VC funds and less money allocated to new VC funds during the next fundraising cycle. So, just like in the wild, take away an important prey (the IPO exit), and the predators (VCs) either starve or adapt to a new niche. This seems to have occurred the last few years, as many investors have favored late stage deals, and done more in medical devices and molecular diagnostics. So, for the biotech industry to thrive, we need a favorable IPO environment, right? Well, yes and no.

Certainly, removing a potential source of capital for companies is bad. But the problem is that the public markets are not well designed for pre-revenue, pure R&D companies, which describes the vast majority of biotech companies. What the public markets do well is value companies with revenues and earnings, because earnings and the present value of future earnings, along with other quantitative metrics, provide a sound basis for assessing company performance and forward prospects. Without earnings, R&D companies are VERY difficult for public markets to price, and all the value must be based on the hope of future earnings, which may never materialize. Thus, the soft bases on which public biotechs are valued results in tremendous pricing discrepancies between competitors with similar profiles and significant volatility in stock prices since perceived value fluctuates with news flow instead of quantitative data on corporate performance.

Maybe the difficult IPO market for biotech companies isn’t broken at all. Maybe it was broken in the past; it wasn’t long ago, 2004-2007, when 20+ biotech companies went public per year. Is that rational market behavior? The Silicon Valley timelines of tech companies, just a few years from inception to IPOs, are possible because those companies are capable of rapid go-to-market strategies to prove their technologies and generate real revenues. But this is incompatible with the long, expensive product development paths in drug development. Today, institutional investors are applying stringent criteria to IPO candidates, by and large backing only very late-stage companies with commercial launches on the horizon or products already on the market. This seems completely rational, and my hope is that it reflects a new chapter in the biotech industry.