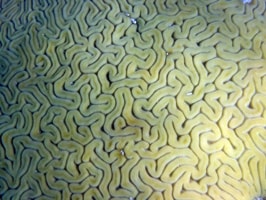 While President Obama is reported to be weighing a new American program for mapping the brain and neuro research, Israel’s President Shimon Peres is also doing his part to encourage neuro research. Peres played an active part in setting up a $1 million R&D award for a breakthrough in brain technology. This is open to applicants from around the world.

Known as the Global B.R.A.I.N (Breakthrough Research And Innovation in Neurotechnology) Prize, the award will be granted to an individual, group or organization for a recent breakthrough in the field of brain technology. The international judging committee is composed of distinguished leaders in neuroscience, technology and business, including three Nobel laureates: Profs. Eric Kandel, Daniel Kahneman and Bert Sakmann. The application deadline is March 15, 2013.

The prize will recognize an innovation on a path to commercialization with potentially significant impact to humanity. Innovations eligible for the award include:

The prize will be awarded at IBT’s Global Brain Technology Conference to be held in October, 2013. The prize is aimed at supporting further development of the winning technology. Full contest details, terms and conditions as well as an application form can be found here.

The website of the sponsor of the contest, Israel Brain Technologies, is worth visiting for anyone interested in finding a collaborator for neuro research. The website has a link listing researchers and companies involved in brain research.

Outside of New England and the Bay Area, there is probably no other hub with this much neuro research going on.