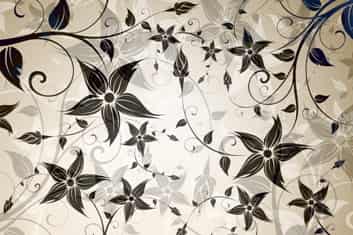 Now that the Israel monoclonal antibody forum exists, the reasons for founding it seem as obvious as do the reasons why it has become a success. The forum was the initiative of Tehila Ben-Moshe,  CEO of cCam Biotherapeutics,  who thought that  companies with MAb-based technologies like hers, especially start-ups, could benefit from one another by pooling information. She didn’t know how  many MAb companies were within driving distance, as there is no official breakdown of the local biotech industry according to technological platforms.

She also thought that scientists at some of the larger and veteran biopharma companies like Teva Pharmaceuticals and Curetech that were developing MAb-based products might be interested in sharing information and getting together with younger colleagues.

So about a half year ago, she spread the word that a MAb networking meeting would take place, and more than 20 people showed up, representing about a dozen companies. It turned out that those present, many new to the industry, had a lot to talk about. What lab processes could be out-sourced? Who were the best suppliers?

The forum now meets about once a month and usually features a guest speaker.  At a recent meeting, for instance, Patrick Haddad, visiting from France, presented  a new  joint CMO bioproduction platform, called MAbLaunch, a partnership between France’s LFB Biomanufacturing Group and Sanofi. Haddad combined his commercial presentation with a talk about the production of GMP cellular banks and their characterization, along with guidelines about the establishment and control of cell banks.

CM-10 derives from research suggesting that tumor cells leverage the CEACAM1 gene in order to evade detection and attack by the body’s immune system. cCam’s technology disrupts communication between the tumor cells and CEACAM1, enabling the immune system’s battery of NK and T cells to destroy the tumor cells.  Unlike Yervoy, a recently launched and highly-touted drug for metastatic melanoma, CM-10 is tumor-site-specific and  does not lead to a general activation of the immune system and ensuing adverse side effects

As bi-specific antibodies do not occur in nature, for drug developers to be able to produce them in sufficient quantity, purity and speed for clinical trials, producing them has until now posed a serious challenge. But Fusimab has developed a method that enables production of full length MAbs and antibody toxin fusion proteins in bacteria that may offer a significantly quicker route to drug discovery and manufacturing

The company has licensed a technology that enables the coupling of monoclonal antibodies with nanoparticles containing thousands of cytotoxic molecules. “This new technology allows us to deliver a higher payload of cytotoxics to the target,” explains CEO Daniel Teper. “Nothing is lost on the way. The nanoparticle opens only when it is inside the cell and because you have multiple antibodies the overall internalization to the cell is more efficient.”