Lithuania: The Next Start-Up Nation? 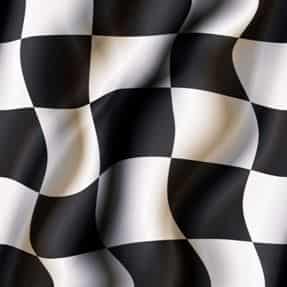 Lithuania could become a new hotbed of biotech activity,  with job opportunities and fresh domains for outsourcing and clinical trials, if the country is able to maintain the momentum it set into motion during the first Life Sciences Baltics Conference held in Vilnius in mid-September.

Lithuaniais hoping to jump-start the country’s nascent biotech industry. Lithuania’s  leaders, having  singled out Israel as a small country that has developed a successful biotech industry in a way that they would like to emulate, invited  a 120-member Israeli delegation to help provide content for the meeting.

The keynote speaker was Nobel-prize winner Prof. Ada Yonath of the Weizmann Institute. She was followed by  Israeli researchers and business people who led sessions on everything from the latest in stem cell technologies to different entrepreneurial models.

Will the Lithuanians succeed? Could they become the next ‘Start-up Nation’?

When I spoke to the Israeli participants at the end of the 3-day event, they pointed out a number of favorable factors, as well as barriers to overcome. Many noted that just attending the conference had played an important role in changing their perception of the potential for doing business in the Baltics. The fact that the first-time conference was able to attract about 800 people from around the world was in itself an achievement. (When Israel held its first national biotech conference more than a decade ago, only a small number of foreigners showed up.)

Like the Israeli industry in its early days, the two main selling points seem to be “good science + low costs.”

The “good science” goes back to the Soviet days when the Institute of Applied Enzymology was set up in 1975. Most Lithuanians don’t have much positive to say about the Soviet occupation, but it did leave a core competence in the area of reagents and enzymes for molecular biology and recombinant pharmaceutical proteins.

Successful commercial spin-offs include Sicor, which was acquired by Teva in 2006, and Fermentas, which was bought by Thermo Fisher Scientific.

Company executives at Teva-Sicor’s lab in Vilnius noted with pride that Teva’s biosimilar cancer drug tbo-filgrastim, which won FDA approval in August, is based on technology developed inLithuania.

Lithuania also has a proven track record in lasers, producing an estimated 10 percent of the global supply of lasers used for scientific research.

The “low-costs” available for outsourcing and clinical trials were apparent in tours provided at the Biotechpharma facilities, a private CRO, and at the Lithuanian University of  Health Sciences (LUHS).

(More than 100 Israeli students are estimated to be currently studying medicine at LUHS.)

A number of startups presented technologies in the exhibit and startup sessions, including a vision-activated wheelchair developed at the Kaunas University of Technology. All told, there are about 130 companies and 47 institutions operating in Lithuania’s life sciences. Not bad for a country of 3.3 million. And the number jumps to 200 companies and close to 100 if the companies and organizations in neighboring Latvia and Estonia are counted.

Lithuania also comes across as business-friendly. Most people speak flawless English, and the government offers a slew of tax incentives. With backing from the European Union, more than €400 million has been poured into the country’s R&D infrastructure since 2009, and Lithuania now has one of the fastest internet networks in the world. The country also offers advantages as a marketing hub, being located at the meeting point of the EU, Nordic and Asian countries.

One untapped resource that the country has is the estimated 1-million strong Lithuanian diaspora – expatriates living around the world, many in the US and quite a few working in the life sciences. The recent upswing in local biotech activity has already resulted in Vilnius’ Institute of Biotechnology recruiting 8 ex-pats from the US and a number of Lithuanian-American life science researchers attended the conference.

As one Israeli participant noted, a turning point in Israel’s biotech growth occurred when Israeli post-docs doing research in the US started coming back to Israel to seek jobs. The same could be happening today in Lithuania.

However in order for that trend to continue and for Lithuania to become a center of innovation,  the country will have to succeed in attracting foreign investment.  The lack of a local venture capital community, stock exchange and other financial institutions that provide risk-oriented capital is a drawback to this, as is the lack of experience in international IP and management.

But it could be that as the country invites foreigners to fill in the missing gaps in its business infrastructure, the life science industry could take off. Certainly, judging by the ambition and effort on display at the conference, they are off to the right start.