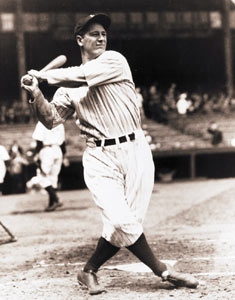 In the Israeli stem cell arena – contrary to what many expected – adult stem cells (ASCs) seem to be outdoing the embryonic ones (ESCs). Israeli researchers were among the pioneering developers of ESC technologies, due in part to relatively unrestricted government and societal support.

Unlike the US and many European countries, where political leaders opposed the use of human embryonic cells for research on the basis of Christian religious beliefs, in Israel, rabbinical authorities supported scientific exploration in this area for a positive reason, as well as for the lack of a negative one. Orthodox Jewish belief maintains that a human does not come into being until about 30 days after conception; there was a strong positive, since the same doctrine takes a very activist line about using every possible means to ‘save human lives.’

Consequently, Israel soon became the leading publisher of stem cell research per capita in the world (as reported in a 2006 German study by the Central Library of the Research Center Julich), and a national academic-industry consortium known as Bereshit (Genesis) was formed.

But despite a flurry of academic research, few ECS startups materialized. Currently only one company, Cell Cure Neurosciences, seems to be within reach of a clinical study. Cell Cure today is focused on an ESC product for age-related macular degeneration (AMD).

While the number of ESC technology-derived companies remains small, a substantial number of ASC companies have sprung up. Among them: Gamida Cell, with a Phase III trial underway for patients with blood cancers, such as leukemia and lymphoma, who cannot find a family-related matched bone marrow donor; Pluristem, preparing Phase II trials for placenta-derived stem cell products for the treatment of Peripheral Artery Disease and Critical Limb Ischemia; and TheraVitae with a product in a clinical trial for the treatment of angina pectoris.

Now, another ASC company is on the verge of a clinical trial: BrainStorm Cell Therapeutics, developer of an autologous technology that produces differentiated stem cell products, is about to begin a PhaseI/II study for Amyotrophic Lateral Sclerosis (ALS). The trial has garnered much attention, both because of its stem cell technology and as a consequence of the closely watched indication that is its initial target.

ALS is known to many as Lou Gehrig’s Disease, in reference to the famous American baseball player who was stricken at the height of his career in 1939 at age 36 and died two years later. The disease has completely frustrated researchers ever since, with no therapy being able to stop the almost certain and rapid deterioration that was also the fate of the protagonist in the American best-selling book, Tuesdays With Morrie.

BrainStorm has shown promising preclinical results with a technology that processes adult human mesenchymal stem cells derived from the patient’s own bone marrow. The treated stem cells are differentiated into astrocyte-like cells capable of releasing neurotrophic factors, including glial-derived neurotrophic factor (GDNF). The astrocyte-like cells are intended to be neuroprotective and have a positive impact on ALS as well as on other neurodegenerative conditions like Parkinson’s disease, multiple sclerosis and spinal cord injury.

BrainStorm’s trial will be the first differentiated stem cell human study in Israel, and only the second stem cell trial for ALS in the world, after the US-based Neuralstem clinical trial, using fetal neuronal stem cells, which began last year.

Although BrainStorm has yet to start its trial, it could actually finish ahead of the Neuralstem trial. The latter involves injection of stem cells into the spinal cord of the patient and the trial is moving ahead at a carefully monitored and measured pace. BrainStorm, with a relatively simpler and safer autologous technology involving injection into the muscles or spinal cord, could have preliminary results within 6 months of the start of its trial, scheduled to begin shortly.

It is still too early to say whether it will be an ASC or ESC technology that produces the first commercial product to reach the market; but researchers from both sectors agree that they all owe a fair amount to each other, as there has been a great deal of information sharing and cross-pollination of ideas. Despite the differing sources of the stem cells, many of the processes employ similar methods.

The pooling of Israel’s stem cell resources could gain an additional boost from an international source. According to a news report published earlier this year in the Globes financial daily, Roche Holding AG is about to fund the establishment of a new Israeli stem cell consortium. The consortium will be created in partnership with the local Pontifax VC fund and will based on the intellectual property rights of Israeli universities, in particular the research of Prof. Joseph Itskovitz-Eldor of the Technion Institute of Technology, and Prof. Nissim Benvenisty of the Hebrew University of Jerusalem.