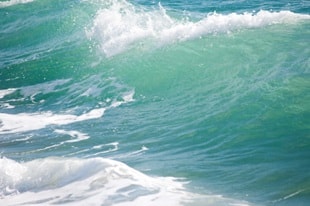 Israeli biotech comes full circle with the recent Rosetta Green success story. Rosetta Green, a company that specializes in identifying unique genes and developing improved plant traits for the agriculture and biofuel industries, has been purchased by Monsanto for $35 million.

It is the first Israeli biotech in the agriculture sector to make headlines in a long time, but it could be the beginning of a new trend. Today more than 90% of Israel’s life science companies, including well-known ones as Teva Pharmaceuticals and Protalix (developer of a new drug for Gaucher’s disease), are all in the biomedical domain, but it wasn’t always like that, and maybe things are changing.

The country’s first biotech startup, Bio-Technology General (BTG), today known as Savient Pharmaceuticals, was founded more than 30 years ago in order to commercialize a bovine growth hormone invented at the Weizmann Institute. It was typical at that time for talented researchers to be focused on agriculture, which then made up more than 75% of the country’s economy.

But BTG soon realized that there were greater opportunities in the human health market, and that its core growth hormone technology could be readily adapted to treat dwarfism and other disorders. As BTG began to develop the first human growth hormone, more and more researchers from Weizmann Institute and other Israeli universities began to work on drug-related topics, including the inventor of the growth hormones, Prof. Haim Aviv, who became a serial entrepreneur and founded several biopharm startups.

So perhaps it is not surprising that Rosetta Green is a spin-off of a parent human genomics company, Rosetta Genomics. Rosetta Green’s location in Israel works to its advantage, as plant genomics is heavily dependent on skills related to algorithms and other mathematical areas in which there is an interface between high-tech and biotech, and Israel has a growing pool of researchers who have acquired these skills in the country’s dynamic high-tech industry.

There is a second success story in the ag field: Evogene. Like Rosetta Green, it was created as a spin-off from a parent drug development company – Compugen, which specializes in bioinformatics. Evogene has a number of collaborative agreements underway with Monsanto and provided its investors with one of the highest returns for a biotech over the past year, as shares rose about 25%. These two companies might be at the forefront of a wave of successful, ag-biotech Israeli firms.