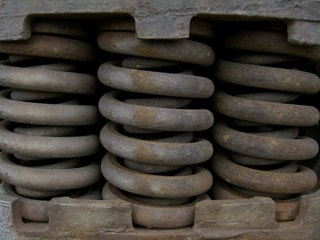 Biotech entrepreneurs looking for new ways to start a company on the global stage may find the example of Alma Bio Therapeutics inspiring and instructive.

The start-up with a platform technology in the field of auto-immune and inflammatory diseases was established in December 2011 by Irun Cohen, a professor emeritus at Israel’s Weizmann Institute; Raanan Margalit, an expert in preclinical drug development; and Dr. Binah Baum, an experienced biotech executive who is well-networked in the European bio-community.

The three Israeli founders established their business in the Basel Biotech Incubator in Switzerland and financed a preclinical trial out of their own pockets. In doing so, they have shown it is possible to establish a company outside of one’s  home turf and get to proof-of-concept without relying on outside investors.

Baum explains the choice of the Swiss location as being related to access: several big pharmas that are likely candidates for collaboration are in that area or nearby in Germany, Austria and France. Also, the European venue increases the startup’s visibility among angels and private investors. In Israel, by contrast, she notes that VCs are primarily focused on medical devices rather than early stage biopharma, though she says it’s possible they might establish a presence in Israel later on.

The company’s IP is based on original research by Prof. Cohen at the Weizmann Institute. Several years ago, that IP was reassigned back to the inventor by the Institute’s technology transfer agency.

As a combined result of the previous and current studies, Alma has already obtained six major patents. The company chose inflammatory bowel disease (IBD) as its initial autoimmune indication. At a later stage, it plans to apply its platform to chronic pathological inflammatory diseases.

Alma’s technology is built around leveraging heat shock proteins (HSPs) that are implicated in the immune system’s control over inflammatory diseases. Discoveries made in this area by Prof. Cohen have already led to the development of a drug by Andromeda Biotech for Type I Diabetes; it is currently in Phase III.

Alma’s goal is to treat IBD in a curative and non-toxic manner by introducing heat shock proteins in the patient’s body that can regulate the level of inflammation in a controlled manner. Rather than use recombinant proteins, the HSPs are introduced through changes in the DNA coding.

The entrepreneurs note there is no disease-modifying therapy available for IBD, a condition currently attracting intensive R&D efforts in the pharmaceutical industry.

Upon reaching Phase I/II, Alma’s founders are confident that investors are likely to gain a relatively fast and high multiple return once a deal is made with a pharma company.