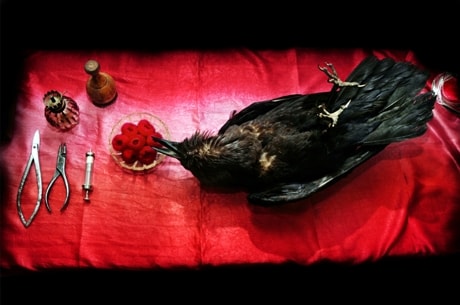 Imaginatively applying ideas from one discipline to a completely different area is often the source of innovation and entrepreneurial success.

In the Israeli life sciences industry, a good success story that was inspired by an external source is the Given Imaging camera capsule. The breakthrough medical device was invented by a scientist whose expertise was in developing video cameras that were placed on the tip of missiles. When Gabriel Iddan heard from a medical colleague about the difficulties gastroenterologists had pinpointing lesions in the spaghetti-like interior of the small intestine, he came up with idea of mounting a tiny camera onto pill and having patients swallow it. The result was a camera that broadcasts images back to a computer, much like a satellite in outer space, as it winds its way through the digestive tract.

And just as ideas can bring interesting results when they move into the life sciences, so too when they migrate outside.

Recently, an Israeli life scientist achieved international success in the world of art when he created a series of photographs drawn from the insights, reflections and experience that he had garnered during more than 30 years working in research labs.

Eran Gilat is a neurobiologist who has published extensively in journals such as Brain Research and Circulation. His hobby and passion for many years has been photography.

A few years ago he decided to do a photographic project that he called “Life Sciences” where the subject matter is biological tissue.

The result has been crowds lining up to see his photographs in recent exhibits in New York, London and Israel.

What makes Gilat’s “Life Science” series unique is not that the photographs are taken by a scientist or even that the images display biomedical content, but the incisive philosophical reflection that the photos offer. (His site, still under construction, is here.)

Gilat’s “Life Science” photographs generally document artifacts comprising some form of tissue, organ or dead animal that is juxtaposed beside antique medical instruments and other objects, including food and naked bodies. Impeccably lit, the radically juxtaposed artifacts are laid out in a surprisingly orderly way – as though some kind of inexplicable medical experiment is about to take place.

Gilat’s photography hobby moved him into the art world, and he joins a long line of scientists or entrepreneurs who have strong interests outside their chosen field. Craig Venter comes to mind, with his love of yachting. So does Sir Chris Evans and his infatuation with cars. Entrepreneurs often expand their interests or seek new challenges. What are others in biotech circles?